Mady McLanahan has opened up about her shock decision to leave Love Island USA, days after her budding romance with Andy Voyen was torn apart.

The star faced a tough few days in the California villa after her beau was sent packing in an earlier elimination, something she described as her ‘biggest heartbreak’.

During a surprise twist last week, the Islanders were forced to vote off one girl and one boy, with the 26-year-old volunteering herself, while Bryce Fins was also axed.

In a new interview on her decision, she insisted that she has zero regrets about the way she returned home.

‘I was really trying to stay positive and put myself out there. Just because I knew I owed it to myself, I needed to see if there was another connection … I was really trying,’ she said. ‘But then at the end of the day, all I could think about was Andy.

‘When it came down to it and I knew someone was going to have to leave, there was a voice inside of my head that was like, “You need to volunteer.” And when I said it, I was like, “Yeah, this is the right thing for me to do. 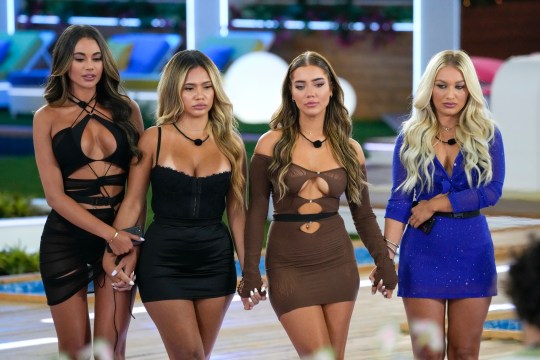 Mady (R) volunteered to leave the villa in a shock move (Picture: Peacock) 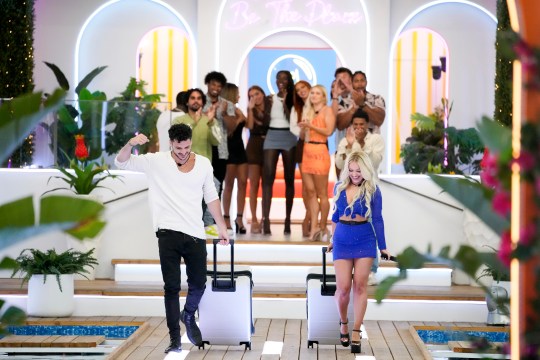 Bryce Fins was also booted out in the elimination (Picture: Peacock)

‘I knew it was time for my journey to end, and for someone else’s to begin.’

‘But it wouldn’t have been fair to anyone if I had stayed another week and my head still wasn’t in it,’ she added to Page Six.

Andy was booted out at the beginning of the month but vowed that he would wait for Mady on the outside, leaving his partner in tears. 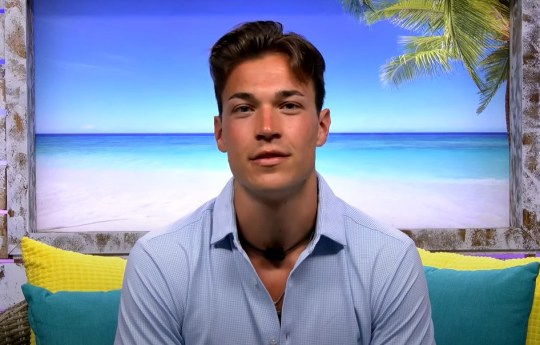 ‘I’m gonna really miss her and I’ll be waiting on the outside,’ he told the camera at the time.

The singleton initially attempted to move on with new bombshells but couldn’t find anyone else who compared to the real estate agent.

Now that they are far away from the confines of the villa, the pair have already discussed how their relationship can proceed with normality – and more than a few boozy brunches.

Mady added to the publication that she can ‘definitely’ can imagine a ‘good future’ with Andy.