LOVE Island’s Mary Bedford has revealed why she and Aaron Simpson broke up after a budding romance in the villa.

The pair seemed very close on the hit ITV series but their relationship ended abruptly just days after they returned.

Mary and Aaron left together – but the relationship quickly crumbledCredit: Rex

Asked about what happened during a Q&A, 22-year-old Mary said she had struggled to adapt to normal life after the death of her gran.

She wrote: “Coming out of the villa and finding out about the news of my grandmother completely threw me.

“I’ve never lost anyone close to me, so it has been really hard for me to be honest.

“As a result of this, my head is all over the place, and all I knew is that I wanted to be back home surrounded by my loved one.”

She added: “Aaron is an amazing person who has been supportive about everything since we left the show, but right now, there is no pressure on us.

“I will always be so grateful that we met as he’s a massive part of my Love Island journey.

“But I’m focusing on getting my head back in the right headspace which is why I haven’t been crazy active since coming out.”

Mary earlier said her gran died while she was in the Majorca villa and visited her in a dream “to say goodbye”.

And the writing appeared to be on the wall for her and Aaron when she brutally friendzoned him on Love Island’s Aftersun spin-off.

Host Laura Whitmore pressed them on what’s next for their relationship and Mary said Aaron was her “best friend”.

She explained: “I think we’re just gonna go home, when we’re back in the real world again and things are more normal we’re going to see how it goes, but I have definitely made a best friend in here.”

When Laura asked about a romantic connection, Mary replied: “We’ll see how it goes.” 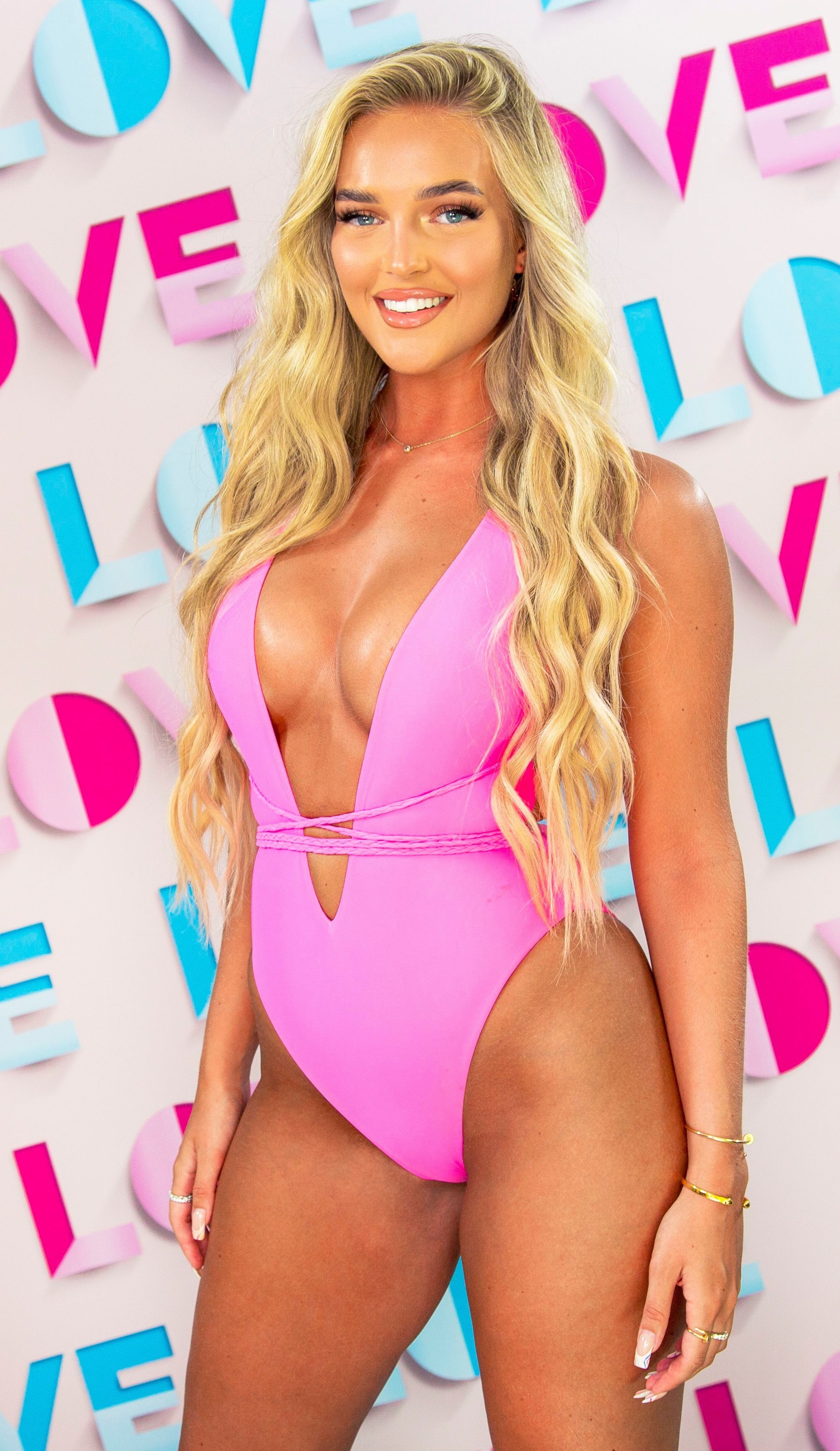 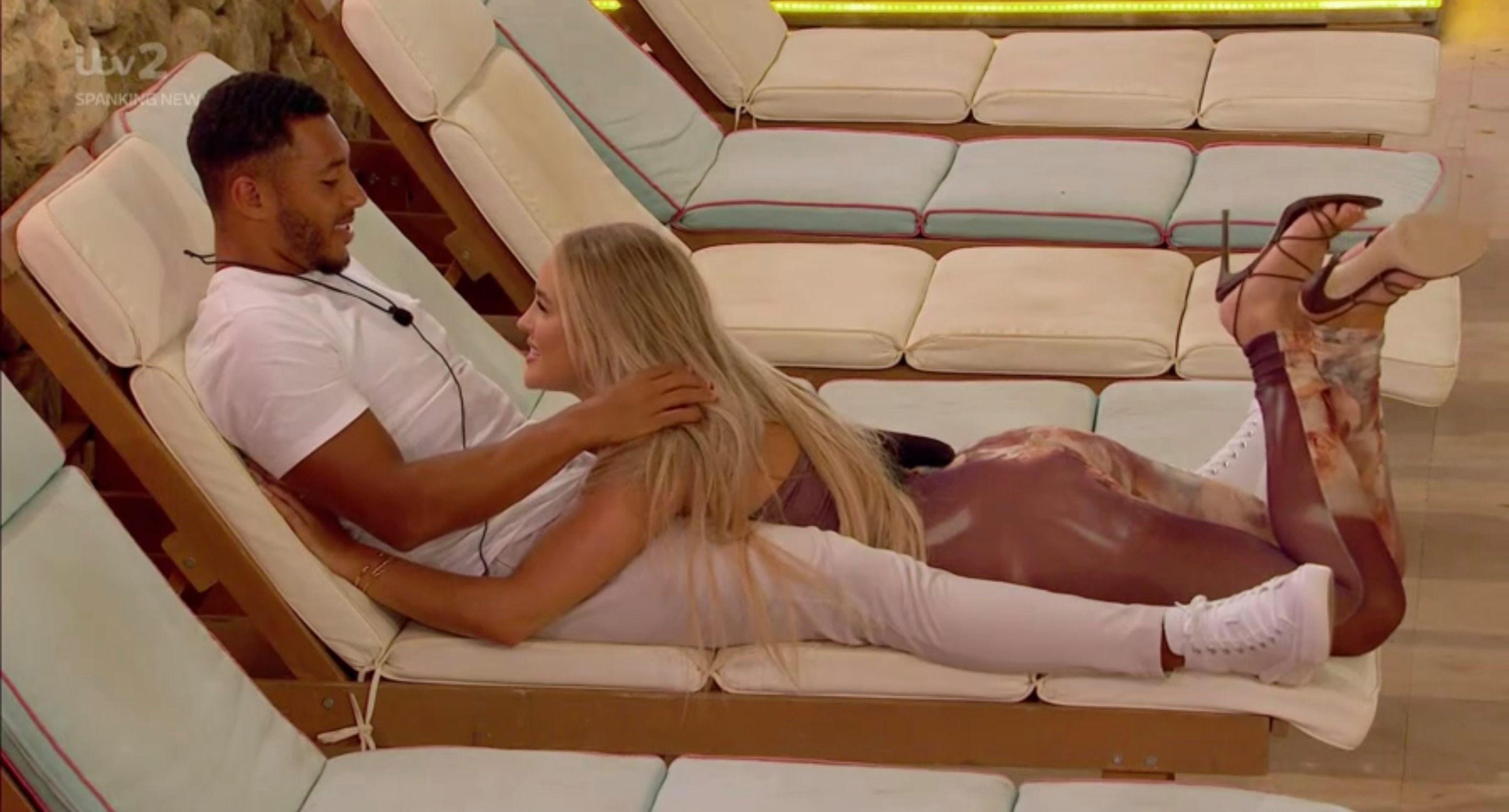 They seemed close in the villa – but it didn’t last on the outsideCredit: Eroteme 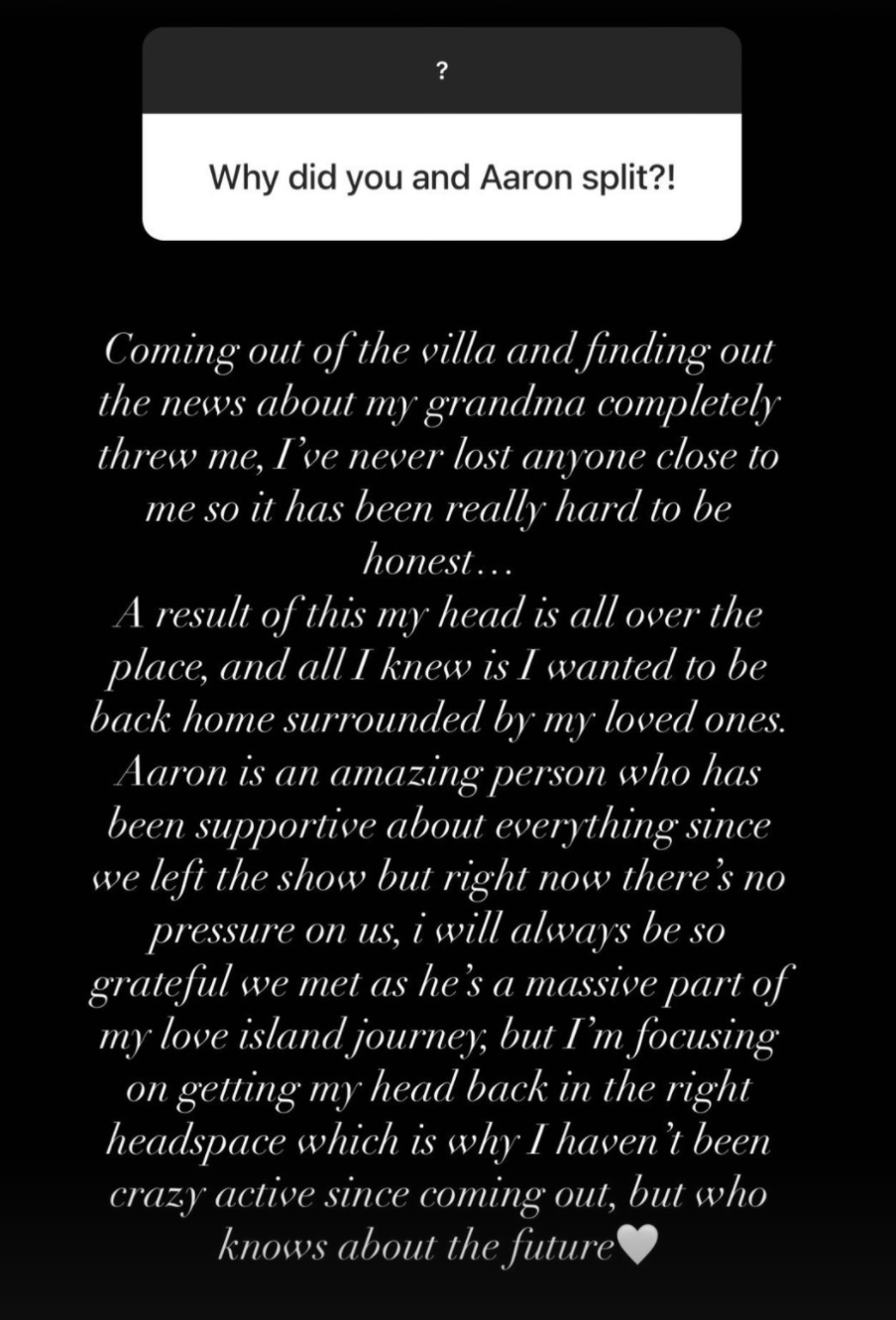