Married At First Sight UK star Kwame Badu baffled viewers during Tuesday’s episode after asking Sophie Brown whether she planned on ‘getting bigger.’

In Monday’s episode newcomer Jonathan Wileman enraged fans after he said he wouldn’t want his wife to get ‘horse legs’ or put on lots of weight (although it would be okay if it was a medical issue).

And the controversial topic carried on today after Kwame put in his two cents during Tuesday’s group dinner.

After the stars criticised Jonathan’s comments, Kwame interjected: ‘That’s him being honest though, he’s direct.

‘Ladies talk about men changing all the time, a woman can say to a man, “oh you’re losing your muscle or grow your beard back.”‘

‘But because we’re men, we just take it on the chin and deal with it’ he added. 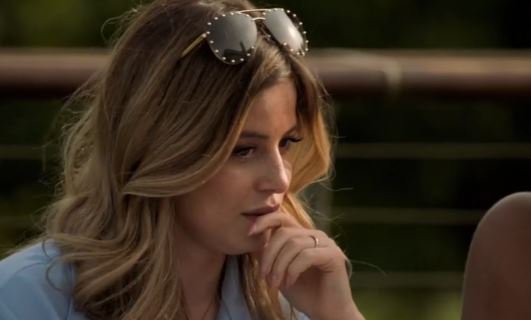 The comments came after Jonathan expressed he didn’t want to rip Sophie’s clothes off (Picture: E4)

Turning his attention to Sophie, he asked her whether she planned on getting bigger.’

Kwame’s wife on the show Kasia was evidently stunned to speak over Kwame’s comment and simply replied: ‘Men are terrible.’

Safe to say Kwame’s comments didn’t go down too well on Twitter, with one person writing: ‘Kwame I cannot believe this! What am I hearing?’

‘Not here for Kwame at all. His comments regarding weight were dangerous and shouldn’t be on TV,’ another added.

Elsewhere, Gemma Rose didn’t hold back as she demanded answers from Matt Matt B over his romance with Whitney Hughes.

‘Do you know what, I’m going to ask questions and you’re going to f*cking answer,’ she yelled.

And it looks like the drama continues tomorrow, after Wednesday’s spoilers saw Whitney and Matt in bed together.

Married At First Sight UK continues on tomorrow at 9pm on E4.