Married At First Sight UK’s Matt Murray and Whitney Hughes return to the experiment in Monday night’s episode and not everybody is happy to see them.

After successfully managing to convince experts Mel Schilling, Paul C Brunson, and Charlene Douglas to let them re-join the E4 dating show as a new couple, despite cheating on their original partners, the pair are back in the building.

In an exclusive teaser shared with Metro.co.uk ahead of tonight’s instalment, it’s clear that Thomas Hartley and Adrian Sanderson, and Zoe Clifton and Jenna Robinson, aren’t best pleased to have Matt and Whitney back.

Seeing the couple walk through the door, Thomas mutters: ‘Oh f*ck right off’.

While the rest of the group leaps out of their seats to welcome the pair back, Thomas, Adrian, Zoe, and Jenna remain seated, not knowing where to look.


Matt and Whitney return to the experiment in tonight’s MAFS UK (Picture: E4) 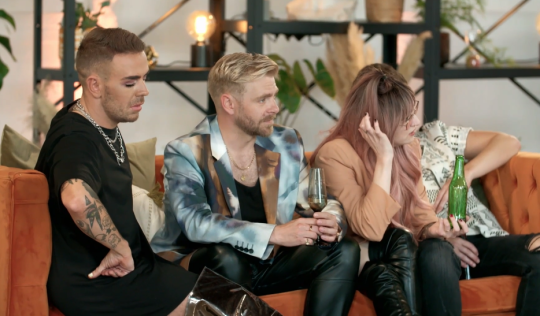 Not everybody is happy to see the pair… (Picture: E4) 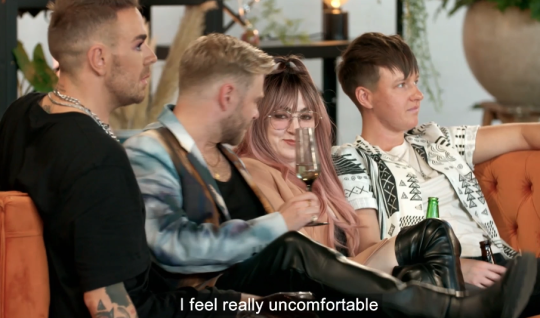 Adrian admits he feels ‘really uncomfortable’ that Matt and Whitney have been allowed back (Picture: E4) 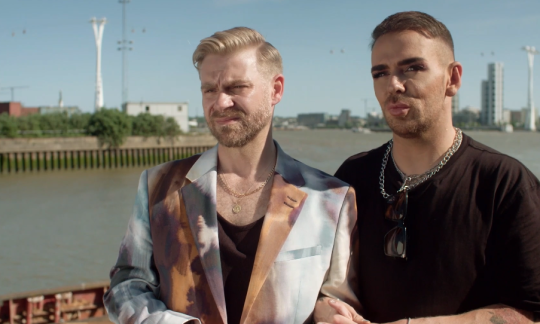 Thomas (right) also voices his upset that the pair have been welcomed back (Picture: E4)

Of course, last week Matt’s wife Gemma Rose was left heartbroken after discovering he had developed feelings for Whitney, who was originally matched with Duka Cav.

Explaining why he feels awkward about Matt and Whitney’s return, Thomas tells the camera: ‘Gem’s my friend, I absolutely adore her and for them to walk back in just completely disregards my managing to work on it.’ (sic)

The preview clip continues with Jenna putting the pair in the hot seat about their romance.

‘So obviously the last time we saw you was at the commitment ceremony and it was very divided with how people felt about you guys coming back, so how has it come to this point?’ she asks.

‘We’re coming back in as a couple, rather than a married couple,’ Matt explains, prompting the group to raise doubts over the ‘science’ in regard to their compatibility.

Defending his compatibility with Whiney, Matt exclaims:  ‘Can I just say, actually, on the science, by the way, we’re actually a really strong match.’

Will that be enough to quell the tension?