Married At First Sight UK is just weeks away from launching its brand new series, so it’s time to meet the fresh batch of singles looking for their happily-ever-after.

Set to lay eyes on their partners for the first time on their wedding day the couples, matched by returning experts Melanie Schilling, Paul C. Brunson, and Charlene Douglas, will make a lifelong commitment to one another at a glamorous ceremony.

After the celebrations are over, their love is well and truly put to the test, as they embark on a luxurious honeymoon, before moving in with each other and their fellow couples.

Relationships will be put under the microscope by fellow brides and grooms at weekly dinner parties, as well as by the experts, at recurring commitment ceremonies, where couples choose whether they want to stay in or leave the process.

All this will lead to a dramatic series finale, where each couple must decide if they will recommit to their partner or go their separate ways.

The upcoming series will welcome its first-ever lesbian couple, will span 30 episodes, and promises to be bigger and more dramatic than ever before,

So, let’s get acquainted with the cast of Married At First Sight UK 2022! 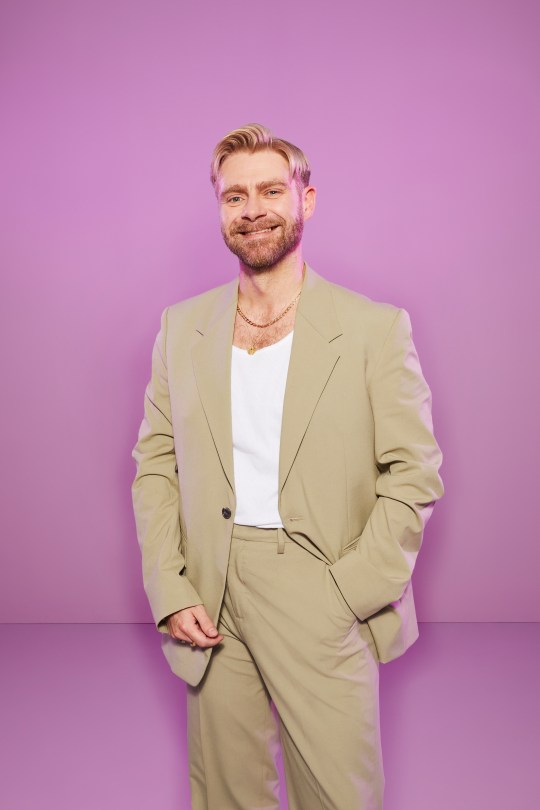 ‘I hope that this experiment goes really well, and we end up falling in love’ (Picture: Channel 4)

Adrian has been a serial dater for the last three years, but he’s now ready to settle down.

He’s looking for an upbeat and positive partner who’ll make him laugh, be up for an adventure and, most importantly, be someone he can trust. 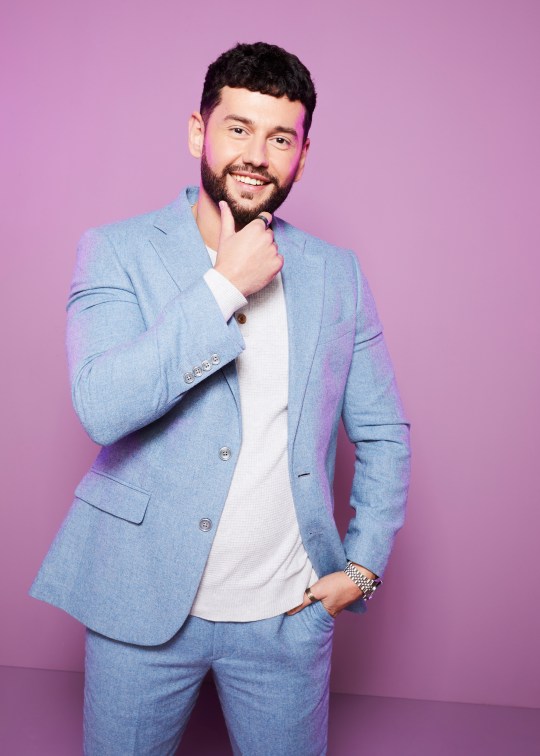 ‘People see me and think “oh he’s a d**khead” …but that’s not the case, people are too quick to judge me’ (Picture: Channel 4)

Duka fled to the UK from the former Yugoslavia to escape conflict when he was just 10 years old. He arrived not speaking a word of English and was bullied because of it.

Although women fall at Duka’s feet, they’re never the right girl. He finds that the girls he fancies are often superficial and he gets bored of them easily. 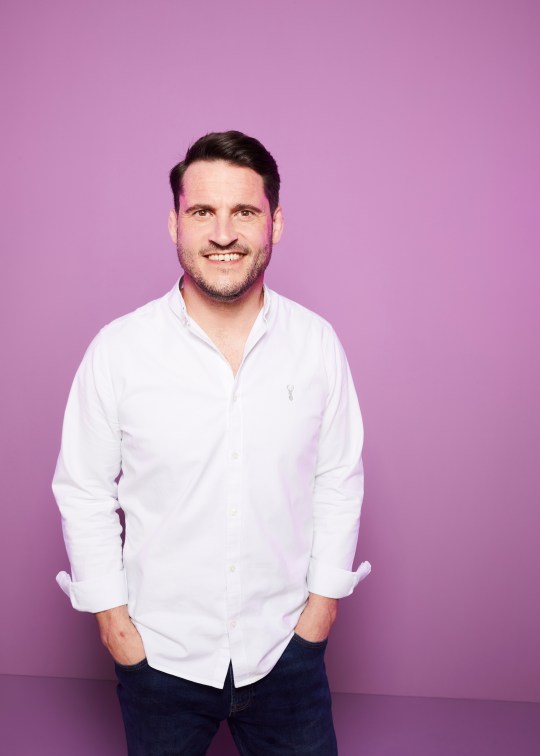 ‘My only concern is that I might not be good enough for her’ (Picture: Channel 4)

Dad-of-four George is generous, loyal, and dedicated to his kids. After divorcing from his wife, George has struggled to find that special someone who he can share his life with.

A self-described old fashioned romantic, George was heartbroken when his relationship with his wife broke down. 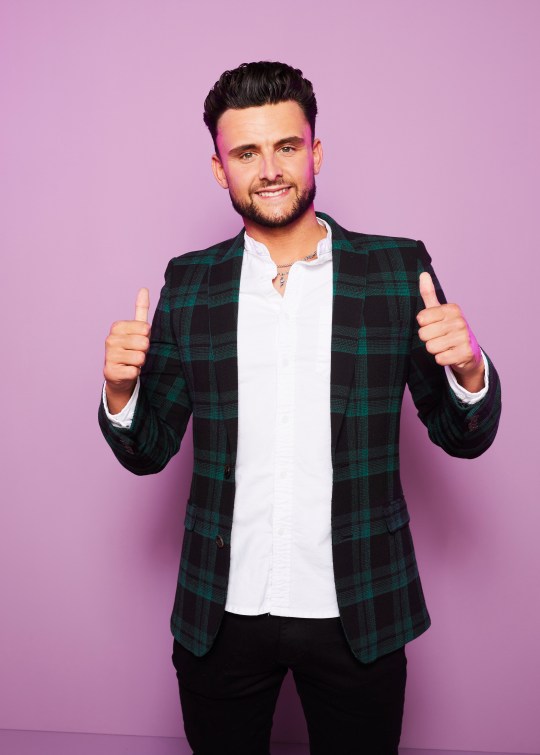 ‘I want to get married and have kids, and the clock is ticking’ (Picture: Channel 4)

Jordan has been known to overthink situations, and he is not someone to stick around if he believes someone isn’t right for him.

He acknowledges that he’s single because he’s too particular about what he wants and knows he needs to relax and give girls more of a chance. Will he find his match? 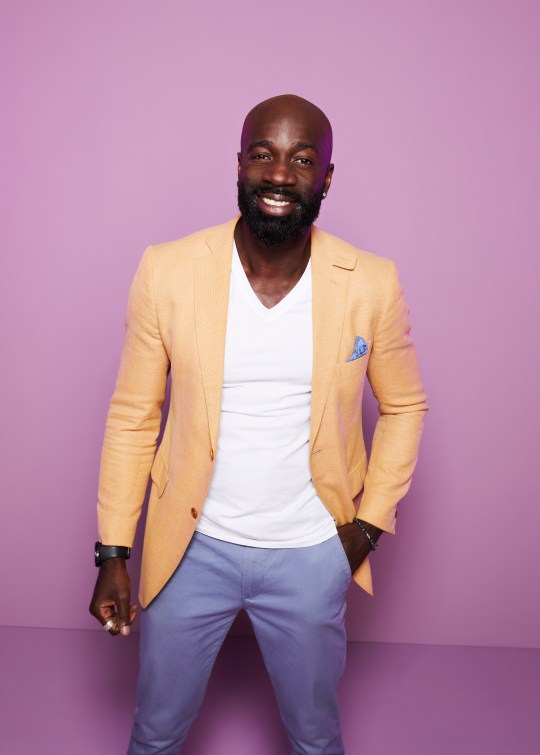 Kwame’s a self-professed ladies’ man who can talk the talk and although he admits he’s a bit cocky, he also says he’s a nice guy and not arrogant.

While Kwame admits he’s done everything, from travelling extensively, getting married and divorced, having kids, and winning Mr Ghana in 2000, he still wants another chance at finding love. 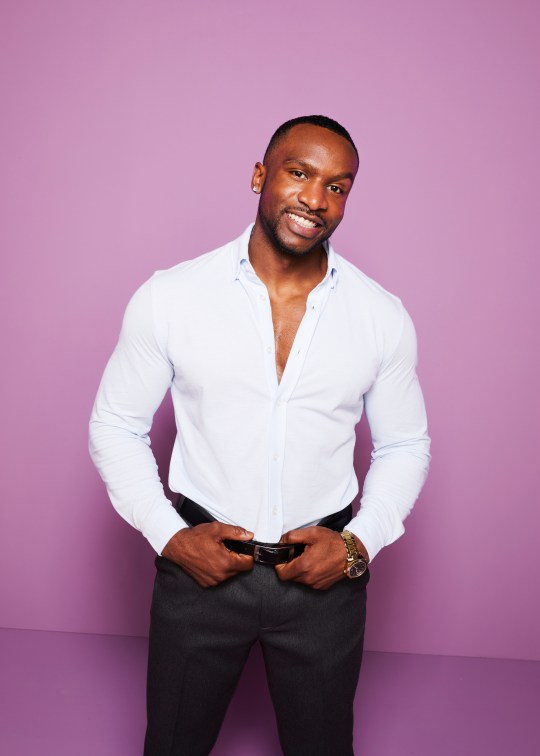 Dreamboys performer Pjay has never been short of attention, yet he can’t seem to find the right person that he wants to settle down with and his job has been a barrier to finding the right woman.

His ex-partners have struggled with trust, but he’s a firm believer in providing reassurance when he’s off touring and performing for thousands of screaming fans. 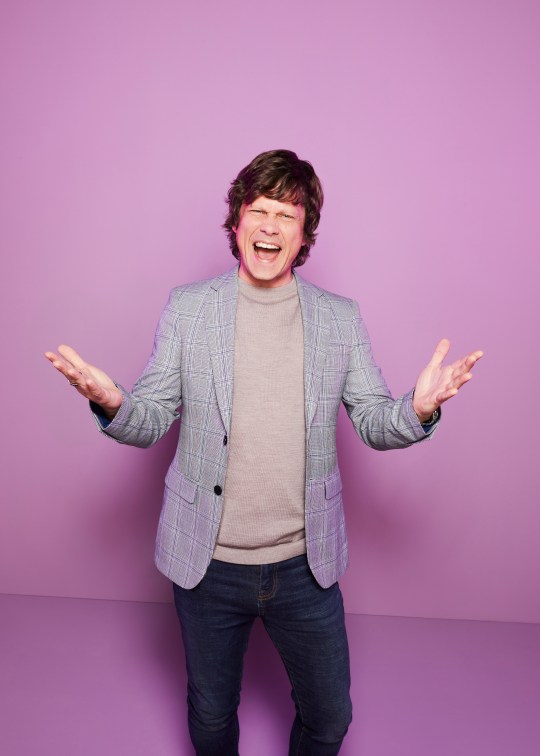 ‘I don’t care what the consequences are or what they uncover. Never underestimate a man who has got nothing to lose’ (Picture: Channel 4)

Richie worked in the music industry for 23 years and even wrote a song that appeared on a Russell Watson album. Oh, and he’s also done session work with Sheryl Crow.

This singleton considers himself to be deep, emotional, a good laugh, clever, and socially and emotionally intelligent. Will he find the ‘one’? 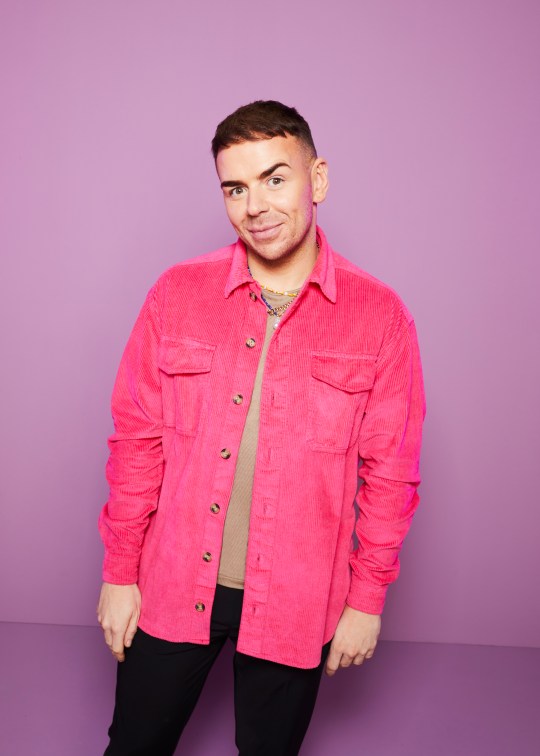 ‘I’m really concerned they might not like me. That’s ok, but I don’t want to waste their time or my own time’ (Picture: Channel 4)

Thomas has always loved being the centre of attention and describes himself as extremely sociable, unapologetically loud, and not one to back down in an argument.

He’s used to having all eyes on him and he’s looking for a partner to help balance him out. 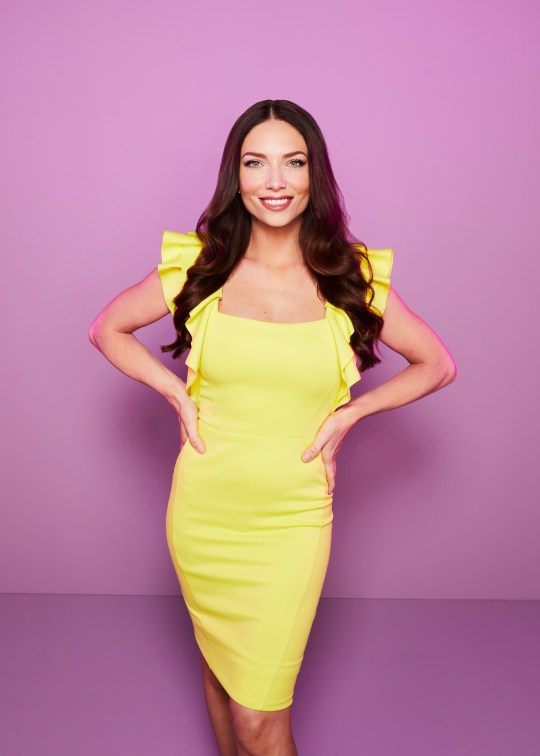 ‘The experts have a great success rate, so I feel like I’ve got nothing to lose and potentially a lot to gain’ (Picture: Channel 4)

Former Miss Great Britain star April admits she’s not so good at finding the right guy, but she’s ready to take the plunge and put her love life in the hands of the relationship experts.

April considers herself a positive, bubbly sociable butterfly, and she’s after someone who won’t mind her being independent. Oh, and it’s a dealbreaker if they don’t love cheese. 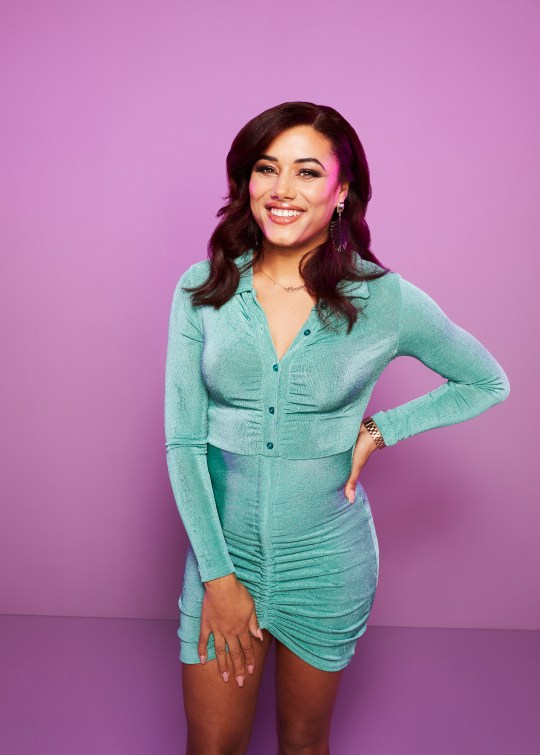 ‘It’s so hard to pick out the right people, so I thought why not give the experts a challenge and they can do all the hard work for me’ (Picture: Channel 4)

Having come out of a 10-year relationship two years ago, Chanita feels now is the time for her to meet her future partner.

Other than helping young people through her work, her big ambition is to be happily married with a family and a stable home. 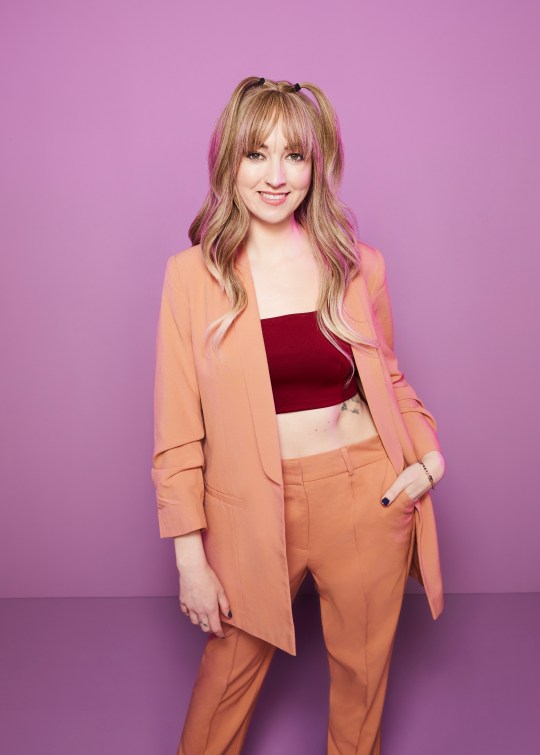 ‘I don’t like dating apps and I don’t go out anywhere to meet anyone, so this is the only way I’m going to find love… hopefully’ (Picture: Channel 4)

Small business owner Jenna never envisaged herself getting married. She hated the traditional concept of marriage, as it did not sit right with her that traditionally the woman would take the man’s name.

Jenna wants to find love, commit to someone and build a long life together. 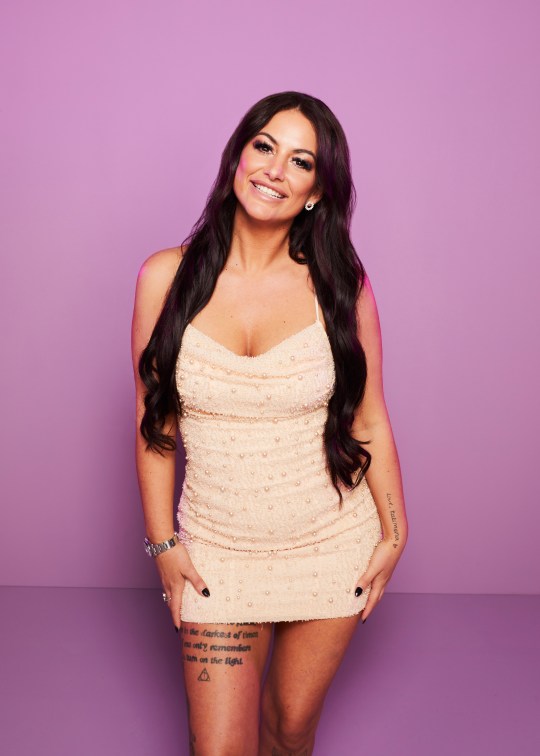 Jess describes herself as unique, weird, but extremely fun and outgoing – and she’s not afraid to do something that will make her look silly.

She admits that jumping into something quickly does get her in trouble sometimes and reckons that this is the main reason why she is still single.

A self-proclaimed Harry Potter fan, she will happily force her future partner to watch a Harry Potter marathon with her and wear one of her cloaks, even if they hate it. 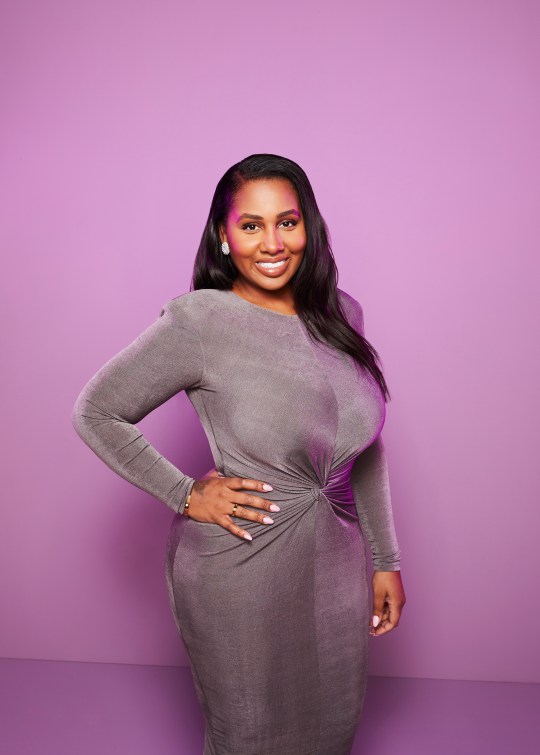 ‘I’m successful in a lot of other areas in my life and I’ve been through a lot, but the one area that I’m not successful in is my love life’ (Picture: Channel 4)

Mum-of-two Kasia left school at 16 to have her first child and says she felt that the odds were stacked against her.

However, through sheer graft and determination, she’s managed to raise two children and have a successful career, as well as launch her own business, a successful body contouring clinic. Now that her kids are older, she’s decided to focus on herself and (hopefully) meet a partner that she can settle down with forever. 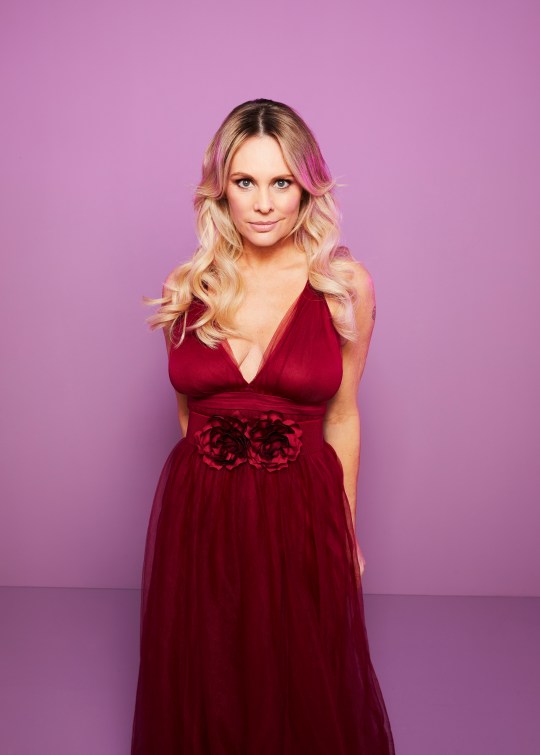 ‘The experts couldn’t pick any worse than I could pick’ (Picture: Channel 4)

Former dancer Lara has been married and divorced twice and has led a luxury lifestyle, having once jetted from Japan to New York just for dinner.

Lara’s relationship role models are her parents who have been married for 51 years, and she finds herself trying to force every relationship she has to be like theirs, often letting red flags slide to try and make the relationship work.

Although she’s been single for 12 years now, she still believes in fairy-tale romance and is forever looking for her prince to introduce to her two sons. 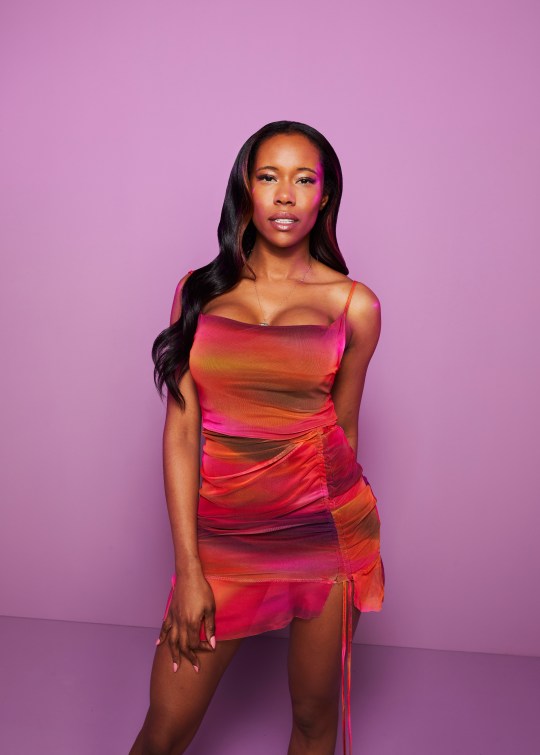 ‘I need to get my s**t together and embrace the situation’ (Picture: Channel 4)

Whitney isn’t short of male attention, but in order for her to settle down and commit, a man has got to tick all of her boxes.

After losing her mother, Whitney’s had a tough couple of years, but she’s now ready to put herself back out there in the hopes of finding someone good enough to bring home to her family.

She has such high expectations for her potential partner and worries she’ll never actually let anyone in – will the experts find her a soulmate? 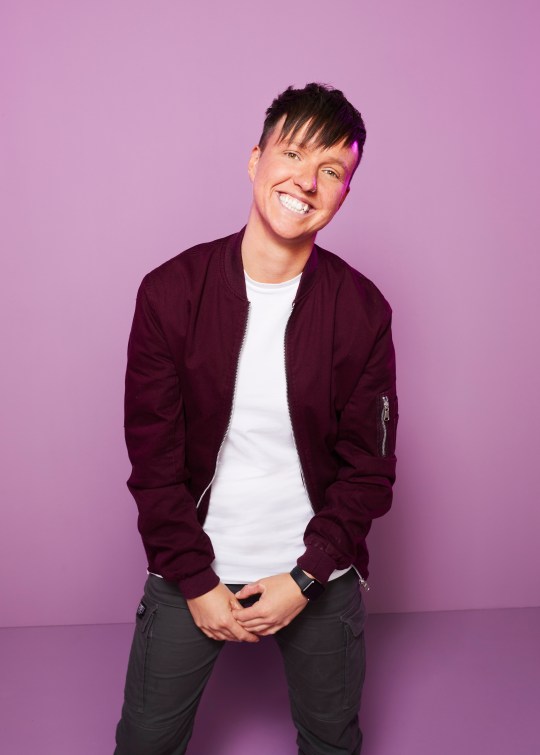 ‘I’ve never been with someone and thought “I want to grow old with you” (Picture: Channel 4)

Zoe is an outgoing, ambitious and successful professional, and  while she describes herself as dominant and assertive, she is looking for someone she can share her softer, more intimate side with.

Having recently turned 30, Zoe no longer wants to be known as a serial dater. She is bored with the stale repetition of dating and wants to settle down and eventually start a family.

Married At First Sight UK is coming soon to Channel 4.