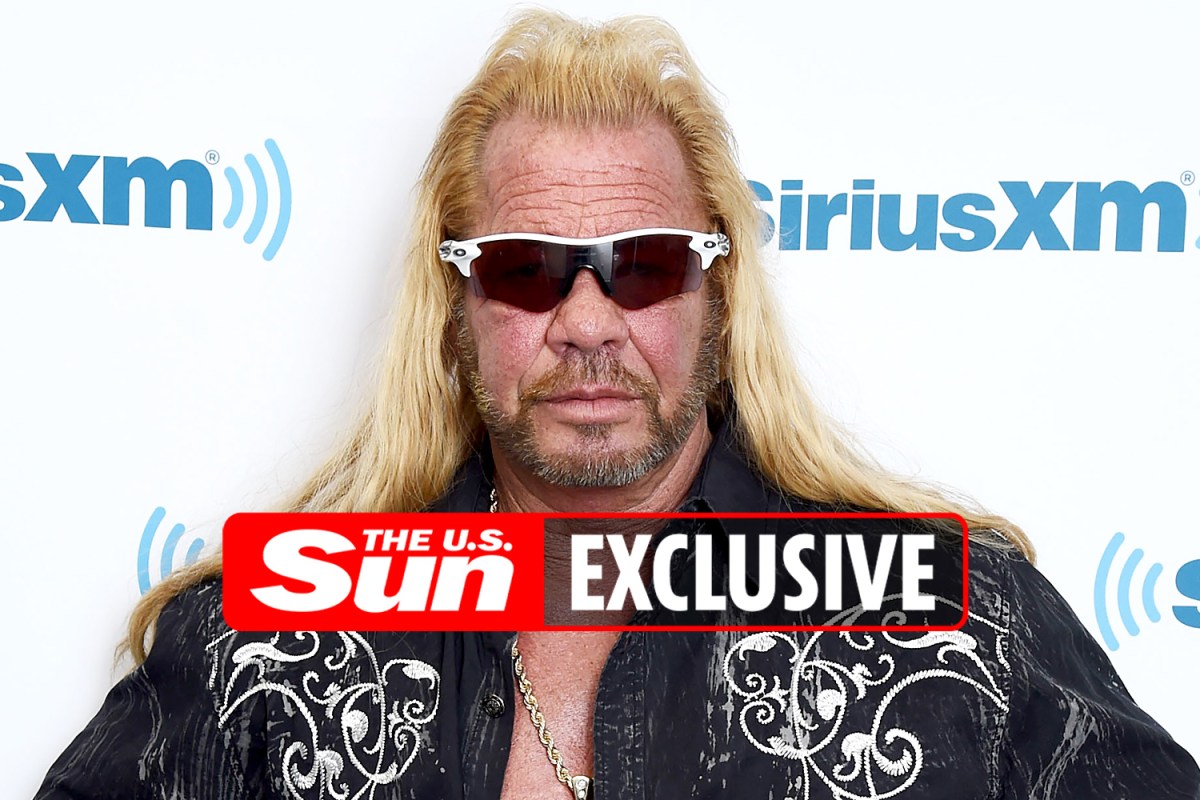 THIS is the shocking moment Dog The Bounty Hunter is served with a $1.3million lawsuit accusing him of “racist and homophobic behavior” before and after filming his reality show, Dog Unleashed.

Exclusive footage obtained by The Sun shows the reality star as he’s approached with the court documents during his search for missing fugitive Brian Laundrie in Florida.

Dog The Bounty Hunter was served a $1.3million lawsuit while at a Florida park on Thursday 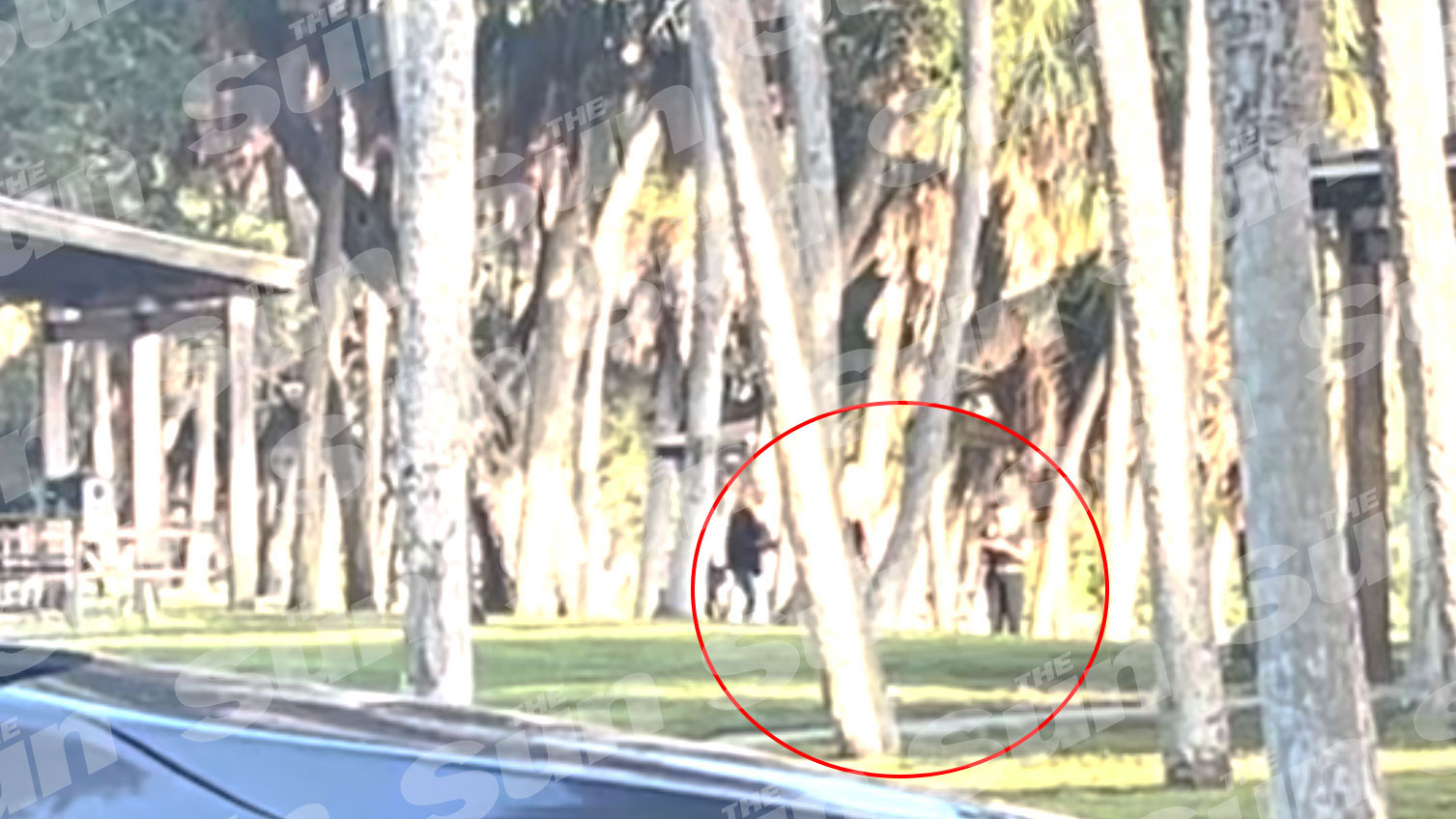 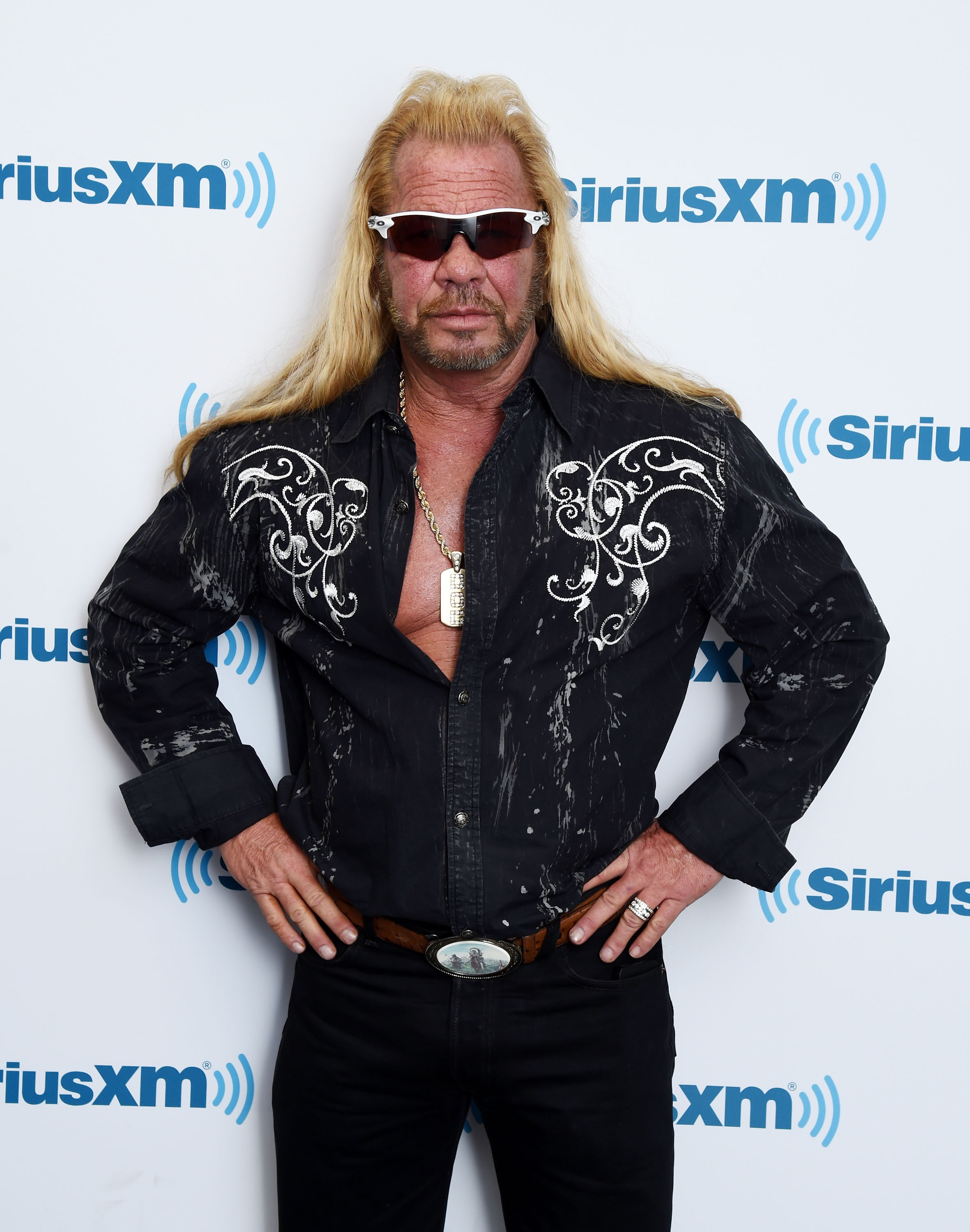 Duane Chapman is being sued for defamation in a $1.3m lawsuitCredit: Getty Images – Getty 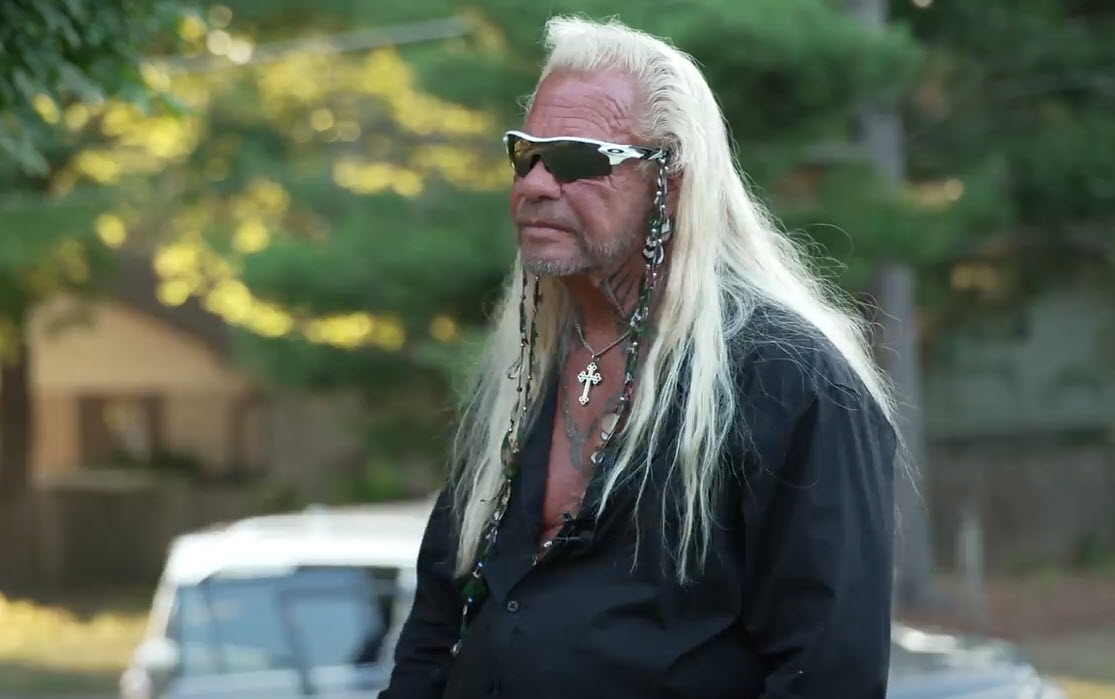 Dog Unleashed was canceled just weeks before the April 1, 2021 premiere because of “actions taken by Mr. Chapman during the show’s production that breach contractual agreements,” according to a statement from Unleashed Entertainment President and CEO Michael Donovan.

Now, The Sun can exclusively reveal Michael is suing Dog, 68, for defamation.

The court papers filed on October 5 claim: “Defendant is a disgraced reality TV star who was fired by Plaintiff after his company discovered that the Defendant had used racial epithets to attack Black teenage Black Lives Matter Activists.

The lawsuit claimed the Dog The Bounty Hunter star “illegally holstered and wore a taser device during filming in Virginia, which is illegal in the Commonwealth considering Chapman has been convicted of a violent crime.”

According to the lawsuit, Michael also had “no idea” that the victim in Dog’s 1976 murder conviction was Black, and that allegedly on the way to the victim’s house Dog and his friends “bragged that they were ‘going to get them a n-word.’”

He claimed in the new lawsuit that he viewed court documents from the murder conviction.

Dog was found guilty of first-degree murder and was sentenced to five years in Texas State Penitentiary – though he only served 18 months before his release.

He was waiting in the getaway car when his friend shot and killed drug dealer Jerry Oliver over cannabis.

The lawsuit continued to claim that Dog has “engaged in a course of conduct to lash out at Plaintiff for terminating his contract and this conduct has led to Defendant committing the tort of defamation.”

The lawsuit provided a tweet from Dog posted on April 7 that read: “Unleashed representatives are trying to steal hi Jack Miss lead miss information etc. all dog the bounty Hunter fans and dog the bounty hunter is also trademarked by us.”

The Plaintiff claims the tweet “accuses Plaintiff and his associates of criminal activity, which is false, constituting defamation” and attempting to “damage Plaintiff’s reputation.”

According to the lawsuit, another tweet from September 16, 2021 read: “They will see how you have lied about all of us you creep again what about the little boys Daddy.”

Read our Dog the Bounty Hunter live blog for the very latest news and updates.

The lawsuit claimed: “The ‘lies’ Defendant Chapman references are the actual facts surrounding cancellation of his reality TV show… Thus, this statement is not a general statement of opinion, rather a statement Defendant is employing as true to cover up his immoral and criminal activity.

“To add ignorant insult to injury, Defendant resorts to tired homophobic tropes, calling one of the openly gay Plaintiff ‘daddy’ in a mocking manner and making a vile and disgusting implication using the words ‘little boys’ and ‘daddy’ together.”

Michael also included in the court documents a photo posted on Twitter from Dog Unleashed of Duane seemingly carrying a taser weapon when entering the home of a suspect.

Because of Dog’s 1976 murder conviction, Michael claimed it is illegal for him to carry a stun weapon.

While the court papers state Dog claimed he was “carrying a prop,” the docs alleged: “When Defendant showed a representative of Plaintiff the taser, the representative asked if the taser was real and Defendant replied: ‘Of course.'”

He claimed Dog “knowingly and feloniously possessed a weapon in violation of Virginia Code.”

According to the lawsuit, this event led to the investigation, which, combined with the racial epithets, led to the cancellation.

Michael continued to claim in the court documents that Unleashed Entertainment, LLC invested “a significant amount of time and money producing a show that could never air because of Defendants immoral and illegal conduct.”

The papers continued to allege: “Defendant seeks to shrink all responsibility for his actions and defame Plaintiff in an effort to cover up his despicable and racist behavior.

“Defendant knows his show was canceled because of his racist behavior and illegal activity. Defendant’s actions in asserting wrongdoing by Plaintiff was an attempt to deflect.”

Dog has not yet filed a response to the lawsuit.

At the time of the cancellation in March, Mike released in a statement: “Duane Chapman’s social media meltdown – which involves outrageous, false personal attacks – seems to be an attempt to distract attention from his contractual and ethical failures that led to the cancellation of Dog Unleashed.

“Our internal investigation confirmed racist and homophobic comments from Mr. Chapman, as well as illegal activity during filming, which Unleashed Entertainment cannot and will not tolerate.

“These actions forced us to cancel production of the show, and unfortunately, Chapman is now viciously taking out his anger on our employees. Unleashed Entertainment stands fully behind its employees and will take legal action should the threats continue.”

Dog reportedly has a history of making racist remarks.

A&E’s Dog the Bounty Hunter went on a hiatus in 2007 after a recording of Dog making a racial slur was released.

Dog apologized and the show returned to filming in 2008 until its final season in 2012 following an eight-year run.

Now, Dog has joined the hunt for Brian Laundrie, who is a person of interest in the Gabby Petito case.

The FBI has launched a million dollar manhunt for 23-year-old Brian, after he vanished from his family home in Florida just days before Gabby was found dead in a forest in Wyoming.

Brian had been weeks into a cross country trip with his fiancée when he returned home to his parent’s house without her on September 1.

Gabby’s parents reported her missing on September 11 and her remains were found a week later in a Wyoming national park.

By that time, Brian himself had been reported missing by his parents. 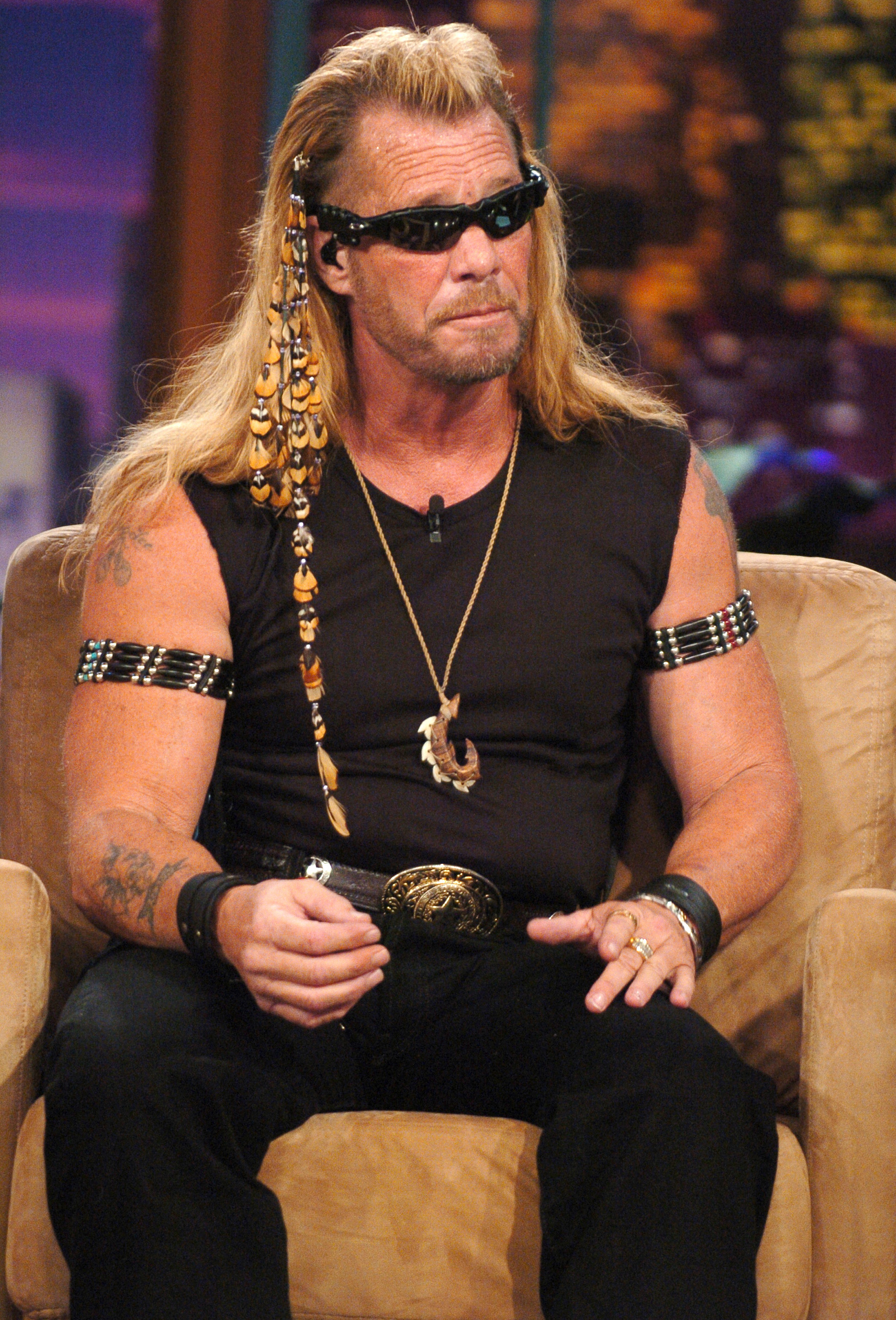 Dog was also accused of using the n-word in court papers from his 1976 murder conviction according to a new lawsuitCredit: Getty 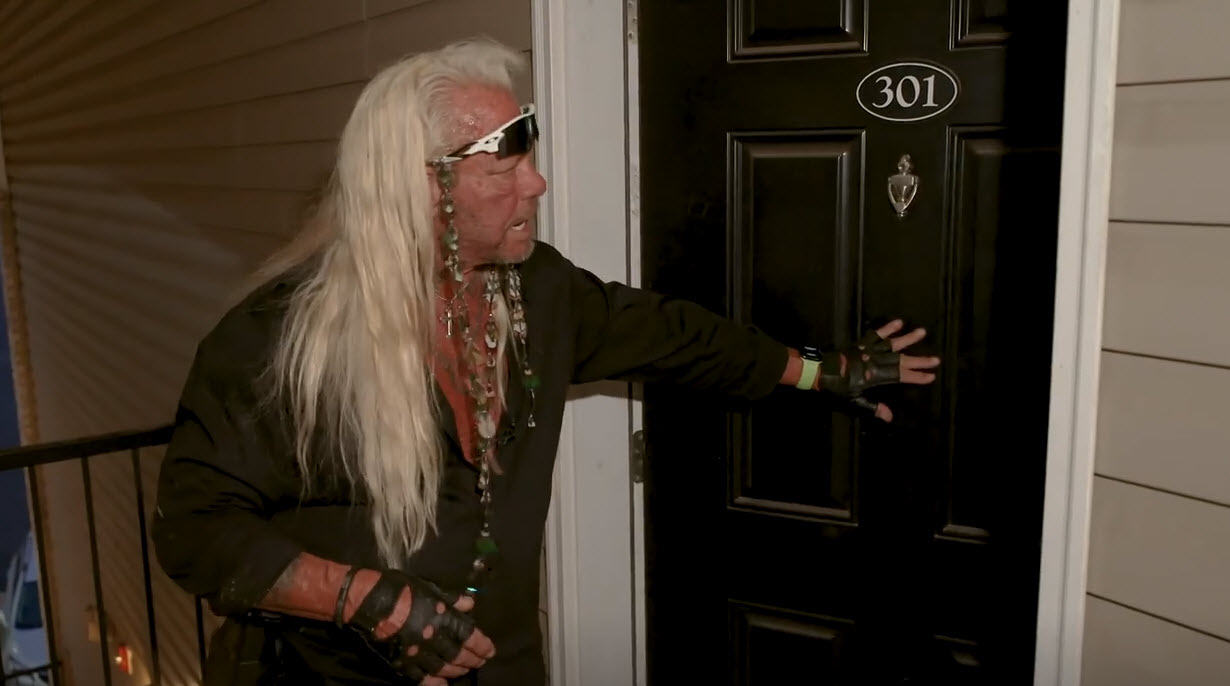 Dog Unleashed was canceled weeks before the premiere dateCredit: Unleashed! 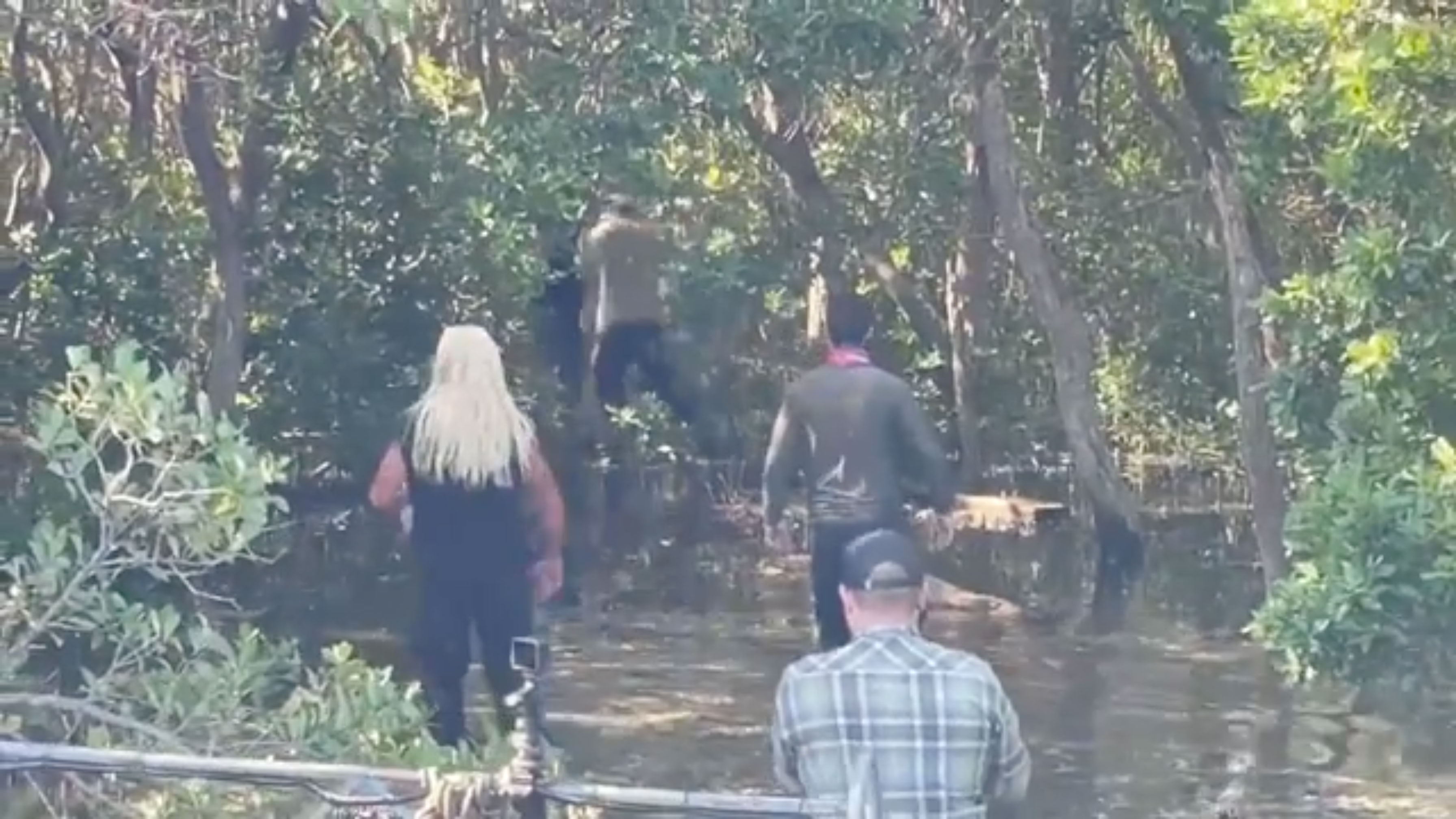 Dog is currently on the hunt for Brian LaundrieCredit: Duane Chapman/Instagram