A new teaser trailer for upcoming Marvel series Moon Knight has been released, revealing more clips of Oscar Isaac and a first look at Ethan Hawke in the MCU.

Moon Knight is one of several exciting releases due to launch on Disney Plus in 2022, in addition to Ms Marvel, She-Hulk, Secret Invasion and more.

The show marks Oscar’s second Marvel role, having voiced Miguel O’Hara in the animated Spider-Man: Into the Spider-Verse, a role he’s reprising in the film’s sequel.

In Moon Knight, the Star Wars actor portrays the titular character, Marc Spector, a former US Marine who has dissociative identity disorder and becomes a conduit for the Egyptian moon god Khonshu.

The link to the Egyptian god is hinted in the latest teaser, as a glimpse of a pyramid is briefly shown among several other exciting clips.

The sneak peek – which has been released as a teaser for a longer trailer due to come out on Monday – opens with Marc lying down while throwing a Rubik’s cube into the air.

The scene transitions to another showing the protagonist in a bathroom, turning the light on and off as he looks at his reflection in the mirror, which switches to show Moon Knight looking back at him instead.

As Marc is shown sprinting desperately through a corridor and then shrouded in darkness, Ethan’s character appears, who’s yet to be named.

‘There’s chaos in you,’ he says cryptically, with some speculating that the actor could have been cast as the Sun King, a character that made his first appearance in the Marvel comic Moon Knight Vol 1 #188, released in 2017. 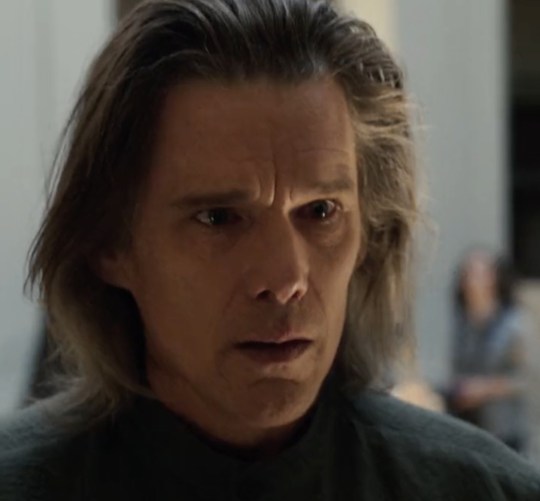 Ethan Hawke has arrived in the MCU (Picture: Marvel Studios/Disney Plus)

One intriguing snippet shows Marc transforming into Moon Knight, as his costume wraps itself around him in a way that appears out of his control.

The teaser ends with the masked figure punching someone incessantly in a destroyed bathroom. 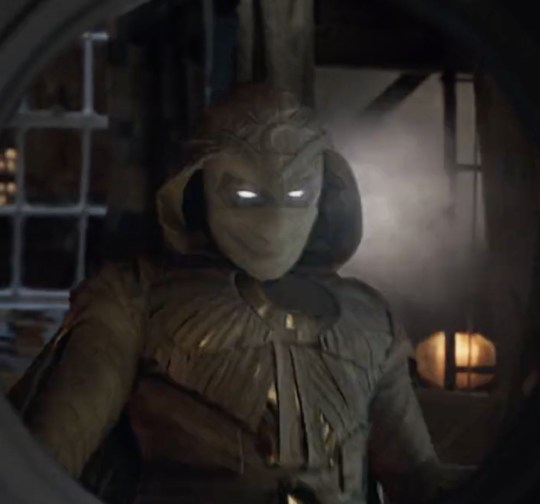 Moon Knight’s costumed reflection stares back in the mirror (Picture: Marvel Studios/Disney Plus)

The 15-second teaser has left fans overwhelmed with excitement, as one responded on Twitter saying: ‘This show is gonna be wild, I’m telling you.’

‘Holy s**t this looks good,’ someone else said, while another wrote: ‘It’s not even out yet but it’s the best Disney Plus show.’ 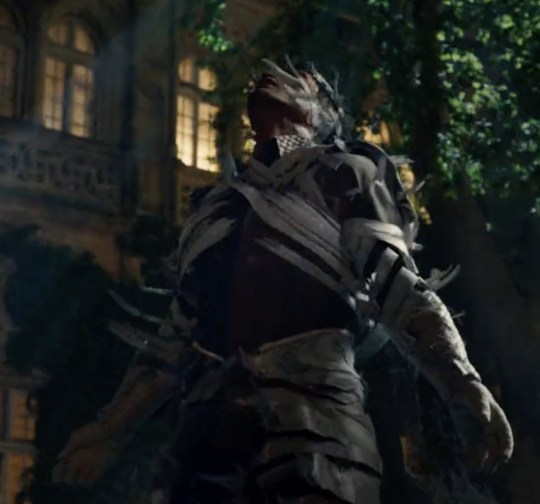 A glimpse of the transformation is revealed (Picture: Marvel Studios/Disney Plus)

The release of Moon Knight comes after several MCU launches in 2021, including WandaVision (which marks its one-year anniversary today), The Falcon and The Winter Soldier, Loki, What If…? and Hawkeye.

The full trailer will be revealed on Monday during the NFL Super Wild Card game, which will air on Hulu among other US streaming TV channels.

Moon Knight is due to premiere this year on Disney Plus.