Never Have I Ever on Netflix: Cast reveal their hopes for season 3

Never Have I Ever castmembers Ramona Young, Jaren Lewison and Lee Rodriguez share their predictions for season 3 (Picture: Netflix/Universal/Kobal/REX)

***Warning: The article contains spoilers for season 2 of Never Have I Ever ***

Never Have I Ever fans are waiting with bated breath to find out if the hit comedy series will be making its way back to Netflix for season 3.

As soon as the comedy-drama from the mind of Mindy Kaling Lang Fisher introduced the world of Devi Vishwakumar (Maitreyi Ramakrishnan) and her high school friends, viewers have fallen in love with the quirky characters and their dramatic situations.

Season two saw Dev go from dating two guys at once to losing them both and groveling hard to try and rebuild her friendship with both Ben Gross (Jaren Lewison) and Paxton Hall-Yoshida (Darren Barnet).

In the emotional final scenes, Devi ended up in Paxton’s arms as they danced together at the Winter formal as boyfriend and girlfriend.

Does this mean Devi and Paxton are end game? The look on Ben’s face when he saw the duo together seemed to indicate the love triangle isn’t over just yet. 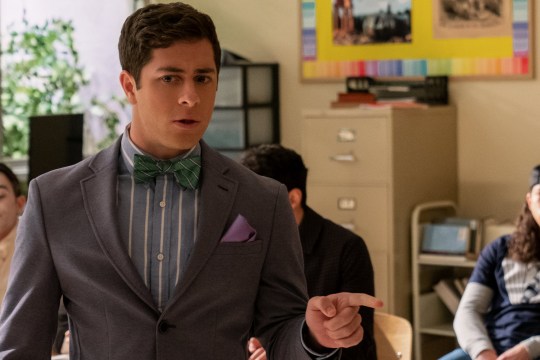 Jaren Lewison think his character Ben will still try and explore his feeling for Devi (Picture: ISABELLA B. VOSMIKOVA/NETFLIX)

Sharing his thoughts to Metro.co.uk about what would happen next in another season, Lewison stated: ‘I want to know so badly! I feel like Ben has to go after Devi, but it could be in a painstaking friend’s way. That really represents a traditional high school experience.

‘I feel like all of us were in love with someone who was with someone else. However, his feelings towards Anessa are strong. I hope we get the chance for Season 3 to find out!’

He pointed out that just because Paxton and Devi have made things official, it doesn’t mean their relationship will suddenly be smooth sailing.

The actor explained: ‘Paxton will be a boyfriend for the first time, Devi will navigate a romantic relationship, and we have no idea what Ben will do. It’s juicy, interesting, complex, and messy, which I love.’ 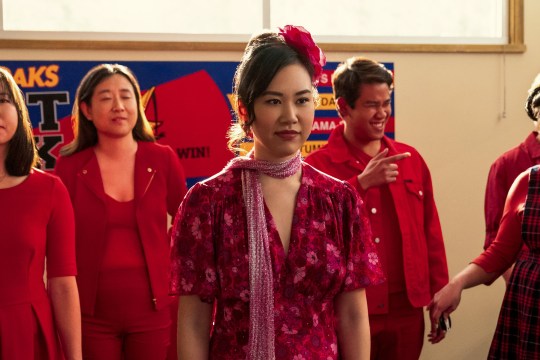 Ramona Young believes Devi will be far more decisive now she’s in a relationship with Paxton (Credits: Isabella B. Vosmikova/Netflix)

Co-star Ramona Young, who played Devi’s theatric best friend Eleanor Wong, stated: ‘I think Devi will definitely have it figured out by season 3.’

‘As for Eleanor and Trent? Define unexpected, because I think there’s very little that’s off-limits between the both of them.’ 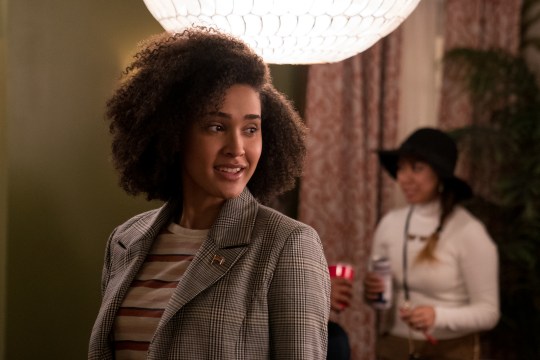 Lee Rodriguez is team Paxton and she hopes the pair’s love with grow in season three (Picture: Isabella B. Vosmikova/Netflix)

She explained: ‘I feel like as of right now, I think I want to see the relationship with her and Paxton work.

‘I feel like Ben kind of realized what he lost when she actually ends up with Paxton, and I like Paxton and Devi together right now because he kind of went to her on his own accord.’

‘Them hanging out, what they do, going on a date, I would love to see more of that.’

A third season of the hit Netflix series hasn’t been confirmed just yet, so fingers crossed we get to find out what happens next with the students of Sherman Oaks High.