Our House: Who did Tuppence Middleton play in Downton Abbey?

Downton Abbey fans will recognise the actor from the film (Picture: ITV)

Our House is the new ITV drama gripping TV viewers across the nation, as Martin Compston and Downton Abbey’s Tuppence Middleton lead the cast to ramp up the suspense in the series.

The show is based on the best-selling 2018 novel of the same name by Louise Candlish, which was a Sunday Times bestseller and win Book of the Year in the Crime and Thriller category at the British Book Awards.

Following the airing of the first episode on Monday evening, people have praised Martin and Tuppence on their performances in their droves, with one tweeting that the pair were in ‘excellent form’.

‘Tuppence Middleton is an amazing actress,’ someone else said, while another described her as ‘fantastic’.

Looking back on Tuppence’s career, what else has she been in and who did she play in Downton Abbey?

Who is Tuppence Middleton?

Born in Bristol in 1987, Tuppence studied acting at the Arts Educational School in London before making her on-screen debut in American TV series Bones in 2008. 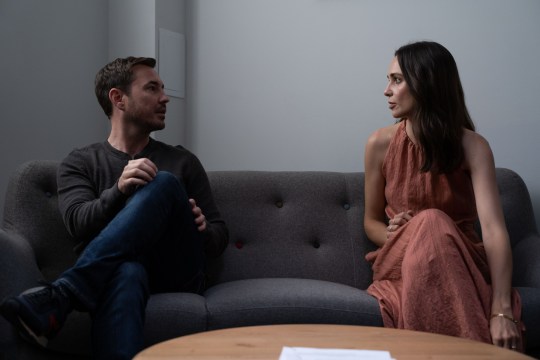 The secrets in Bram and Fi’s marriage are revealed in Our House (Picture: Jon Ford/Laurence Cendrowicz/ITV)

The following year, she gained recognition for her performance in the 2009 horror comedy film Tormented, before being nominated for the London Evening Standard Film Awards 2010 in the Most Promising Newcomer category.

Tuppence gripped audiences with her portrayal of Russian aristocrat Princess Hélène Kuragina in the BBC adaptation of War and Peace, with other roles including appearing in Netflix series Sense8, The Imitation Game, Jupiter Ascending, The Current War and on stage in The Living Room.

Who did she play in Downton Abbey?

Tuppence first joined the world of Downton Abbey in the 2019 film, playing the role of Lucy Smith.

Lucy’s romance with Tom was teased in the trailer for the first film (Picture: YouTube/Focus Features)

In the film, when King George and Queen Mary visit the estate in 1927, Lucy joins them, alongside Maud, Lady Bagshaw (Imelda Staunton), who is the queen’s lady-in-waiting.

At first, it appears that Lucy is simply Maud’s maid – however, it is soon deduced that they have a closer connection, with it being revealed that Lucy is actually Maud’s secret illegitimate daughter, after she is announced as her mother’s heir.

Lucy forges a connection with Tom (Allen Leech), who was married to Lady Sybil and is the son-in-law of the Earl of Grantham (Hugh Bonneville).

The couple’s wedding is briefly shown in the trailer for the sequel (Picture: YouTube/Focus Features)

At the end of the film, they’re shown sharing a private dance, after Tom kisses her sweetly on the hand.

In the trailer for the upcoming second film, Downton Abbey: A New Era, Lucy is seen in the South of France with Tom, Edith (Laura Carmichael) and Edith’s husband Bertie Pelham (Harry Hadden-Paton).

They’re shown in another scene getting married, which will undoubtedly delight fans of Tom happy to see him in love again following Lady Sybil’s tragic death on the show.

Who does she play in Our House?

The actor stars as Fiona Lawson in Our House, who returns home one day to find that there is a new couple living in her house and all of her possessions missing, after the property was sold without their knowledge.

Fi realises that her estranged husband Bram has gone missing, resulting in her having to piece the clues together. 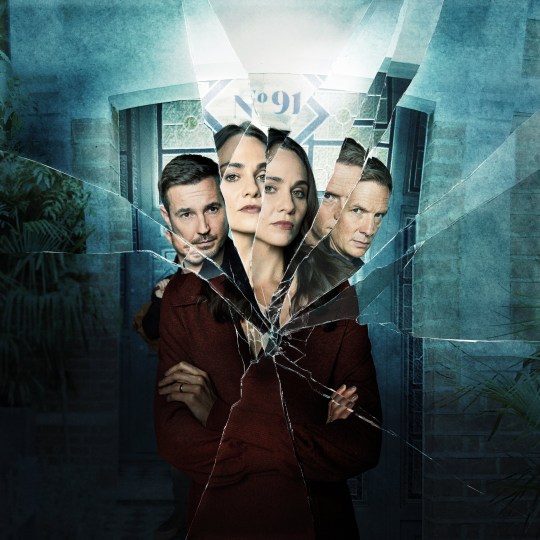 The four episodes of Our House are being shown throughout the week (Picture: Jon Ford/Laurence Cendrowicz/ITV)

Who else is in the cast of Our House?

Other members of the cast include I May Destroy You star Weruche Opia as Fi’s best friend and neighbour Merle and Honour actor Buket Komur as the mysterious Wendy.

Is Tuppence related to Kate Middleton?

While they may share a surname and a certain likeness, Tuppence is not related to the Duchess of Cambridge.

According to IMDb, she once said: ‘Since Kate Middleton came around, some people think I’m related to her, but unfortunately, there’s no connection.’

Our House returns tonight at 9pm on ITV.