They’re at it again (Picture: ITV/Rex)

Piers Morgan and Dan Walker are at it once again as their seemingly endless feud reignites, with the TalkTV presenter blasting his rival as ‘deluded’ and calling him ‘Desperate Dan’. Yikes.

This evening, Dan, 45, shared a clip of an interview he conducted with RMT Union General Secretary Mick Lynch for Channel 5 News, writing on Twitter: ‘If you treat people with respect, you can still ask tough questions & get decent answers allowing your audience to make their own minds up.’

Piers, 57, decided to use the tweet as an opportunity to make an unwarranted jab at Dan, having previously become embroiled in multiple public spats with him online in the past.

Replying with a string of cry-laughing emojis, the former Good Morning Britain host wrote: ‘Is there anyone more deluded in world television than Desperate Dan.. the world’s most boring interviewer.’

Not one to go down without sticking up for himself, Dan replied with his own row of cry-laughing emojis, writing: ‘Why is it “boring” to let someone actually speak rather than shouting over them all the time?’

Piers then brought up his dramatic exit from GMB – which came about shortly after he stormed off the set during an argument with weatherman Alex Beresford live on-air over Meghan Markle.

‘Mate, I had to leave GMB for being too exciting/dangerous,’ he claimed.

‘You had to leave the BBC because even by their standards you’re a mood-hoovering dullard. But your pompous lectures on how to do interviews are […] funny, I’ll give you that.’ 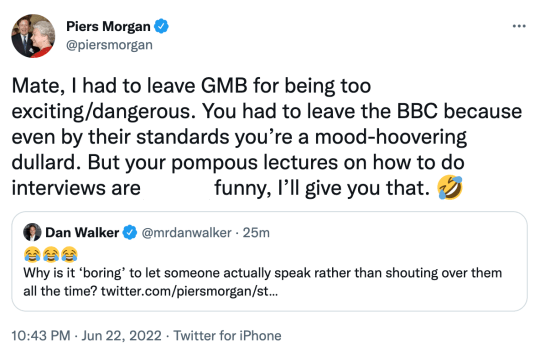 Piers claimed he was ‘too exciting’ and ‘dangerous’ for GMB (Picture: Twitter)

That wasn’t all, as Dan felt it necessary to remind Piers of the circumstances of his GMB departure.

Sharing a gif of the moment Piers got up from his seat and left the set, the former Strictly Come Dancing star commented: ‘You left GMB because one of your colleagues called you out.’ 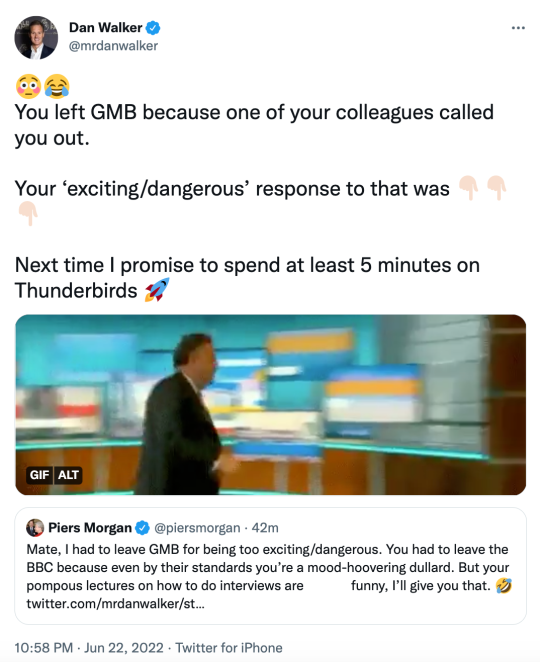 Dan recalled how the dramatic series of events went down (Picture: ITV)

Dan recently opened up about his ongoing feud with Piers, saying that at the height of their rivalry, he believes Piers ‘overstepped the mark’.

‘I’ve never dipped to his level of insults. I think he overstepped the mark when he smashed a mug with my face on it,’ he told The Times.

Nonetheless, in June 2021, the pair appeared to (temporarily) put their discord behind them, posing for a photo on a golf course together.

Maybe it’s time for another round of golf? 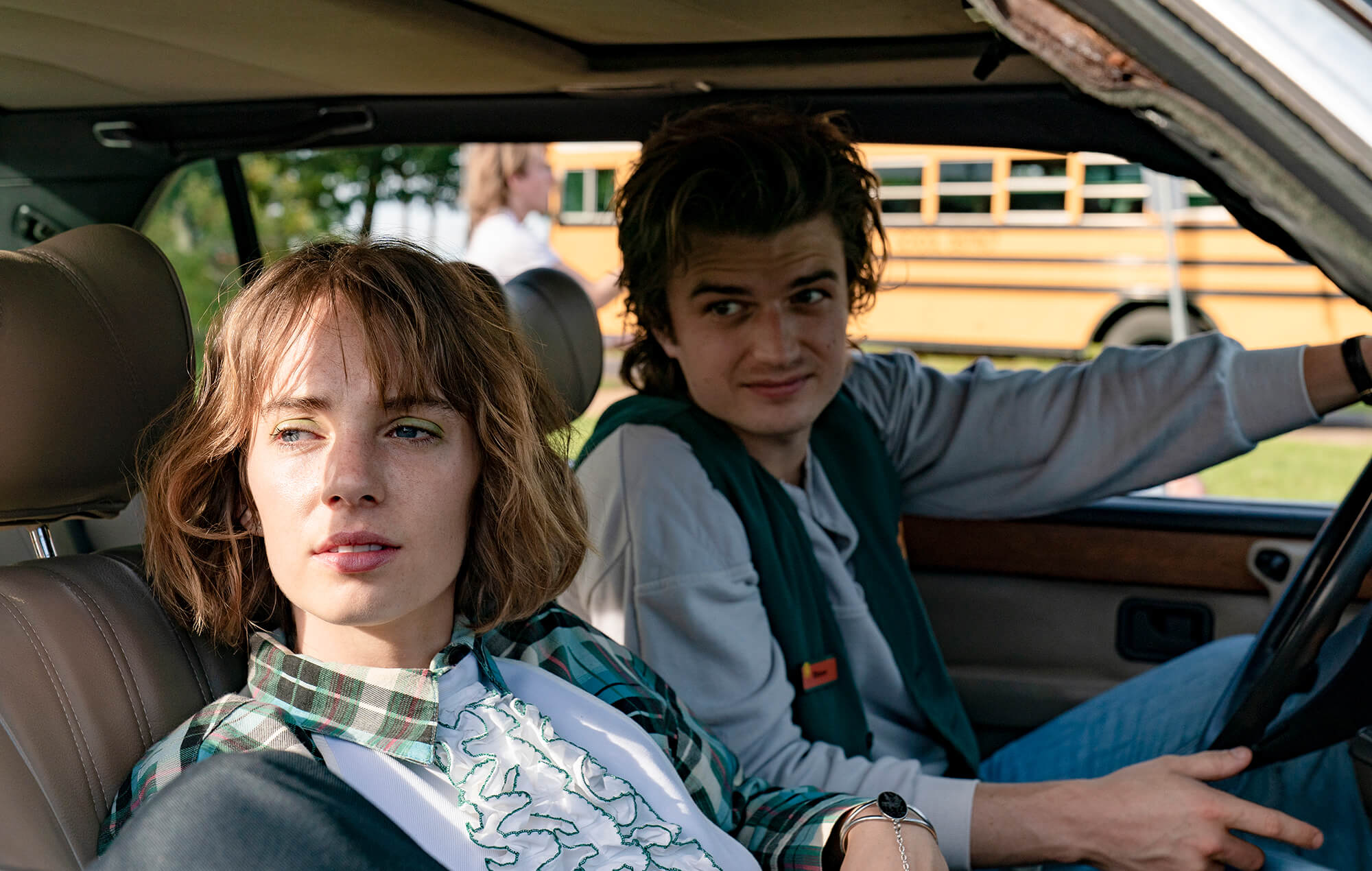