The Queen turned to the Great One (Picture: WWE)

Zelina Vega returned to WWE this summer just eight months after she was released by the company and she turned to Dwayne ‘The Rock’ Johnson for advice.

The inaugural Queen’s Crown winner, who played AJ Lee in the Hollywood heavyweight’s movie Fighting With My Family about fellow wrestler Paige, had grown close to the Great One and made sure to call him an hour before her comeback.

Speaking in Brooklyn, New York before tonight’s Survivor Series event, she exclusively told Metro.co.uk: ‘When I met him, I had no idea that that’s how this relationship was gonna go

‘We’d meet, become friends, and then the movie. Before coming back – this was like an hour before the show started – I called him because I was so nervous. I was like, “I don’t know how to attack this. What should I do here? How can I perform better in this way?” ‘

While Zelina has become a unique and talented star in WWE, she hasn’t been afraid to look to those who inspired her as a fan, and she still remembers meeting Jeff and Matt Hardy as a teenager.

‘I met Matt and Jeff when I was 15, I still had braces, it was terrible. [laughs] From that moment, it’s as if they knew somehow that this was gonna happen for me. They were just supportive through the whole journey,’ she smiled. ‘Same with The Rock!’ 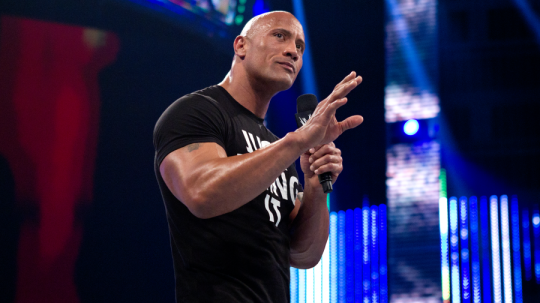 The Rock was on hand to help out (Picture: WWE)

Another major inspiration has been Hall of Famer Booker T, who has been full of praise for the way she’s thrown herself at becoming Queen Zelina – which saw her put her own spin on some aspects of the King Booker character.

She explained: ‘I called called him and asked him, “Hey if I win this thing, you were my favourite king – and Sharmelle, obviously. How do I attack this? How do I look at this? What should I do?” 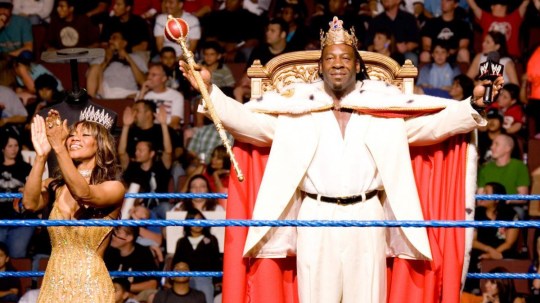 While she did look outside of the business itself, Zelina also wanted to borrow one aspect of his royal alter ego without losing her own ideas.

‘Obviously the accent is inspired by him, but I didn’t want it to be too similar because there’s never gonna be another King Booker,’ she admitted. ‘He’s completely untouchable in my eyes!

‘But if I were to make it my own in a way – some people have noticed obviously, the accent is there all the time but the second I get real mad, my normal Queens accent comes out and I have to tone it down and get back into my royal stage.’ 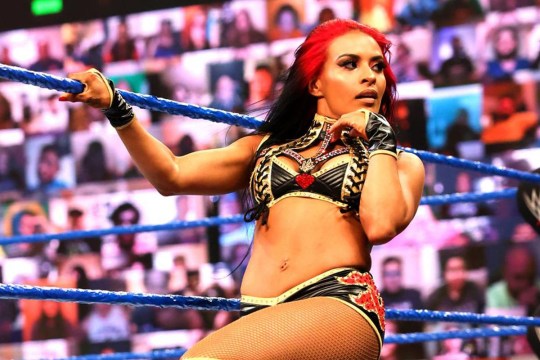 Zelina made her comeback in July (Picture: WWE)

Although she’s riding a wave of momentum now, things haven’t always been smooth for Zelina even since her comeback over summer, but she was adamant a return was the right idea.

‘At that point, yeah, it was very easy for me to come back because I always felt like I wasn’t done, I hadn’t accomplished everything I wanted to do – or even explored that,’ she said, referencing an in-ring career.

‘Really, the only dose that I got was me versus Asuka. but I felt like things needed to happen the way they did, to come back with a different mindset and different work ethic, even, and things were gonna be different. I feel like I’m a completely different person, to be honest.’

Tonight’s Survivor Series event and Monday’s episode of Raw – both at the Barclays Center – will be an emotional homecoming for the New Yorker, and the Queen from Queens is glad to be back.

Fans blasted WWE after Zelina’s planned bout was pulled from a SmackDown match at Madison Square Garden one day before the 20th anniversary of 9/11, where her late dad lost his life – but now she thinks it happened for a reason.

‘It was an outpour of support and love and fight, because thye had a lot of fight in them. I get why, but I also feel like whether it’s MSG, Barclays, Nassau Colosseum or even somewhere in Chicago – I’m going to be able to represent my dad regardless because he’s in me,’ she explained.

*WWE Survivor Series airs tonight (November 21) at 1am on the WWE Network. WrestleMania 38 takes place Saturday April 2 and Sunday April 3 at the AT&T Stadium in Dallas, Texas. Travel packages are now on sale.