THE release of this British feelgood comedy could not have been better timed.

With Freedom Day a damp squib, restrictions on holidays abroad expanding and the heatwave due to end, we could all do with a blast of escapism.

And this movie, filmed pre-pandemic, provides just that, taking its audience on much missed adventures as its key characters head off on a European train trip.

Shots are downed in a riotous Spanish bar, karaoke is sung, picture-postcard mountains glide past and a night is spent with strangers.

But this joyous ­journey was sparked by a tragedy.

After the service, her mum (a cameo from Dame Judi Dench) hands them a letter from Anna with four Interrail tickets.

Anna’s dying wish was for the trio to take her daughter Maddie (Elizabeth Dormer-Phillips) to see the Festival of Light at Palma Cathedral in Mallorca.

But all does not go to plan, mainly due to the three friends’ emotional baggage — enough to send an airport carousel into meltdown.

There is a long-running feud between soap actress Cassie and Kate as well as custody issues, ­marriage problems, money woes and the menopause. Most of these subplots are more throwaway than a single-use face mask and some of the jokes go back to the steam age.

Even more outdated is the depiction of a friendly Italian family who invite the four women to their home.

They seem to have borrowed costumes from The Godfather scene where Al Pacino is exiled in Sicily, complete with rifle-carrying guards and women in rustic dresses.

Refreshing to see a teenage girl being portrayed as the wise head not a whining snowflake.

But the chemistry generated by Preston, Phillips and Seagrove keeps the drama on track.

Preston, who died of breast ­cancer a year ago, obviously enjoyed bouncing off the slapstick Phillips and the thoughtful Seagrove in her final movie.

It is also refreshing to see a teenage girl being portrayed as the wise head not a whining snowflake.

Plus the Blondie soundtrack synchs with key plot moments.

If only it had ended with a big jukebox dance scene like Mamma Mia! the good vibes would have lingered beyond the credits.

SOME ingredients are ­generally signs of a good movie – dark humour, offbeat characters, revenge  . . . and the actor Mads Mikkelsen.

This Danish movie has them all. 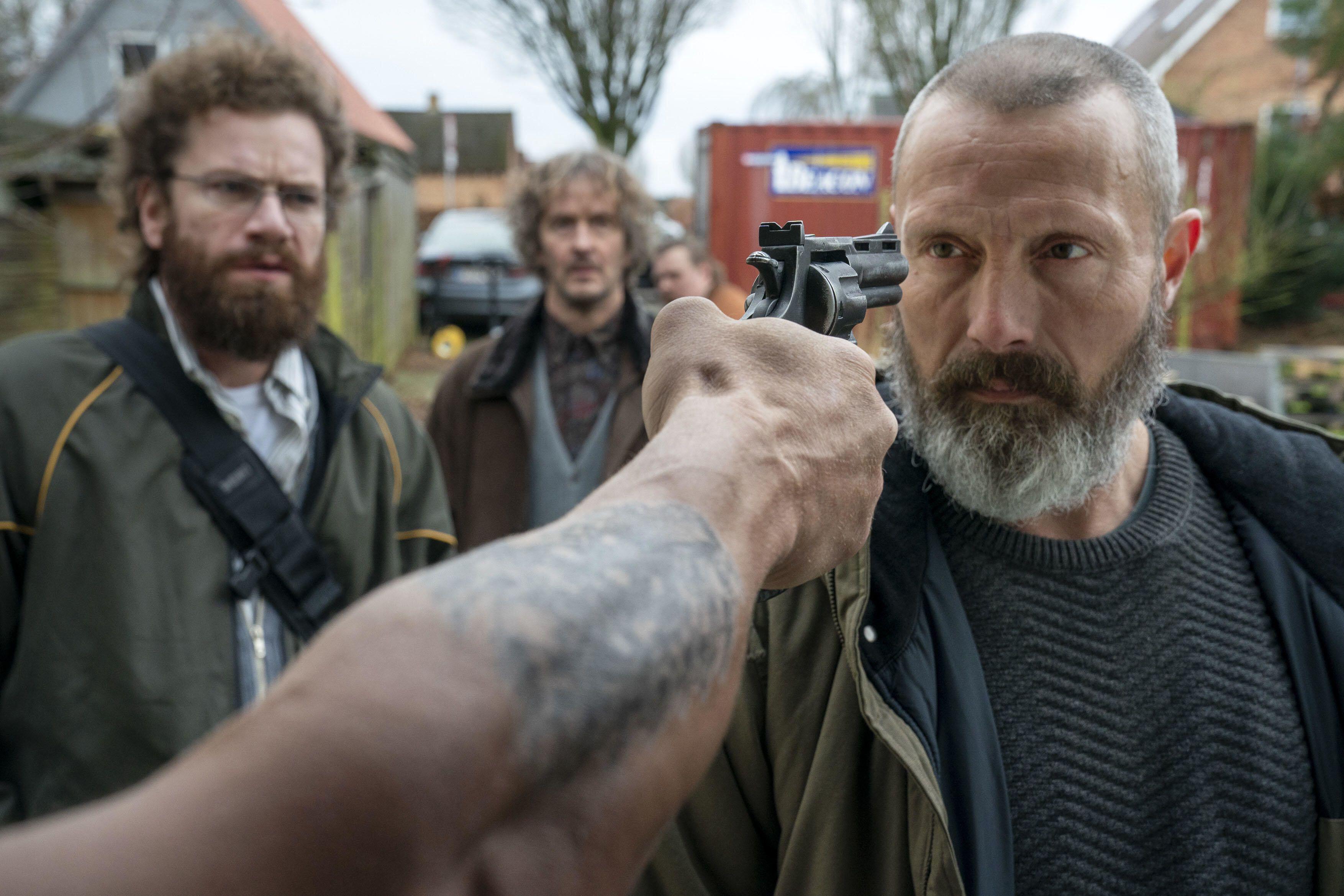 The director of Danish movie Riders of Justice has total control of the reins to create a brilliant movieCredit: Alamy

He plays the silent-but-deadly type, Markus, who returns from military action after his wife dies in an explosion on a train.

The police think it is an accident but statistics-obsessive Otto tells Markus he believes a criminal gang called the Riders of Justice are behind her death.

Sharing this theory leads matters to quickly spiral out of control because Markus prefers to communicate with his fists rather than a nice chat.

Otto ropes in his two pals, both extreme oddballs. One obsesses about screen resolution, the other his knowledge of radical psychiatric techniques.

None of them fit into Markus’s world and watching his microscopic fuse burn short is a constant source of laughs. In between the comedy, geeks with guns and bloody action, there are some diverting musings on the nature of chance.

There is nothing coincid­ental, however, about this film’s ­excellence. Director Anders Thomas Jensen has total control of the reins and Mikkelsen judges each scene perfectly.

THIS period drama reminds us that isolation is far from splendid . . . as if we didn’t know that already.

Set in rural America in the 1850s, it sees Abigail (Katherine Waterston) and her husband Dyer (Casey Affleck) running a farm. 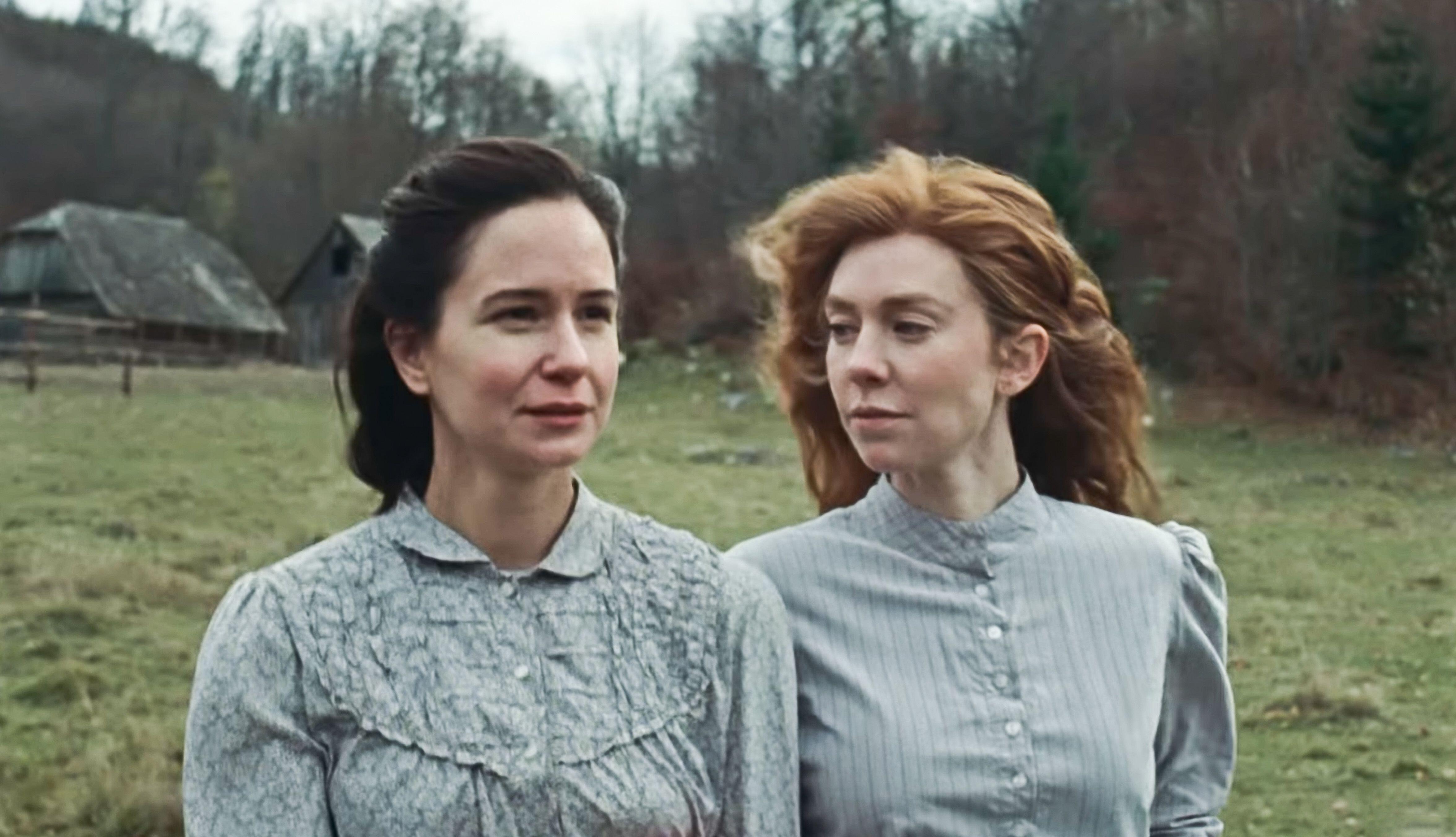 Set in rural America in the 1850s, The World to Come shows that­ ­Mission: Impossible star Vanessa Kirby has a big future yet againCredit: Alamy

There is no one to talk to – and certainly not each other. The couple are total introverts and have little interest in conversing about their misery.

Intense blizzards, the relentless work and the loss of their only child, their daughter Nellie, quietly dominate their lives.

Frustratingly, we learn most of this by Waterston narrating Abigail’s diary rather than it being revealed through dramatic acts. But the grim mood lifts suddenly when a spirited neighbour and her husband arrive in the spring.

Abigail’s attraction to ­Tallie (Vanessa Kirby) is immediately obvious but it takes some time for the two women to admit their feelings are more than merely platonic.

When the bodice-ripping does commence, it feels out of place with the rest of the movie, the vivid lesbian sex clashing with the high art.

Nevertheless this film does show, once again, that­ ­Mission: Impossible star Kirby has a big future. Whenever she is on screen, she shines.