Richard Hammond on why The Great Escapists is vital TV viewing 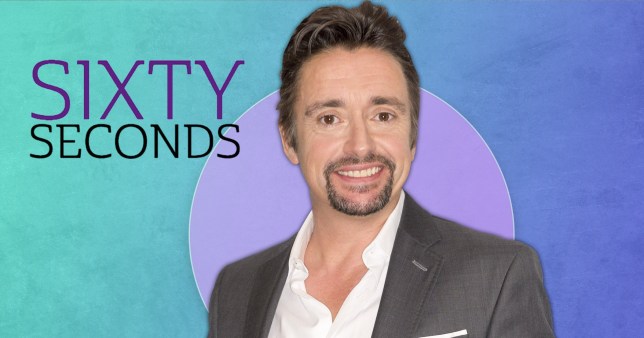 The TV presenter, 51, on making pop science in Panama, missing life on the road and how he’s keeping sane.

Yes, I think we may have benefited inadvertently from the timing there – even the fact it has ‘escape’ in the title is an advantage so we’re quite relieved by that.

How did it all come about?

I wanted to do something in the pop-science base. I also wanted a co-host and Tory Belleci used to host Mythbusters, so we got talking and thought we needed to put ourselves somewhere where we have to use the kind of science, experiments and stunts to survive.

Then we dialled it up to 11. We’re caricatured versions of ourselves, it’s scripted and I would love to think the science might help with homeschooling.

Tory says you’re a brother from another mother…

I sobbed like a baby when we parted at the end. It was my little production company making the show and it’s a hell of a commission for us with Amazon on board.

We moved 70 people and countless container-loads of kit to an island off Panama and it wasn’t until we shot scene one that I realised we’d never worked together – what if this doesn’t work? But he was just a joy.

We were working six days on and one day off so Tory and I took the devastating decision that we couldn’t afford to be staying up all night drinking piña coladas. 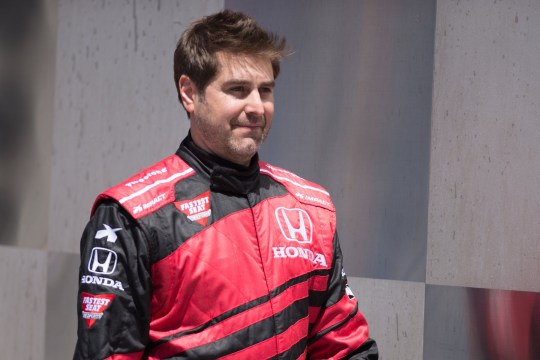 It looks beautiful there. Anything tough about it?

There was one beach that always had about a billion flies on it that we called Bitey Beach. The crew dreaded filming there. They were wrapped up from head to toe because at the right time of day you got eaten.

You couldn’t go in the water after certain times because there are a lot of things that could hurt you badly. There were quite a few crocodiles knocking about. But it was a desert island – it wasn’t an unpleasant place to be for seven weeks.

Is your aim to get people making similar things themselves?

Science is having a particularly direct effect on all our lives and engineering will do as we go forward – to climate change, to transport, to vaccines.

All of these things need to be highlighted but it is a family watch.

What is the most extravagant thing you build?

The treehouse itself is incredible. There’s a 12m-diameter water wheel that we used to make electricity.

We built a lot of enormous things because it’s for Amazon – they’re not going to accept us standing on a windswept airfield, saying ‘I made this’. They were very clear, you have to go big.

Were there any accidents?

I didn’t have any, which is a rarity. The insurers were glad, especially with my track record. Pretty much all of us knew what we were doing, roughly. 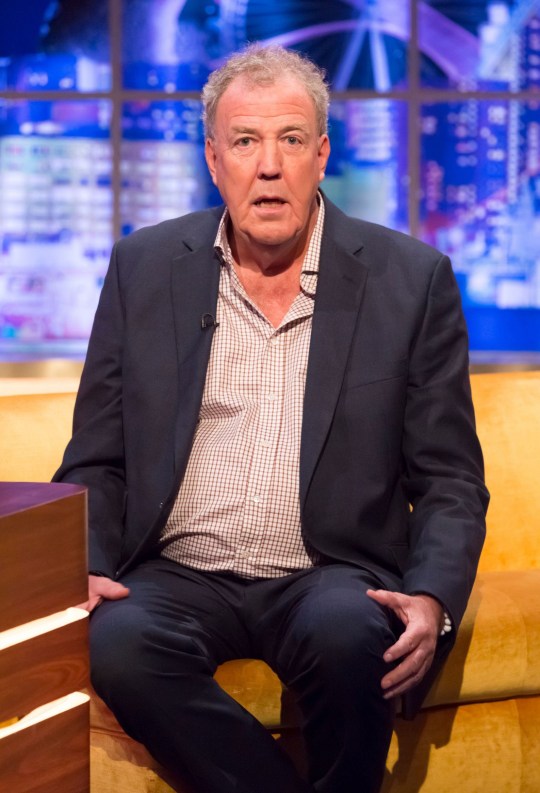 How did Jeremy Clarkson feel about you saying on the show that an old leathery, misshapen football reminded you of him?

I did tell him and he laughed. It was funny! He knows the truth.

Have you, Jeremy and James May been in touch much over the lockdowns?

We managed to get a little bit of filming done last year in between lockdowns instead of filming all around the world like we were supposed to.

So we speak and we’re planning because we’ve had to stop at the moment, obviously. We very much hope to get back on the road when we can.

Who’s coping the least well with the restrictions?

I don’t know. We’ve spent the past 25 years living out of a suitcase and those suitcases have stayed under our beds. My job is predominantly travelling and I haven’t been for a year, which is very strange.

We came back from those seven weeks in Panama into lockdown three days later. But it’s been great to be home and I’m very lucky, I live out in the country and we have a bit of space.

Enough is enough, though – I’d quite like to get back to work. I’m not saying ‘poor me’. I think whatever your situation, you can’t afford to moan because there’s always somebody worse off.

What have you been doing to keep yourself busy?

My eldest daughter has just started university, the other one is doing her A levels, which isn’t ideal, but we’re lucky there are the four of us here and we have the dogs so we can keep sane.

What do you miss the most about the normal world?

I think, like a lot of us, it’s missing something we didn’t even know we had, which was just the ability to see friends or go to work.

We can do a lot through Zoom but it’s not the same as sitting having a sandwich in a canteen and talking nonsense about what you did yesterday. Those throwaway moments I think we’re all missing.

The Great Escapists is on Amazon Prime Video now.