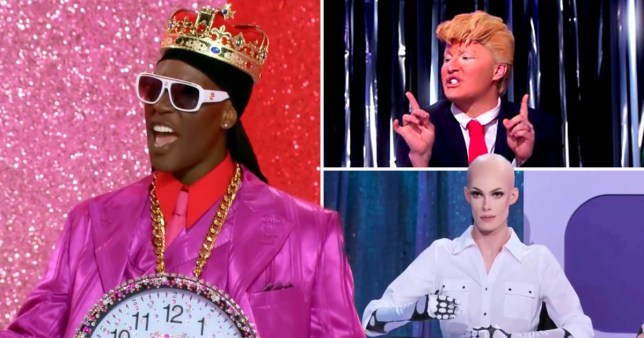 Ever since season two of RuPaul’s Drag Race, one of the most highly-anticipated challenges that takes place on the programme is… *drumroll please*… the legendary Snatch Game.

Taking inspiration from the American game show Match Game, Snatch Game sees the competitors choose celebrities to impersonate, imitating everything from their looks to their mannerisms.

They then use their personas to try and make head judge RuPaul laugh, some with more success than others.

While some drag queens fall flat on their faces when Snatch Game comes around, others put on star-making turns, such as The Vivienne – who portrayed Donald Trump in the first series of Drag Race UK – and Shea Couleé – who won season five of All Stars after her performance as Flavor Flav.

And so without further ado, here is our ranking for the top 12 performances ever to be seen on Drag Race’s Snatch Game. 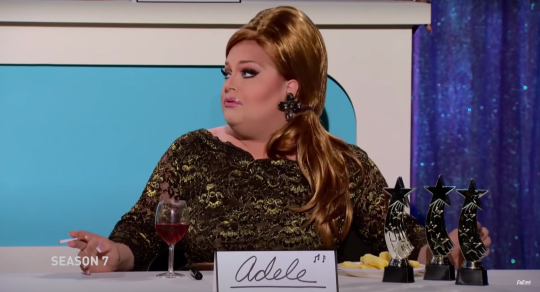 Ginger Minj was every inch the singing sensation (Picture: VH1)

While her English accent may not have been perfect, that admittedly made her performance even more charming.

Plus, she did manage to convey Adele’s funny side, complete with a cigarette in one hand and a glass of wine in the other. 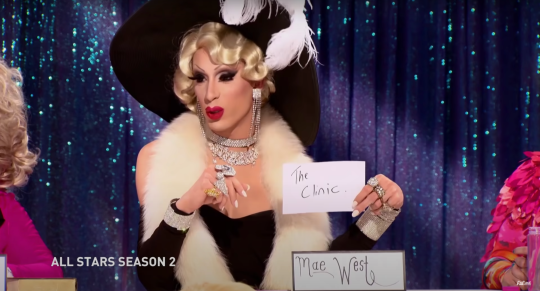 Alaska transported viewers back to the golden age of Hollywood (Picture: VH1)

Alaska was as sultry as they come as Mae West in season two of All Stars, channelling the iconic movie star’s sensuality and charisma.

The drag queen didn’t hold back in her exchanges with RuPaul, telling the judge: ‘When I’m good I’m good, but when I’m bad I get a serious venereal disease.’

Just one of the reasons why Alaska’s Snatch Game is so unforgettable. 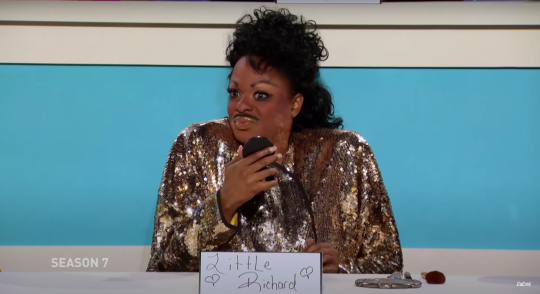 When it came to Kennedy Davenport’s Little Richard, she barely needed to say anything to be absolutely hilarious.

Her groovy shrugs, hearty laughs and cheeky answers had RuPaul and the celebrity guests bursting into laughter.

Not to mention her occasional outbursts of high-pitched singing. We could watch Kennedy for hours. 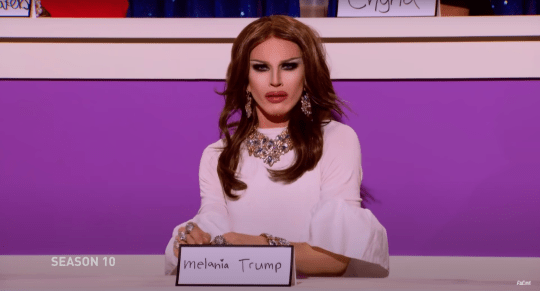 With Aquaria’s masterful depiction of former First Lady Melania Trump, it was all in the details.

From her squinting expression to her pursed lips, the Tiffany gift box she gave to RuPaul and ridiculous responses to questions, Aquaria pulled out all the stops to help her stand out from the crowd. 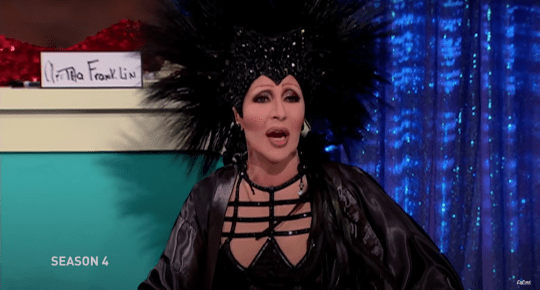 From the very beginning of season four, Chad Michaels made it apparent that one of her top talents is as a Cher impersonator.

One could argue that playing Cher in the Snatch Game was Chad playing it safe. But why not do what you know you’re good at?

Chad brought several different versions of Cher to the table, proving once and for all that she is the queen of Cher lookalikes. 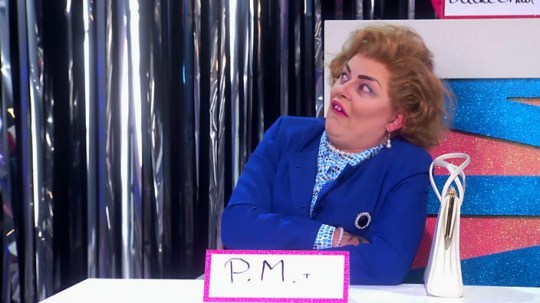 Baga Chipz was behind several of the most iconic moments from Drag Race UK series one.

But her portrayal of former Prime Minister Margaret Thatcher definitely took the biscuit.

What with her fanged teeth, red eyes and wayward wig, you just couldn’t take your eyes off Baga when it was her turn to make RuPaul laugh.

6. Bob The Drag Queen as Suzanne Warren and as Carol Channing (season eight) 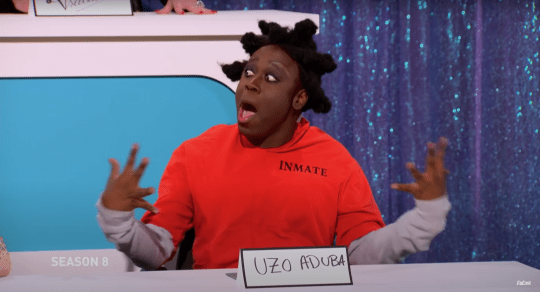 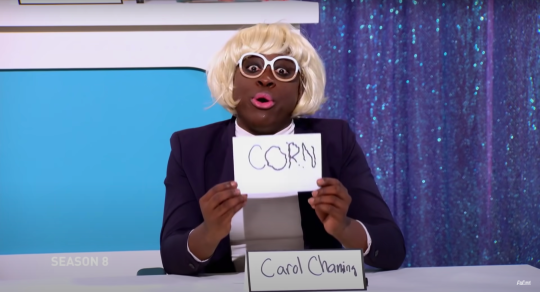 Bob The Drag Queen brought not one, but two characters to Snatch Game in season eight.

To be honest, Bob didn’t need to switch from Orange Is The Black’s Suzanne Warren (Uzo Aduba) to actor Carol Channing, as the drag queen’s depiction of ‘Crazy Eyes’ was impressive enough. 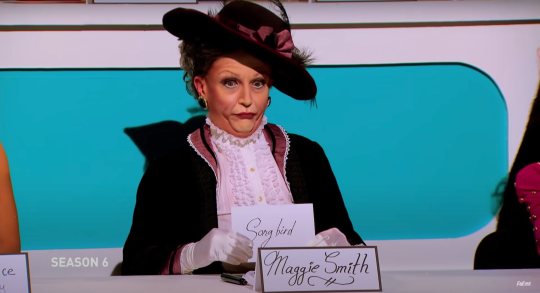 BenDeLaCreme gave it her all when she portrayed the esteemed actor on The Snatch Game, with every exaggerated tut and disapproving eye-roll.

We would think the dame would approve of such an elegant tribute.

4. The Vivienne as Donald Trump (UK, series one) 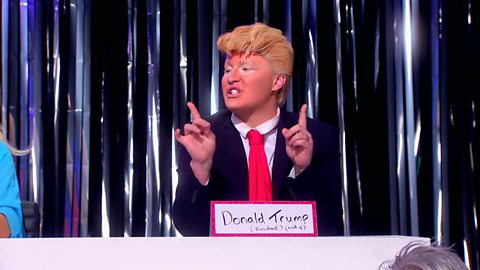 The Vivienne’s portrayal of Donald Trump couldn’t have been better (Picture: BBC)

What better way to make your mark in the first series of Drag Race UK then by impersonating the former President from across the pond, complete with masses of orange fake tan?

The Vivienne, known for her glitz and glamour, completely transformed to become Donald Trump, earning a joint victory in the Snatch Game with Baga.

Even if The Vivienne hadn’t walked away the winner of Drag Race UK, her performance in the Snatch Game would still have cemented her place in Drag Race herstory. 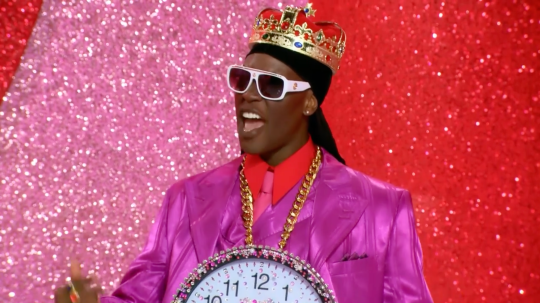 In Drag Race, the majority of the performers who reach the stage of Snatch Game tend to portray famous women when they take on the challenge.

However, there are some, like Shea Couleé, who decide to take a gamble by playing male celebrities instead. And in her case, the gamble definitely paid off.

In season five of All Stars, Shea brought the house down as rapper Flavor Flav, riffing easily with Jujubee’s Eartha Kitt, who should have arguably been a joint winner. 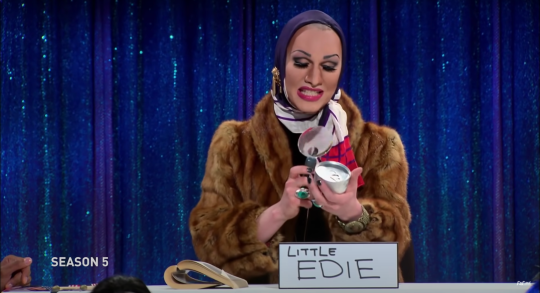 You may not have known Little Edie before, but you’ll never forget her now (Picture: VH1)

When taking part in the Snatch Game, it can be a bit of a risk when choosing to depict an individual that some people may not have heard of.

Jinkx never broke character as Little Edie, using her old-fashioned mannerisms to leave viewers and RuPaul in hysterics, and went on to win the whole competition. 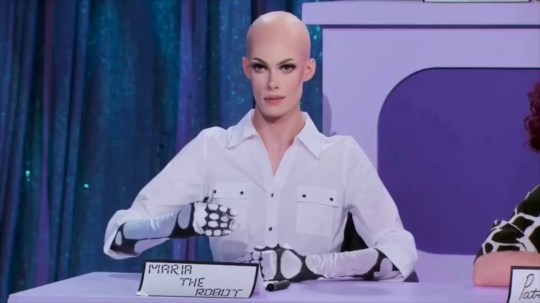 One of the best parts of Gigi Goode’s performance as Maria the Robot was the sheer shock value.

Earlier on in the episode when RuPaul checked in to see who Gigi was planning on doing, the judge didn’t seem too convinced that a robot would be the best idea. Because of course, how can you make a robot funny?

Fortunately, Gigi surprised the hell out of RuPaul with her dry wit, robotic movements and zippy one-liners, making her Snatch Game performance one of the most memorable and entertaining ever.

RuPaul’s Drag Race US drops new episodes on Netflix on Saturdays with Drag Race UK airing on Thursdays at 7pm on BBC iPlayer.