A fine night out on the town could descend in chaos (Picture: James Devaney/GC Images)

Filming for the Sex and the City reboot is in full swing, with the fabulous trio being joined by more of their fellow original cast members as they live it up in New York City in new set pictures.

When details of the upcoming series, titled And Just Like That…, first emerged, many Sex and the City fans were devastated to learn that Kim Catrall would not be reprising her role as the smooth-talking Samantha Jones.

While filming in New York on Saturday July 24, the group were spotted outside the Lyceum Theater, where Carrie’s friend Stanford Blatch (Willie Garson) and his husband Anthony Marentino (Mario Cantone) were captured having what appeared to be a heated quarrel.

In one photo, Carrie, dressed in an elegant cream jacket with a blue rose on the front, raises a ticket in the air, implying that the characters are off to the Manhattan School of Music – as signalled by the posters in the entrance – to watch a musical performance.

Stanford greets his old friend with a kiss on the cheek, standing out from the crowd in an electric blue ensemble. 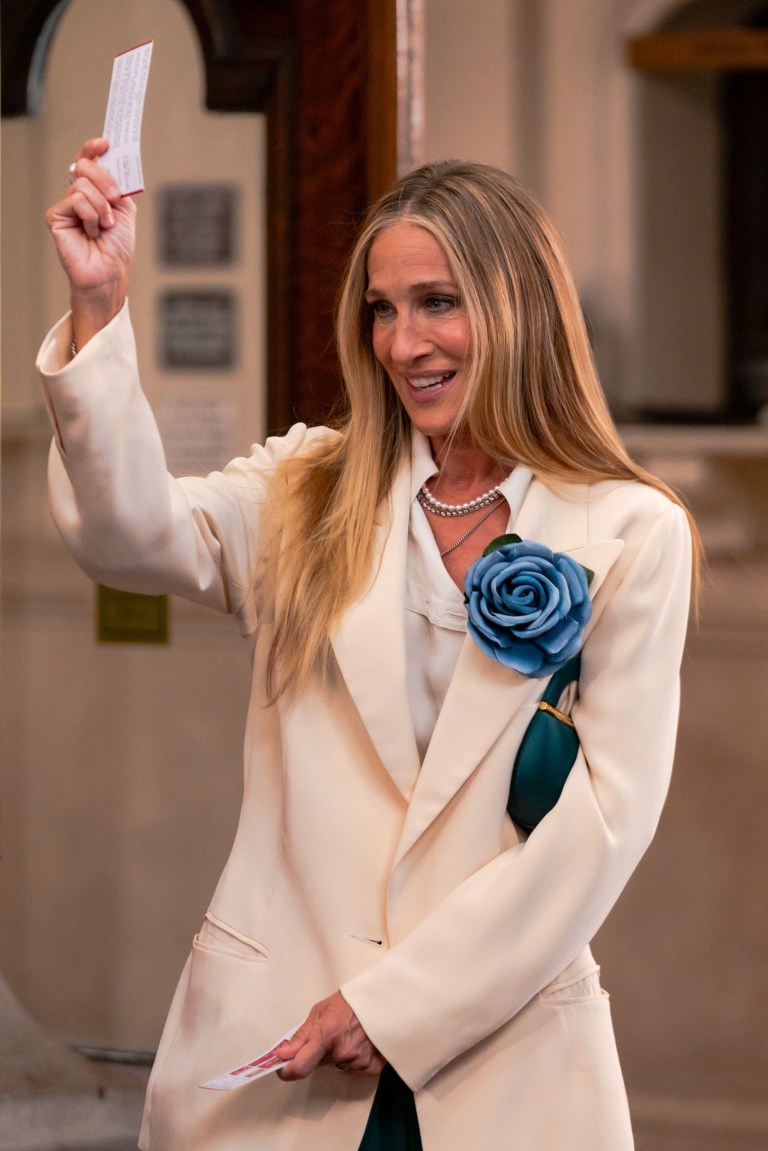 Carrie has her ticket at the ready (Picture: Gotham/GC Images) 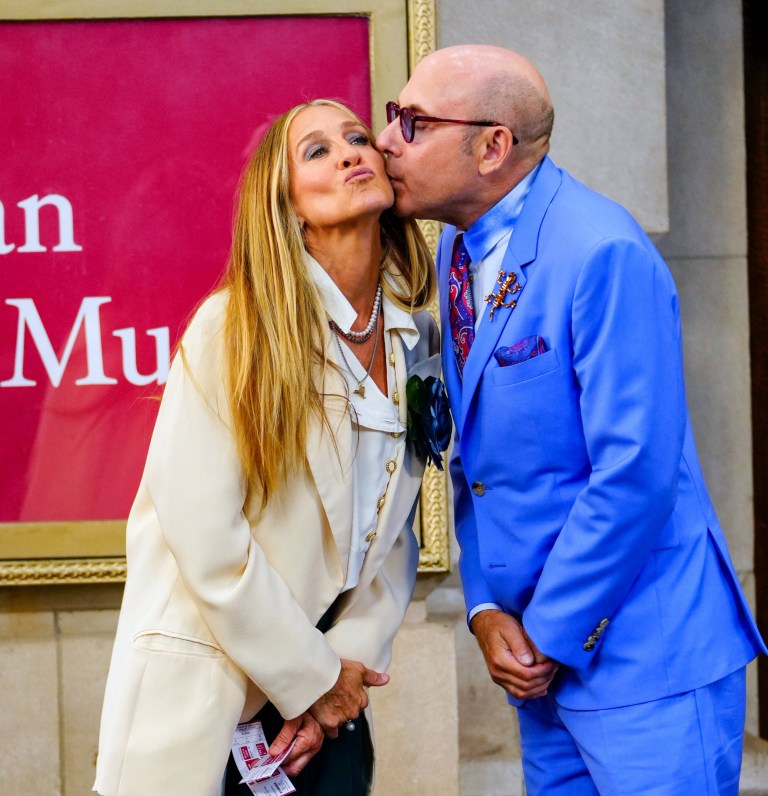 Carrie and Stanford are both experts at pulling off a good suit (Picture: Gotham/GC Images)

However, Anthony appears disgruntled yelling at a startled Stanford as Carrie awkwardly stands between them.

As Anthony continues to shout at his spouse, a shocked expression dawns on Carrie’s face, while Miranda talks to Steve behind them, possibly fixing his olive green jacket. 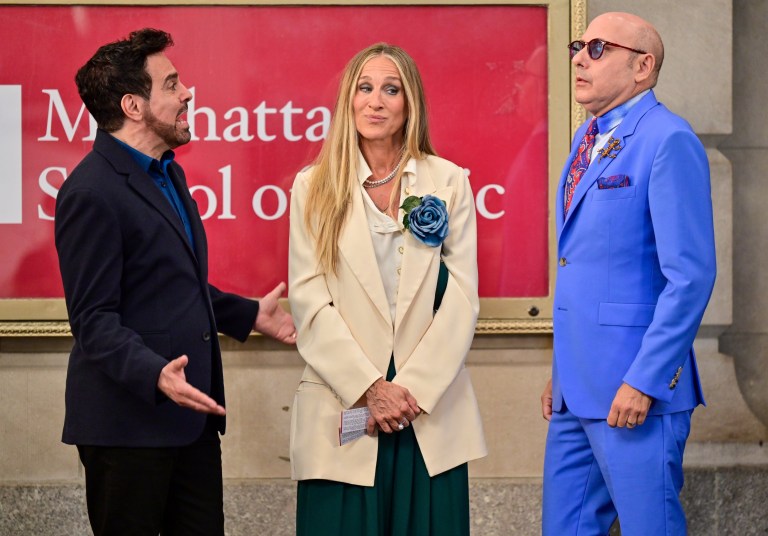 What could have made Anthony so riled up? (Picture: James Devaney/GC Images) 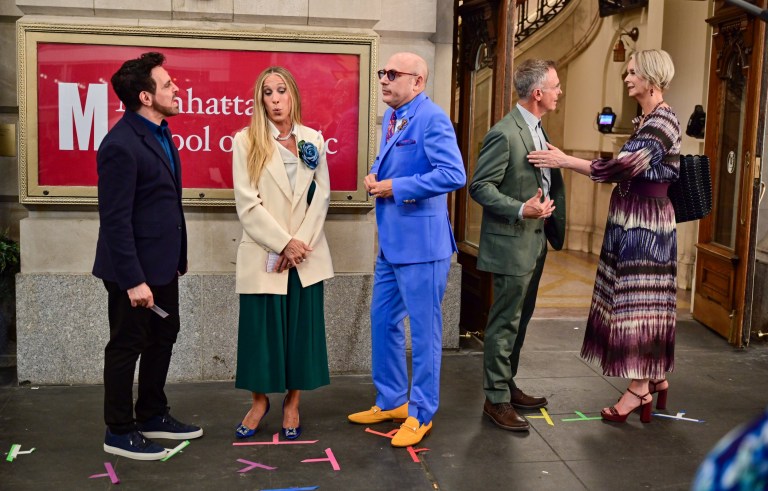 As Stanford and Carrie enter the theatre, Carrie appears to give her pal a playful pinch on the backside, while another photo shows her placing a calming hand on Anthony’s shoulder.

Sarah was in high spirits while filming the And Just Like That scenes, grinning from ear to ear as the camera crew stood nearby. 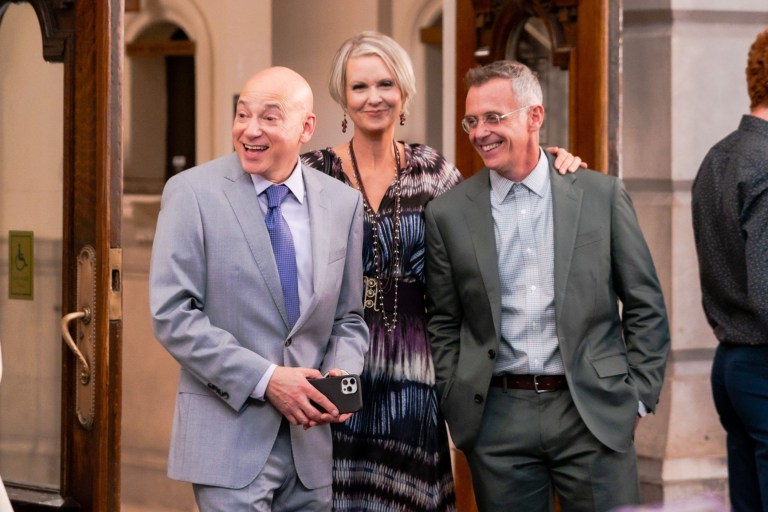 Charlotte and Miranda’s husbands are back in town (Picture: Gotham/GC Images) 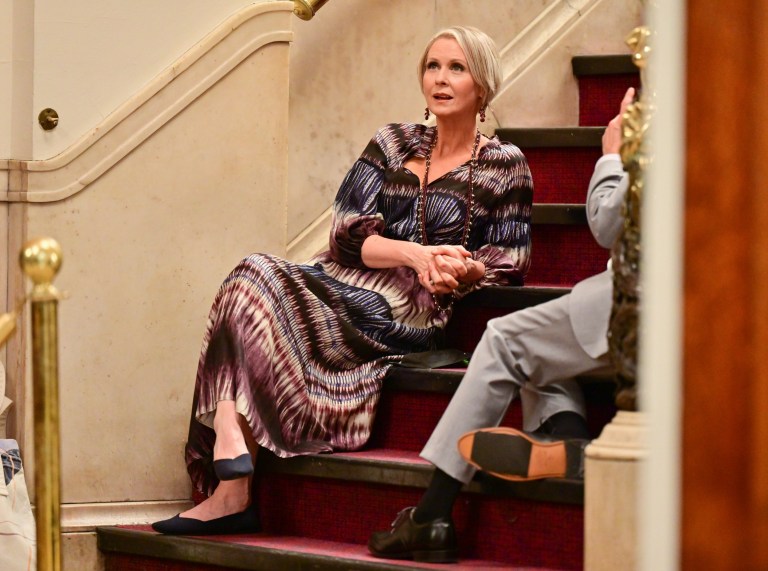 Stanford and Anthony’s quarrel doesn’t seem to prevent the other members of the friendship group from having a good time on their night out, as Miranda grins while standing with an equally cheerful Steve and Harry, who’s smiling at something in the distance while holding an iPhone.

One laidback moment shows Miranda sitting on the steps of the theatre, leaning casually as someone, possibly Harry in his grey suit, chats to her. 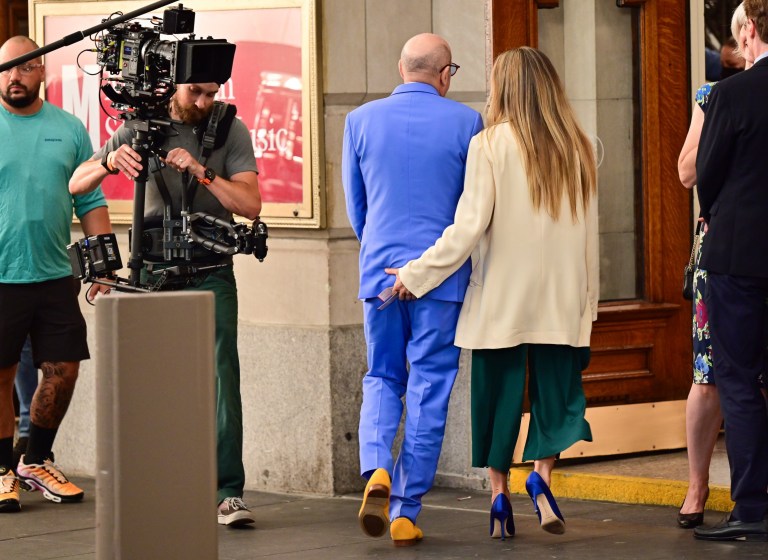 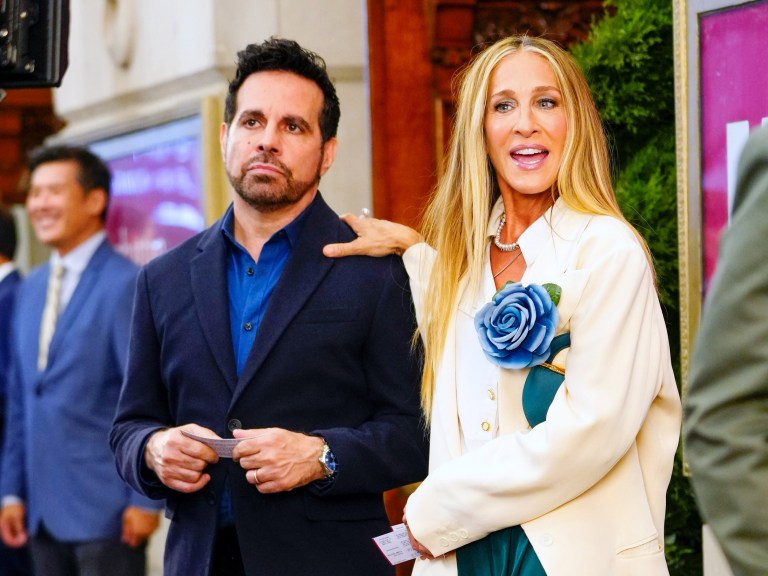 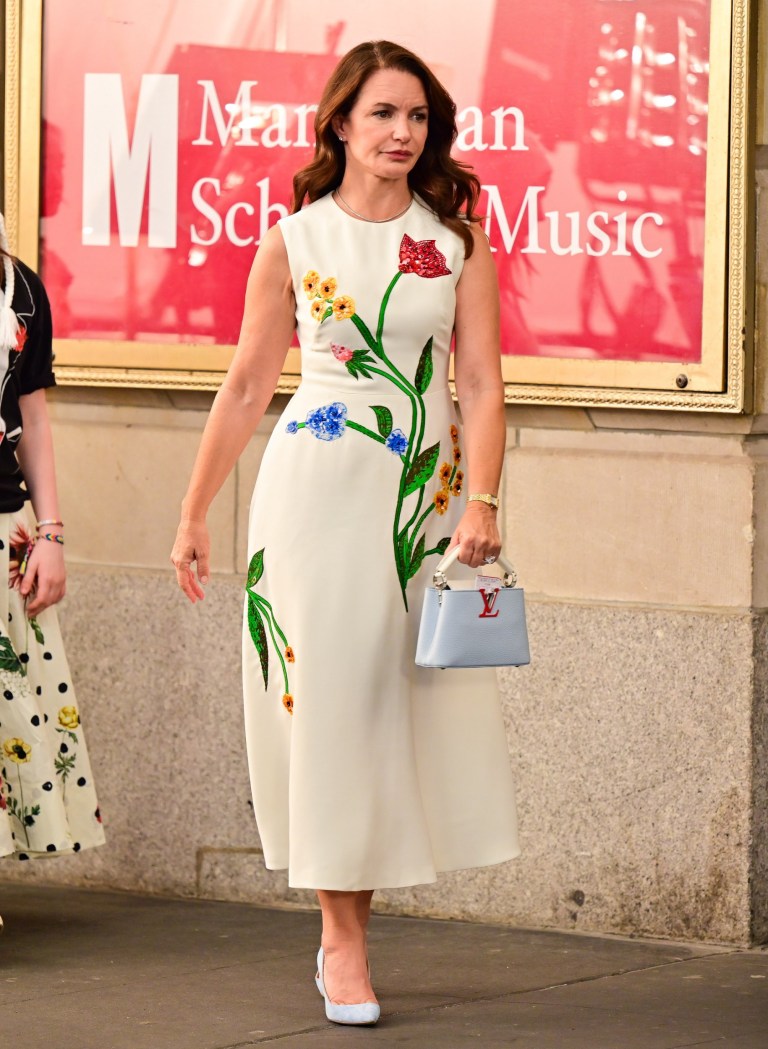 Something on your mind Charlotte? (Picture: James Devaney/GC Images)

However, when Charlotte was pictured outside the theatre, she didn’t seem to be in that great a mood, perhaps due to something that’s playing on her mind.

Earlier this week, photographs taken during the filming of And Just Like That revealed a pivotal scene between Carrie and her nemesis Natasha (Bridget Moynahan), an ex-wife of Carrie’s long-time love Mr Big (Chris Noth).

While out in the city, Carrie, Miranda and Charlotte are shocked when they spot Natasha through a window, resulting in them making a run for it down the street.

It’s been suggested that in the new series, it will be revealed that Big is still involved with his ex-wife in some form or another. We can taste the drama!

And Just Like That will be available to stream on HBO Max.