Original Never Mind The Buzzcocks star Simon Amstell has revealed he never got the call to feature in the upcoming reboot.

The beloved comedy panel show is making its long-awaited return later this year with Noel Fielding stepping back into his role as team captain alongside This Country’s Daisy May Cooper.

Simon, who was a team captain on the programme for six years, won’t, however, be appearing in the eight-episode Sky series.

When quizzed on whether he was invited back, Simon said: ‘I’ve shed that skin. That skin is on the floor.’

The NME reports he then shook his head and added: ‘No.’

Never Mind the Buzzcocks originally aired between 1996 and 2015 and was first hosted by Mark Lamarr, then by Simon, and later by a number of guest presenters, with Rhod Gilbert hosting the final series. 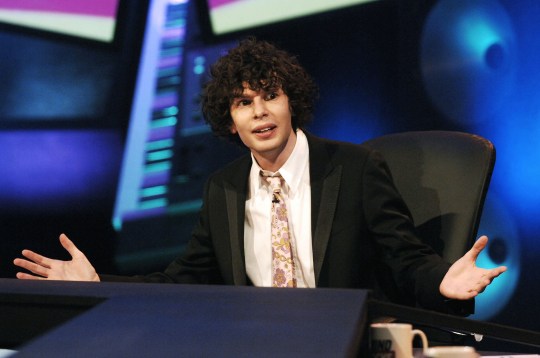 Simon first joined Never Mind The Buzzcocks in 2003, before going on to become presenter three years later. He later quit in 2009, adding to the publication that his ‘body didn’t want to do it anymore’.

‘You see people who are still there doing things but their souls have disappeared so there’s no joy in it anymore, so I’m scared of not listening to the part of me that knows when it’s time to stop something and start something new.

‘You have to keep shedding old skin in order to be reborn as something else. I’m constantly rewriting who I am but sometimes it takes a while for people to catch up with that.’

The new series of Never Mind The Buzzcocks will be hosted by The Inbetweeners star Greg Davies, with stand-up comic Jamali Maddix serving as a regular guest.

The remaining celebrity guests are set to be revealed in due course.

Never Mind The Buzzcocks is set to return in the autumn to Sky and NOW.