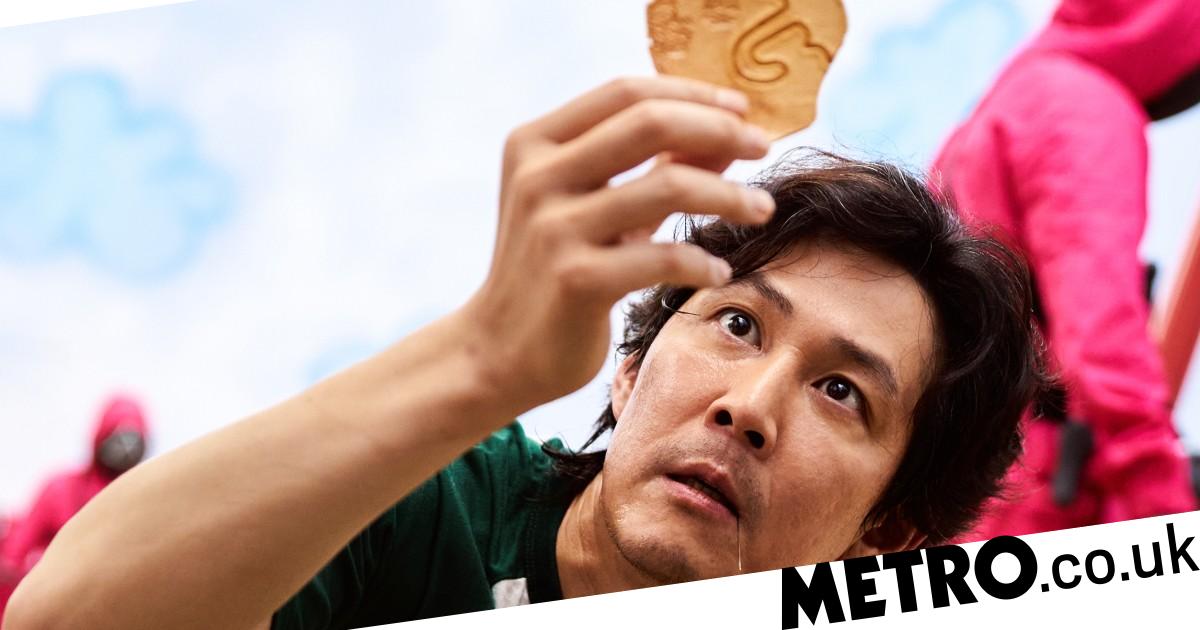 The dalgona cookie has taken over the internet (Picture: Netflix)

Squid Game has basically taken over the world over the last few weeks, and fans everywhere have been immersing themselves in the hit Korean drama.

The hugely popular show follows debt-ridden contestants as they attempt to win a cash prize of 45.6 billion won (£28m) by winning a series of playground games – and if they lose, they die.

Fans have been reenacting the fiendish games online, and now one TikTok user has gone viral after attempting the dalgona cookie challenge from episode three.

As viewers will remember, contestants on the show are given a tin containing the dalgona. They are then told they must carve around different shapes without the candy snapping or cracking, or they’ll die.

The cookie, which is made from sugar and baking soda, has taken over the internet over recent times.

Now, TikToker Bayashi has tried his hand at cutting out the intricate shapes – and seen whether or not they’d survive the game on the show.

He’s tried the challenge a number of times – a luxury which players on the show don’t get – and one video has been seen millions of times.

Just like certain characters on the show, the TikToker holds a lighter under a needle in order to heat it up and cut through the honeycomb.

It’s an ingenious approach – but not all of his efforts are that successful, with other videos showing the honeycomb breaking, and even smashing on the table.

Elsewhere, viewers are on tenterhooks as they wait to hear about a possible Squid Game season 2.

The creator of Squid Game, Hwang Dong-hyuk, also recently hit back at claims made online that the hit Netflix series plagiarised a Japanese film from 2014.

Squid Game is available to watch on Netflix.