Things are looking spookier than ever in Stranger Things season 4 (Picture: Netflix)

Netflix unveiled the footage on November 6, giving fans their latest look at what is going on with Eleven (Millie Boby Brown), Mike (Finn Wolfhard) and the rest of the gang.

It’s definitely got fans talking – and they’ve had to wait a long time for new episodes after Covid-19 halted production on the new series, with season 3 having dropped over two years ago.

So just when can viewers expect to return to the Upside Down?

When is Stranger Things season 4 out?

There’s no official release date for the new series yet.

All that’s known is that the series will debut sometime in 2022. 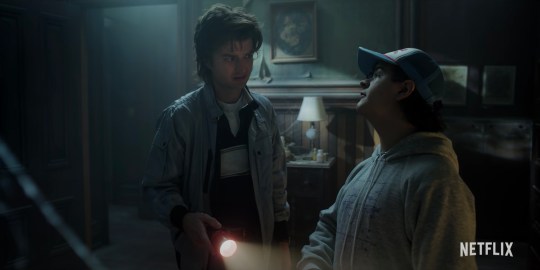 Fans have been given their glimpse of Steve and Dustin in the new season (Picture: Netflix)

Season 3 debuted in July 2019, but it’s likely the new series will release earlier in the year after such a long wait due to the Covid-19 pandemic – which, bosses teased, has made the show even better.

‘But it impacted very positively by allowing the Duffer brothers, for the first time ever, to write the entire season before we shoot it and to have time to rewrite in a way that they rarely had before so the quality of these screenplays are exceptional, maybe better than ever.’

Matt and Ross Duffer, the show’s creators, confirmed that season four was coming back in early 2020.

When it was announced, they released a statement explaining what fans can expect.

‘Although it’s not all good news for our ‘American’; [Hopper] is imprisoned far from home in the snowy wasteland of Kamchatka, Russia, where he will face dangers both human… and other. Meanwhile, back in the States, a new horror is beginning to surface, something long buried, something that connects everything…’

What’s the most recent trailer?

The most recent trailer – the fourth offering so far – was released on November 6.

It takes more of a focus on Eleven’s seemingly cushy new life in sunny California, as well as displaying some of the explosive action we can expect to see from the hotly anticipated return of the worldwide phenomenon.

Everyone’s favourite faces are back for more. 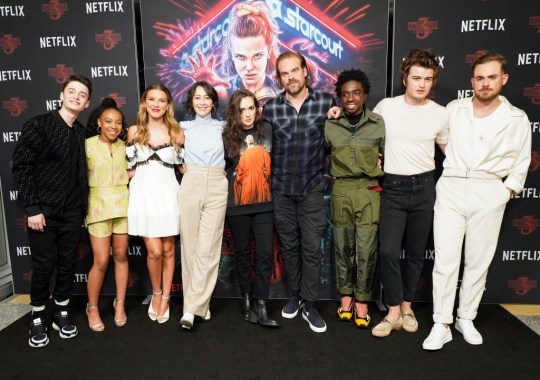 The cast are all back for more Hawkins horror (Picture: Getty)

How many episodes will there be?

According to IMDB, there’ll be nine episodes in the new series.

The first episode of the fourth season is to be titled Chapter One: The Hellfire Club.