Strictly 2021: Does Johannes Radebe have a partner?

Johannes and John have made history together (Picture: BBC/Guy Levy)

Bake Off legend John Whaite and professional ballroom dancer Johannes Radebe have made it all the way to Strictly Come Dancing’s semi-final as the show’s first-ever all-male pair.

The couple made history on the 2021 series of the BBC dance competition – after Nicola Adams and Katya Jones formed the first-ever same-sex partnership on the series in 2020.

Together, the pair are currently third favourite to win the Glitterball Trophy behind Rose Ayling-Ellis and AJ Odudu – even after last week’s gaffe which left Johannes ‘mortified.’

From what we’ve seen on the dancefloor, the pair get on famously – but as for their personal lives away from the show, they tend to be pretty private.

We know that John is in a happy relationship, with his partner recently speaking out about the Strictly curse – but what about Johannes? Is he dating or married?

Here’s what he has shared publicly…

Is Johannes Radebe married or does he have a boyfriend? 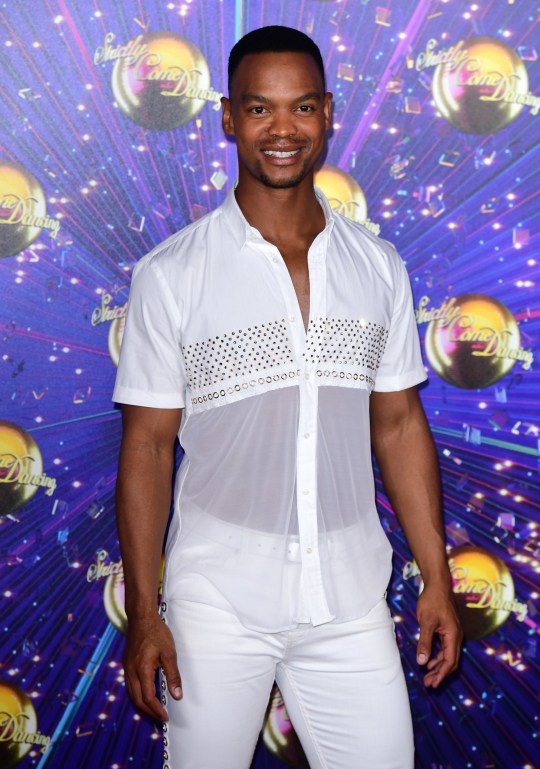 Johannes has been on Strictly since 2018 (Credits: Ian West/PA)

South African star Johannes is thought to be single, but it may just be that he’s decided to keep his personal life private.

In June this year during Pride month, 34-year-old Johannes wrote for Metro.co.uk about the significance of his first heels routine on Strictly. He says it was his way of coming out as gay.

The dancer wrote that because of the ‘nurturing and supportive atmosphere’ he grew up in, where he was ‘loved and embraced’ his entire life, he never felt as though he ‘had to formally come out’ to his mum or his friends.

‘I knew that as soon as I put those heels on and danced with my red “Pose” fan to a rendition of Blondie’s Rapture, that everyone else would find out I was gay,’ he said.

‘And they did! I had distant uncles from remote areas of South Africa who had previously asked why I didn’t have a wife get in touch to say they understood why now.

‘The dance itself was an overwhelmingly beautiful, powerful moment for me.’

Who is John Whaite’s boyfriend?

While Johannes is seemingly single, his dancing partner John Whaite is not.

He’s engaged to his long-term love Paul Atkins, who he first met in Manchester in 2008, reports say. They became fiancés in 2017.

Paul works as a graphic designer. When not on Strictly, he and John are believed to live together in Leeds.

The happy couple don’t usually flaunt their relationship on social media, but occasionally John shares a pic of the two of them together.

In late October, John shared a mirror selfie of him and Paul after they’d enjoyed a date night together – some well-deserved time away from the dance studio.

Strictly Come Dancing continues tonight on BBC One at 7.05pm.