Strictly 2021: John Whaite talks ‘symbolism’ of routine ahead of semi-final

John and Johannes are set to perform an emotional routine this weekend (Picture: Guy Levy/BBC/PA Wire)

John and Johannes have gone from strength to strength during the competition after making history when they became the first all-male couple to compete on the programme.

They remain one of the favourites to win the competition, after being tipped by the bookmakers early on.

This weekend, they will be dancing two new routines, a Jive to Higher Power by Coldplay and Couple’s Choice to Hometown Glory by Adele.

But having already teased an emotional Couple’s Choice, John explained a bit more about just how much it means to the pair.

Ahead of the semi-final, Great British Bake Off winner John posted a poignant message to his Instagram, to explain the symbolism behind his and Johannes’ Couple’s Choice routine. 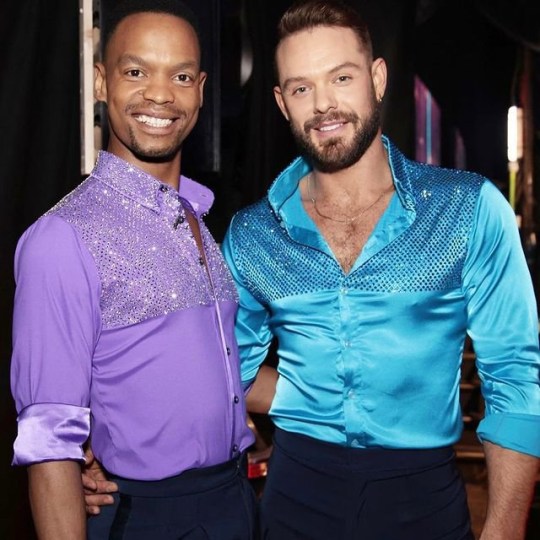 John and Johannes have smashed the competitions so far (Picture: Instagram/ john_whaite)

Alongside a snap of the duo in rehearsals, he begun: ‘We wanted our couple’s choice to symbolise a couple of things.

‘First, returning to a place where originally you couldn’t be yourself but after the support of friends and the kindness of strangers, you return confident in who you have become.’

John went on to add how many men are ‘shoehorned into boxes of masculinity’ and continued: ‘They’re told not to be camp, not to play with dolls, not to cry, not to express emotion.

‘We wanted to demonstrate that men can be sensitive and kind and gentle, that we don’t have to be aggressive and numb and cold.

He concluded: ‘I hope you enjoy our story.’

His dance partner expressed his support in the comments, writing: ‘The people I’ve met yeah, are the wonders of my world…’

John’s followers also flooded the replies with kind messages, with one saying: ‘I’m loving just about everything you’ve danced so far… really looking forward to this evening.’

Yes!!! I can’t wait for tonight. My little boy 3.5 years old adores watching you dance (“my john and Jojo”) and I was so proud when I heard him say the other day “it’s ok to cry Mummy. Sometimes we just need to let it all out”. Xx,’ said another.

‘So looking forward to tonight, you’ll both be amazing,’ added another follower.

During last weekend’s results show, John revealed the song was dedicated to the people who had supported him and Johannes in their lives.

‘It’s going to be a dedication to all the people who have supported Johannes and me through our growing up years, in our moments of struggle in life.

‘It’s going to be a happy celebration and a dedication to the people who have had our back since day one.”

Strictly Come Dancing semi-final airs tonight at 7.05pm, with the results show on Sunday night at 7.20pm on BBC One and BBC iPlayer.