Strictly Come Dancing star Tilly Ramsay is keen to ‘draw a line’ under the outcry that surrounded LBC’s Steve Allen branding her ‘chubby’ on air, which drew more than 800 Ofcom complaints, calls for the presenter to be sacked and had stars rallying around the 19-year-old.

Steve, 67, spoke about Tilly’s dancing on air, saying on his radio show on October 18: ‘She can’t blooming well dance. I’m bored with her already.

‘She’s a chubby little thing, isn’t she? Have you noticed? Probably her dad’s cooking I should imagine.’

Tilly then addressed Steve’s remarks herself in a classy response on her Instagram account, which was widely praised, where she told the radio host to ‘feel free to voice your opinions, however I draw the line at commenting on my appearance’ and called out his turning ‘such a positive experience negative’.

She concluded: ‘Please remember that words can hurt and at the end of the day I am only 19.’

Steve has reportedly since privately apologised to Tilly.

Speaking exclusively to Metro.co.uk, Tilly revealed that she is ‘happy’ she publicly called Steve out for his behaviour and is now ready to ‘move on’ and focus on the things that are ‘important right now’ – which include just enjoying herself while taking part in Strictly.

She explained: ‘It’s something I think I addressed, and I’m happy I did that. But I also did it in order so I can draw a line under it and move on, and focus on what’s important right now, which is dancing, university and just having a good time.’

When asked if she had thought about being a role model, and if that was on her mind when she decided to tackle Steve’s criticism online and in the open, the CBBC chef revealed she was always keen to inspire and focus on the positives and have ‘fun being me’. 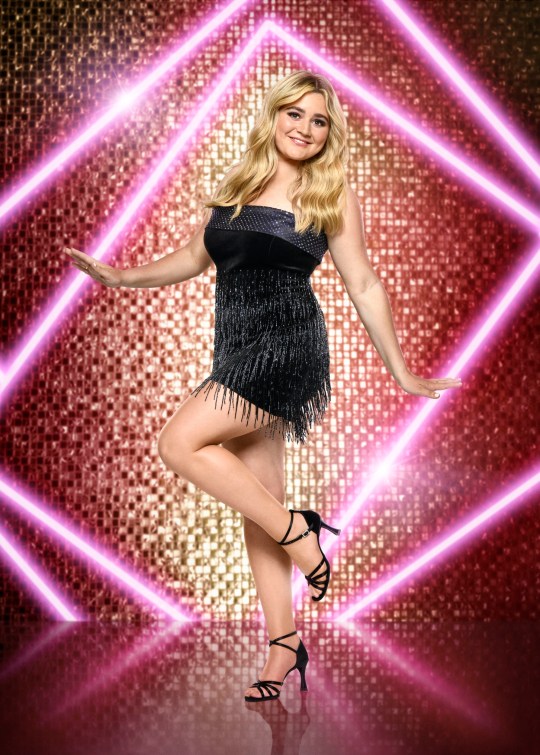 Tilly is focusing on dancing, university and having fun (Picture: BBC/PA)

‘I’ve always loved inspiring people from a young age. That’s what I did with my cooking show – I wanted to inspire people to get into cooking. And doing Strictly I just wanted to show people I’m having so much fun being me, loving it, and if that is something that other people would like to do, and they can take that on, then I’d be very happy for that as well – if that’s what positivity comes out of this whole experience.’

Tilly and her professional partner Nikita Kuzmin are taking on a tango to Ava Max’s Kings & Queens for week seven of the dance contest and speaking to them after their rehearsals in the studio, Tilly admitted that she still definitely ‘felt those nerves’ on a Friday when the couple perform their dance to people for the first time.

‘There’s always nerves on a Friday, doing it on the ballroom floor, even though it doesn’t mean anything,’ she said. ‘It’s not like we’re being judged on that – but I still feel those nerves. But I think that’s a good thing.’ 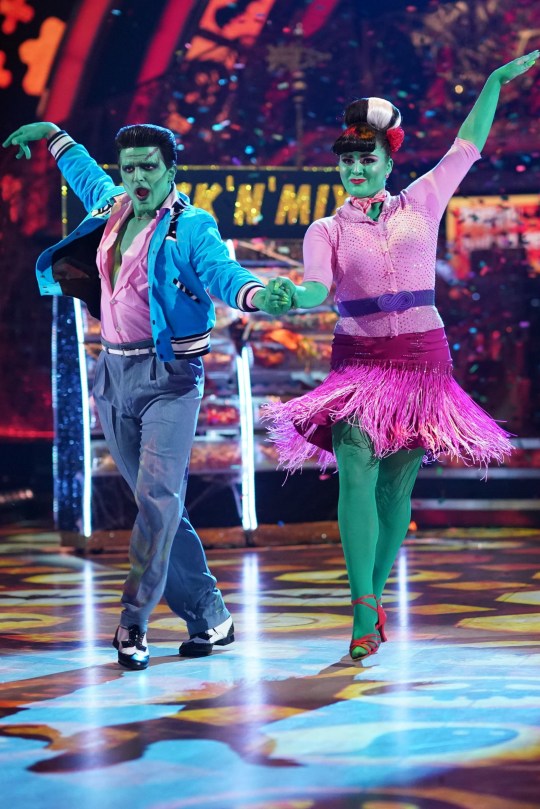 Nikita and Tilly scored 35 for their cha-cha-cha on Halloween week (Picture: BBC/PA Wire)

She added: ‘I’ll always find that fist camera block run-through pretty nerve-wracking because it’s the first time I’m performing it to anyone really.’

Nikita was also open about the ‘challenge’ they had faced with the tango as a couple, acknowledging it as their hardest week so far.

‘This week, to be honest, has been our toughest week in terms of the challenge, in terms of the dance,’ he revealed. ‘I really thought this one was going to be a bit easier, but with the fact that it was so tough, it’s also now so rewarding to see that it’s all coming together, and all the pieces are making such a beautiful show in the end.’ 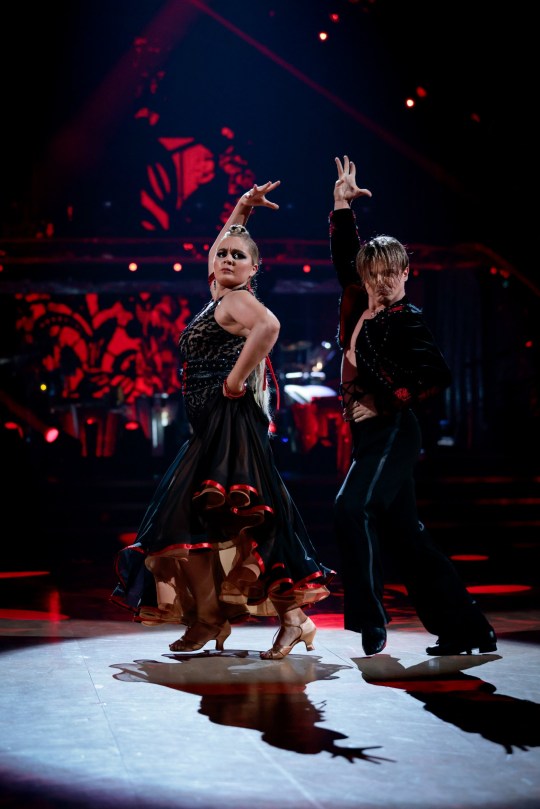 Tilly and Nikita are back in a serious mood ahead of their tango (Picture: BBC/Guy Levy)

He continued: I’m pretty much confident tomorrow will be good.’

Tilly agreed with her partner, calling the dance ‘intense’ and describing it as ‘a very different mood to what I’m used to’.

She also admitted she had been working hard on her tango face, in order to capture the right approach to the dance.

She revealed: ‘It started off with me giggling quite a lot at the beginning of the week, but that quickly had to stop because it was not the right mood for this dance!’

Strictly Come Dancing returns on Saturday at 6.45pm on BBC One. 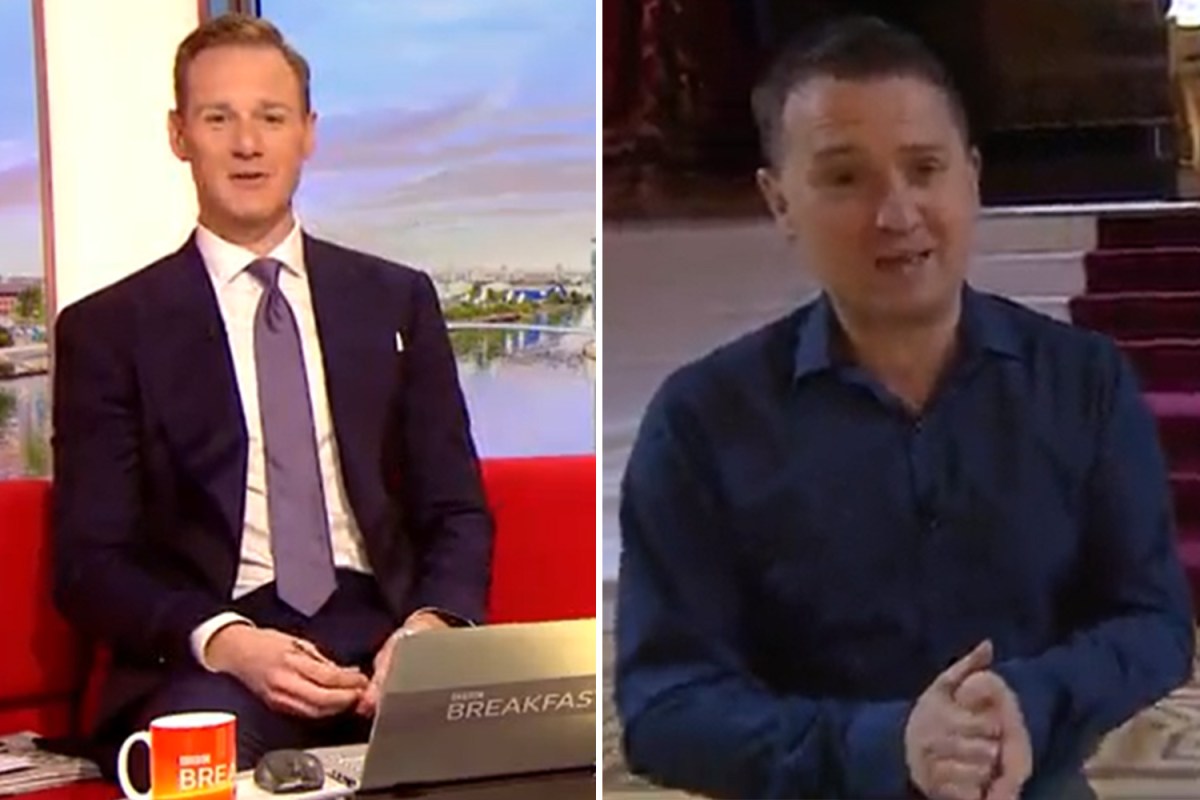