Strictly: Ellie Taylor in tears in rehearsals with Johannes Radebe

But the pressure to score a perfect 10, and to be in a good chance of cinching the Glitterball Trophy, appeared to have got to the 38-year-old comedian this week.

Appearing on Wednesday’s It Takes Two, The Great Pottery Throw Down presenter chatted to host Janette Manrara about her dance sessions with Johannes.

Ellie replied: ‘Oh, he’s wonderful. He has to deal with quite a lot from me. This Monday was wild. There were a lot of tears and he basically had to give me like a whole TED Talk to get through it.’

Over the past two weeks of live shows, Ellie and Johannes have performed the Quickstep to I Am What I Am by Klaus Hallen Tanzorchester and the Paso Doble to Les Toreadors by Georges Bizet.


Ellie said she’d had a bit of a meltdown in this week’s rehearsals (Picture: PA)

Currently ninth on the leaderboard, with Molly Rainford and Carlos Gu taking the top spot, Ellie and Johannes have scored 51 points out of a possible 80.

For the much anticipated Movie Week on Saturday, the dup will perform the Cha Cha Cha to The Shoop Shoop Song from the film Mermaids.

Ellie previously told Metro.co.uk she had received the ‘most gorgeous’ message of support from Ted Lasso co-star Hannah Waddingham. 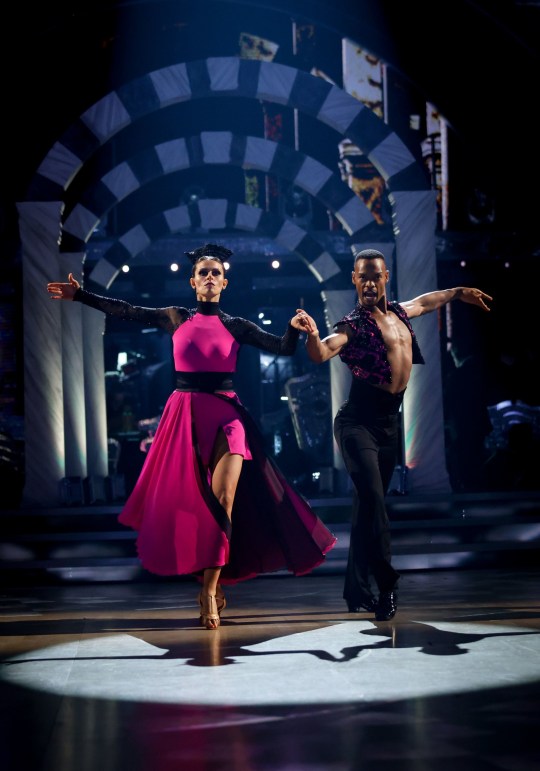 Ellie and Johannes have been preparing for Movie Week (Picture: PA)

She explained: ‘Hannah Waddingham from Ted Lasso sent me the most gorgeous voice note that went on for ages. She’s so wonderful, and Hannah’s the most beautiful dancer anyway, so I don’t know why she’s saying nice things to me. But she’s terribly excited. It was lovely to hear that.’

It Takes Two continues tomorrow at 6.30pm on BBC Two and iPlayer