Susanna Reid couldn’t hide her bafflement when she learned her Good Morning Britain co-star Richard Madeley had discussed her reaction to watching him ‘eating rabbit penis’ while on I’m A Celebrity…Get Me Out Of Here!.

Viewers must have been wondering if they were still half asleep after Susanna discussed the comments on air, following on from Richard’s debut on I’m A Celebrity on Sunday.

As she revealed, Richard previously spoke with OK! magazine and was asked what he thought Susanna would make of his progress in the series.

‘I think she’ll fall about laughing and will think it’s the funniest thing,’ Susanna said, reading out Richard’s quotes.

Much to co-star Adil Ray’s shock, she went on to finish relaying his comments by saying: ‘I really like Susanna and she’s a straight talker. If I screw up or make an idiot of myself, she will tell me when I come back!

‘Not in a nasty way though. I am sure she will enjoy watching me eat rabbit penis!’

‘The fact of the matter is, unfortunately, the food challenges you have in the castle can involve some rather unfortunate pieces of anatomy,’ Susanna went on, managing to compose herself. 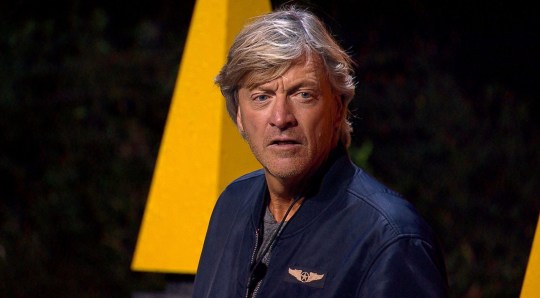 Richard lost out in the first trial (Picture: ITV/REX/Shutterstock)

Richard’s only been in there one day, and it looks like he’s already providing some priceless entertainment.

GMB was discussing the first episode of I’m A Celebrity 2021, which saw Richard and Frankie Bridge take on the very first critter-filled trial after being voted for by viewers – with Richard losing and ending up in the losers camp overnight.

I’m A Celebrity continues tonight at 9pm on ITV.