JENELLE Evans’ husband David Eason brought a gun to Walmart, before crashing their car on the way home.

The Teen Mom 2 alum, 29, captured the horrifying moment David slammed into another car while their daughter Ensley, 4, was sitting in the back.

Jenelle’s husband David crashed their car with their daughter Ensley in the backCredit: YouTube 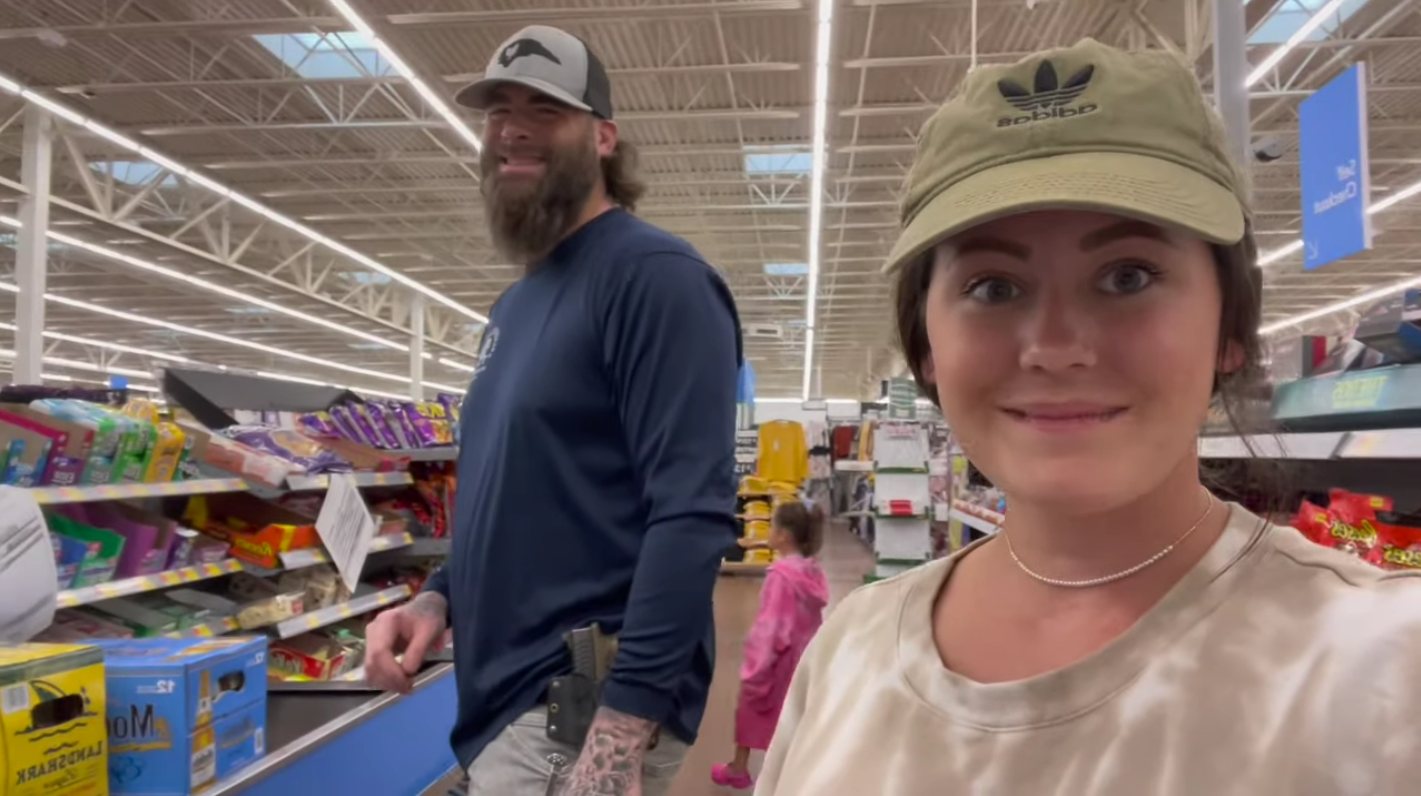 He also brought a gun (pictured at his hip) to Walmart earlier that dayCredit: YouTube 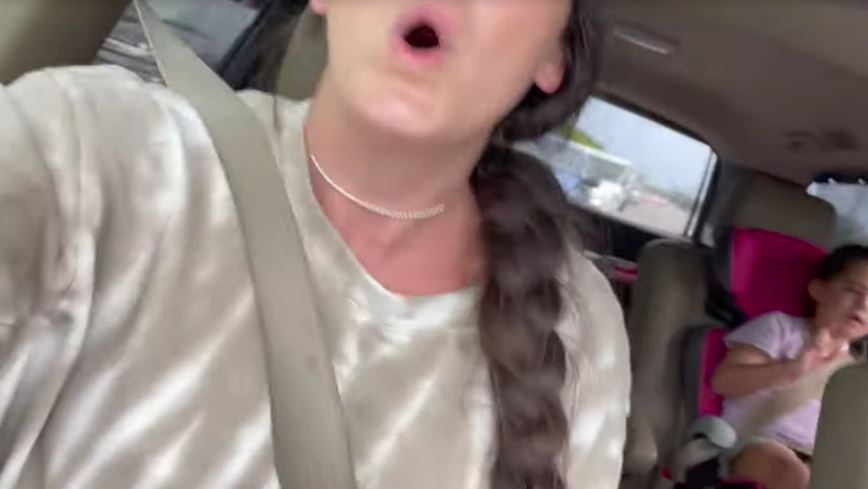 Jenelle filmed the “chaotic” day in a video titled “Crash and drama” for her YouTube channel.

The MTV alum, David and Ensley were shopping at Walmart, where David’s gun was clearly visible in its holster at his hip.

The 33-year-old – who shot and killed Jenelle’s dog – flashed the gun while waiting at the checkout counter at the supermarket.

The couple later headed home, with David driving, Jenelle in the passenger seat and Ensley in a car seat in the back.

Jenelle was talking about what they had bought from Walmart, when their car jolted and she yelled, “Oh my God!”

The camera dropped from her hands during the crash as she and Ensley ducked out of view.

David could be heard saying, “My fault,” out of shot, before Jenelle regained control of her phone and said sarcastically to the camera: “Great.”

She addressed the terrifying accident the next morning, saying: “Yesterday was the most chaotic day for me ever. It was just a little fender bender.

“We have insurance, she [the other driver] has insurance.”

She shared photos of their white truck, which had minimal damage to the fender and the other driver’s car, which had significantly more damage around the front wheel and fender.

The mother-of-three went on: “It was David’s fault. He did look behind him twice in the video. It’s not like he didn’t look at all.

“Yeah that happened and we have to deal with that. We’re all fine, everyone’s safe.”

Jenelle claimed the other driver wasn’t too annoyed about the crash and that her tattoo artist husband even offered to tattoo them in the future.

“The girl was pretty cool. She was pissed off at first that we hit her but then her husband ended up coming,” she said.

“Once he got there… he’s a tattoo artist. He was like, ‘If you ever need a tattoo,’… They knew it was an accident on both our parts.”

Viewers were concerned that David had brought a gun to a supermarket and that he got into a car crash with his daughter in the vehicle.

Another added: “As an American I’ll never be able to comprehend that you can just go to the supermarket with a gun. The thought is terrifying.”

Reflecting on the car accident, one viewer posted: “All I can think about is the position Ensley’s head was in. I hope she’s OK.”

Another raged: “They didn’t even look back to see if their kid was ok which, you know, a parent would do!”

David – who Farrah Abraham recently branded “violent and threatening” – has a history of aggression.

Jenelle was fired from Teen Mom 2 in 2019 after David shot and killed her French bulldog Nugget.

He claimed he shot Nugget because the pooch nipped at the then two-year-old Ensley’s face.

The shooting led to Jenelle’s kids being temporarily taken away by the CPS.

Back in April, he sparked outrage after threatening to “smack” Ensley for her claims that he killed a baby chick.

A video which surfaced online showed Ensley wandering over to a chicken coop in the family yard.

She said: “Hey, remember you killed a baby chick? Don’t kill them again. Then I’ll be so mad.”

David replied: “No I did not. I will smack you in the mouth.”

Last September, he killed and ate the family’s pet goat Elvis, who they had reared from birth.

The reality star, who previously called the goat “my baby,” then posted a graphic image of Elvis’ severed head in the trash. 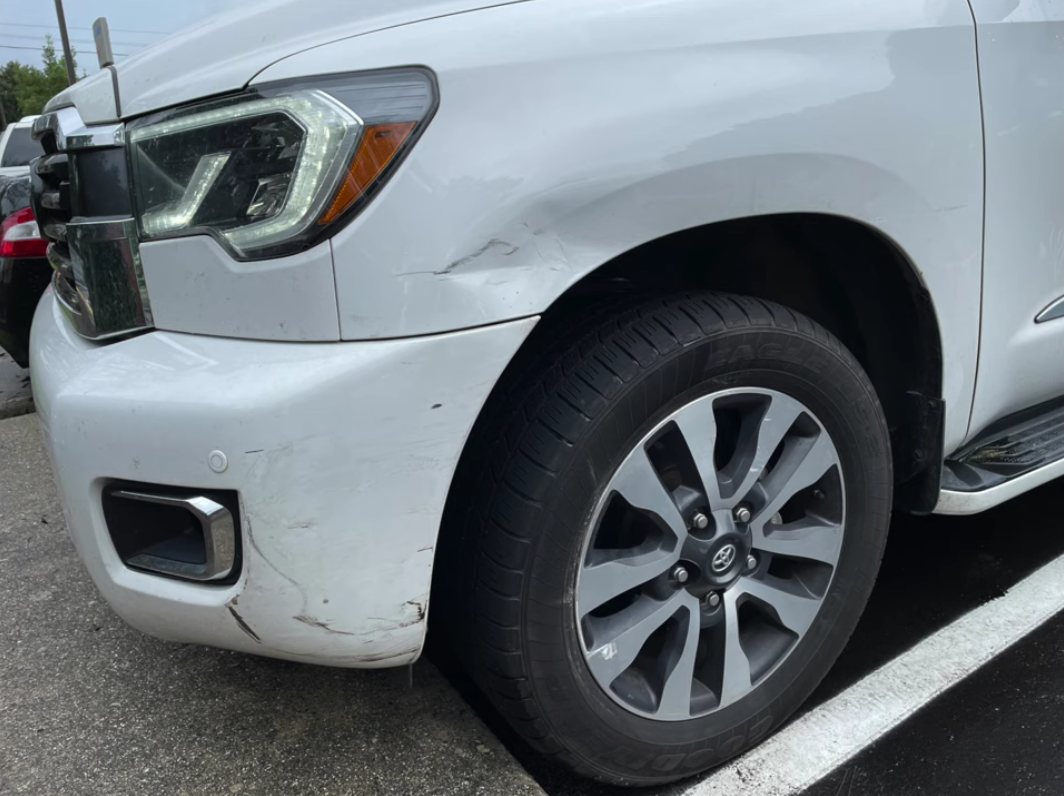 She shared the damage to their white carCredit: YouTube 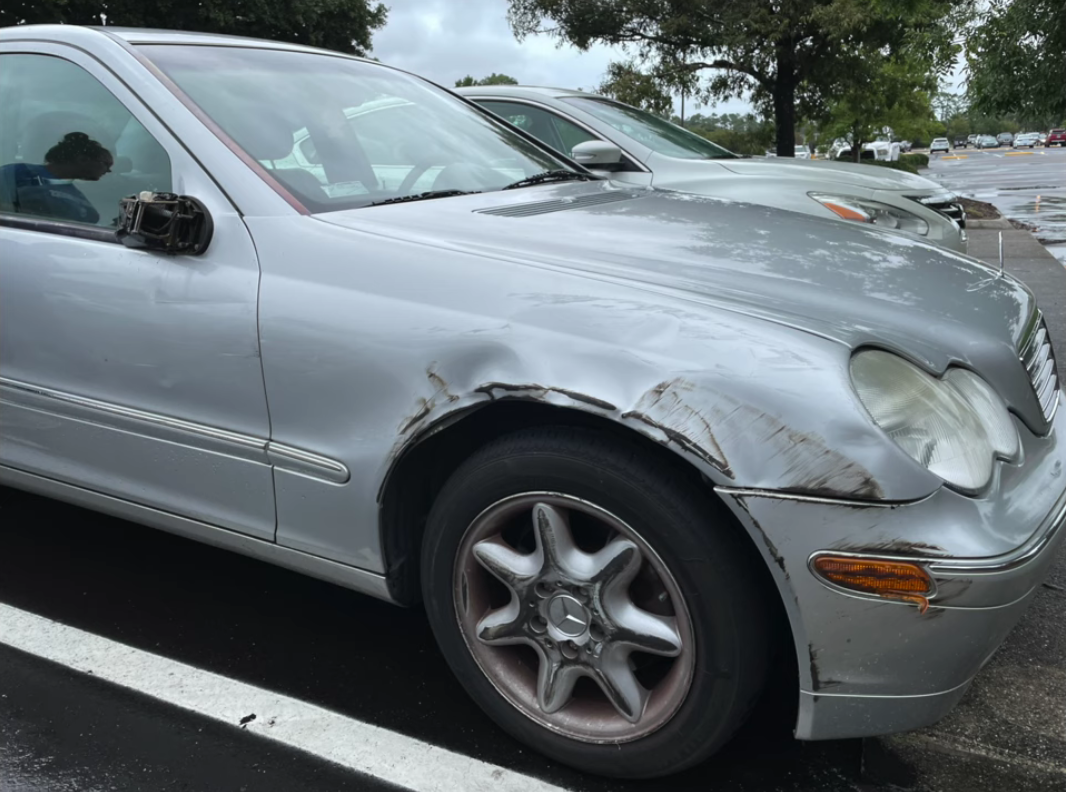 The other driver’s car had significantly more damageCredit: YouTube