The Bay series 3: Nadeem Islam on Deaf representation in drama

Jamal is the youngest of three brothers in a family hit by tragedy (Picture: Tall Story Pictures/ITV)

Nadeem Islam, one of the stars of The Bay, has opened up about series 3, revealing a moment that had to be changed to improve Deaf representation as he expresses how ‘proud’ he feels ‘to be part of history’ on the ITV show.

Jamal and his other older brother, Adnan Rahman (Michael Karim), and mother Mariam Rahman (Rina Mahoney) are forced to face the reality of their devastating loss while being supported by their Family Liaison Officer DS Jenn Townsend (Marsha Thomason).

Ahead of the launch of series three, Nadeem spoke to Metro.co.uk about the significance of being a Deaf actor on a primetime programme, acknowledging that there are ‘not many shows that are willing to show Deaf talents or Deaf storylines’.

‘We make up a large portion of the population of the UK. So for The Bay, I’m so proud to be part of that history, especially in a police drama environment,’ he said.

‘These types of storylines happen to many Deaf people too – it’s time to be realistic. Hopefully the decision by The Bay, and particularly the Casting Director Kelly Valentine Hendry, to cast a Deaf actor will encourage this industry to change for the better.’ 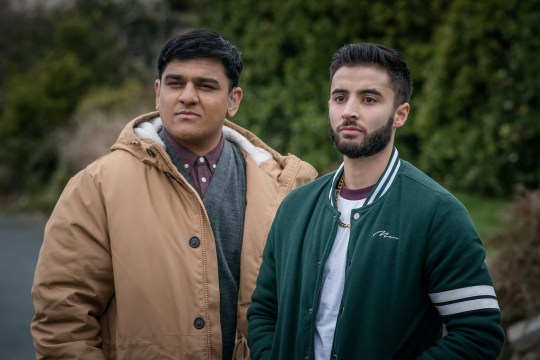 Nadeem emphasised that the Deaf community has the ‘richness of language, culture and stories that we could share on the same platform as others’, adding: ‘Trust me, bring us in, we will bring so many new things to TV today. We’re still growing, but let’s keep on growing.’

There was one moment he recalled where the details of a scene had to be changed during filming on The Bay, as he wasn’t able to lipread with the other actors.

Explaining that he had an interpreter on set, a friend of his called Emma Watson, Nadeem recollected: ‘There were some scenes where we thought the Deaf representation could’ve been better – it was a scene where the cast had their back to me which limited my ability to lipread.

‘The directors Faye [Gilbert] and Nicola [Volavka] are always so understanding, they love learning and we all do too. So they were quick, caring and understanding to make sure that our stories are being told right.’

In the new episodes, Jamal is able to communicate with DS Karen Hobson. (Erin Shanagher) with sign language, as the actor outlined how he personally helped to ensure that the signing was ‘accessible’ on several occasions. 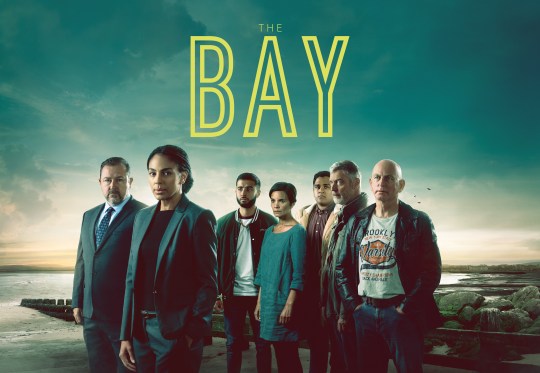 Jenn is thrown straight into the horrifying case when she arrives in town (Picture: Tall Story Pictures/ITV)

‘Usually, we would have a Deaf consultant on the outside but what with the time limit and the current situation with Covid, it was ideal for me to direct the BSL and make sure that it’s accessible,’ he said.

When filming began, Tall Stories Pictures – the company that produces The Bay – created a short clip about British sign language, which was distributed to members of the crew.

Nadeem said that it felt like ‘such a massive relief’ and ‘incredibly emotional’ when everyone started signing with him straight away, with the crew also wearing transparent visors instead of opaque masks to allow him to lipread.

When viewers first meet Jamal in The Bay series three, he’s ‘very isolated’, he said, having always felt like the ‘outcast’ of his family.

However, the actor – who’s set to star in upcoming BBC drama Then Barbara met Alan – hinted at how the character’s observant nature may impact the narrative as the episodes progress, teasing: ‘Jamal sees everything, but what does he exactly see?’

The Bay returns tonight at 9pm on ITV and will be available to watch on ITV Hub.