James May has thanked fans for their well-wishes (Picture: Stuart C. Wilson/Getty Images)

The Grand Tour star James May has spoken out after news emerged of his car crash, assuring fans that it was ‘not that bad’ and that he’s ‘perfectly OK’.

This week, it was claimed that during filming for the motoring series, the TV presenter was taking part in a dangerous drag-style race with his co-stars Richard Hammond and Jeremy Clarkson and hit his brakes too late after driving in a dark tunnel, resulting in him crashing into a wall at 75mph.

It was reported that the 59-year-old was given the all-clear after having a brain scan at hospital and suffering a broken rib.

In a new message shared with his followers on Twitter, James emphasised that the incident happened ‘a while back’.

‘Thank you for all your kind comments and funny jokes re my crash, but it was a while back, not that bad, and I’m perfectly OK,’ he said.

He then added: ‘Apologies to Evo fans for binning the VIII. #Bell**d.’ 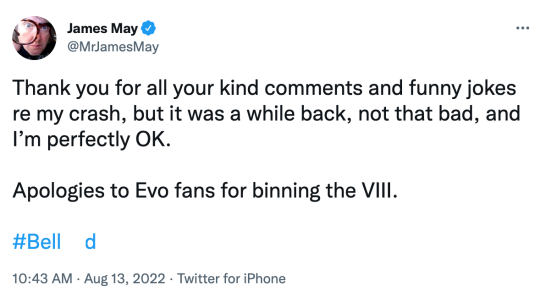 He issued an update to his Twitter followers after the incident, which happened ‘a while back’ (Picture: Twitter/@MrJamesMay)

It was previously reported that James, along with his Grand Tour co-stars Richard and Jeremy, were taking turns to rally cars along a tunnel towards a rock wall, while participating in the challenge at a Norwegian naval base.

It was claimed that the lights in the tunnel failed to come on until they were already driving in the tunnel, meaning that they had limited time to react.

A source told The Sun: ‘It looked extremely worrying at first. Jeremy and Richard were concerned about their mate and the paramedics swooped in quickly. 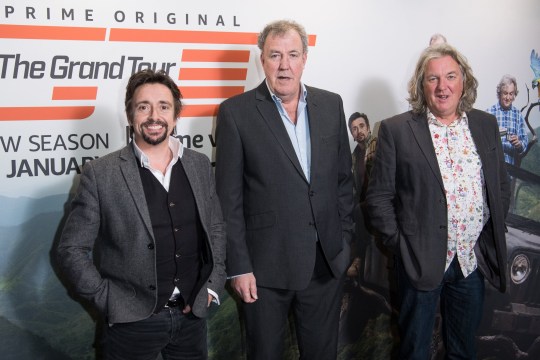 The Grand Tour trio will be back (Picture: WireImage)

‘As ever on a shoot of this scale, medical staff are waiting in the wings in case – as they did here – things go horribly wrong.’

The source alleged that James sustained a ‘bloodied’ head and pain in his back and neck, and while he was forced to ‘abandon’ filming, he was given the all-clear ‘a day or so later’.

James recently addressed TV viewers spotting ‘ghosts’ lurking in his new documentary Our Man In Italy, explaining that it may have been down to a technical glitch.

‘My thanks to everyone who has pointed out the ‘ghost’ in ep3 of my new Italy series. Nobody saw it at the time, so it’s either a real ghost or (more likely but also more boring) just a bit of digital file corruption,’ he tweeted last month.

However, after another Twitter user responded: ‘Hi, editor here. Digital file corruption doesn’t actually exist, we just tell clients that to buy us time to edit the ghosts out,’ he then responded: ‘I know.’

Metro.co.uk previously contacted representatives for The Grand Tour and James May for comment.

The Grand Tour can be streamed in full now on Amazon Prime Video. 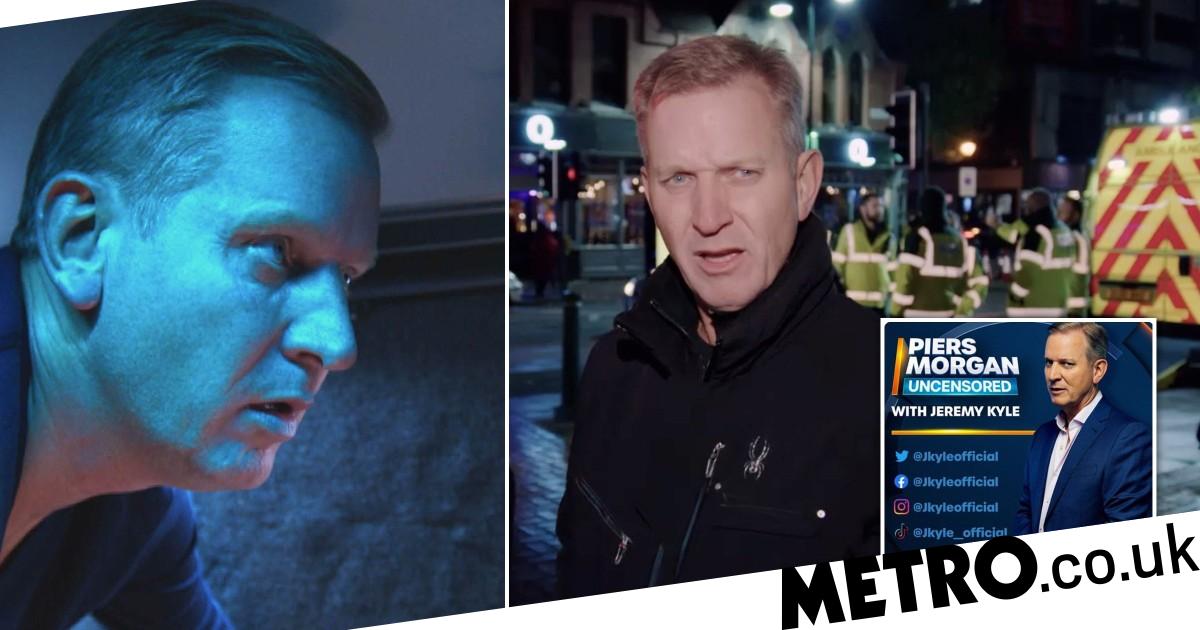 When does Jeremy Kyle return to TV and what is his new show about?

The presenter will host a brand new show (Picture: Rex / Twitter)Controversial TV personality Jeremy Kyle will be making his...