The Great British Bake Off: James and Rebs eliminated in Mexican Week

Rebs was comforted by Prue and her fellow bakers (Picture: Channel 4)

The Great British Bake Off judges Paul Hollywood and Prue Leith sent Rebs and James home in a double elimination.

The two wannabe bakers left the iconic tent on Tuesday’s episode, hosted by Noel Fielding and Matt Lucas, after there were no eliminations last week.

Show bosses opted to allow all the amateur pastry chefs to go through to this week’s show in light of the quality of the bakes and  Rebs and Abdul being absent.

However, the twist meant that, sadly, two contestants would be leaving the Channel 4 show during Mexican week, with Matt announcing Rebs and James hadn’t made it through to the next stage.

The pair had baked up a storm producing a pan dulce for The Signature and tacos for The Technical and a tres leches cake for The Showstopper.

After it was announced, Rebs, 23, burst into tears and was comforted by her co-stars including Star Baker Maxy and Abdul.

Prue also gave the Northern Irish lass a warm embrace as she struggled to hold back her sobs. 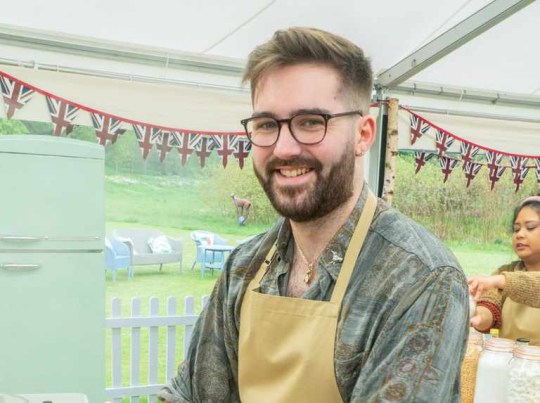 James also didn’t make it through to next week (Picture: Channel 4)

Still crying, Rebs told the audience she was ‘devastated’ to have been eliminated, while Prue explained to the camera the reason for sending her home was that her ‘flavours were too strong’.

Rebs added: ‘Honestly, [The Great British Bake Off] means the world to me. I’m gutted for James as well as he’s such a fabulous person.’ 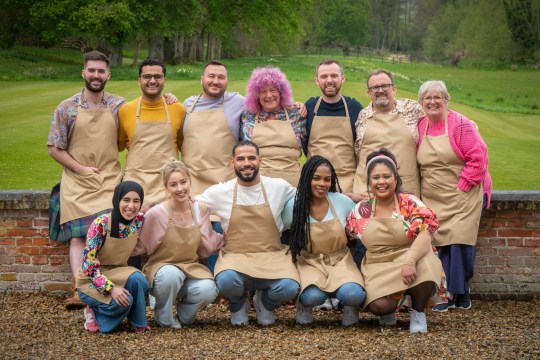 The bakers are being whittled down week by week (Picture: Mark Bourdillon)

James was also saddened to leave, but thanked his costars and the crew for having a wonderful time.

In one picture captioned ‘cocktails in the sun’, the pair can be seen clinking their glasses by the sea while donning relaxed beachwear.

In another, Rebs is wearing a long flannel shirt, seemingly gifted to her by her fellow competitor.

The Great British Bake Off continues on Monday at 8pm on Channel 4.