THE Hundred’s opening game was watched by 1.6million people – making it the most ever watched women’s cricket match on the BBC.

In the game, the first of the tournament, the Oval Invincibles beat Manchester Originals at the Kia Oval on Wednesday night.

The Invincibles’ captain Dane van Niekerk, 28, hit 56 not out – winning the match for the home team.

At the Oval history was also made as the 7,395 spectators broke the record for attendance at a domestic women’s cricket game.

The Hundred is 100-ball tournament comprising of eight women’s and eight men’s teams from across England and Wales.

The Hundred’s Managing Director, Sanjay Patel, said the initial support for the competition was heartening.

He added: “The Hundred is all about throwing cricket’s doors open for everyone, and the response to last night’s game has been remarkable. We know this is only the first game and there is a still a lot of hard work ahead.”

“The Hundred is all about throwing cricket’s doors open for everyone.”

Tonight from 6pm the men’s fixture of the Oval Invincibles v Manchester Originals will air on BBC Two and BBC iPlayer.

Tickets for the matches cost just £20 per adult and £5 for under 16s, while under-fives go for free.

The matches will be nationwide, including at Edgbaston, Birmingham, Old Trafford, Manchester, Sophia Gardens, Cardiff and Headingley, Leeds.

As well as cricket, each game of The Hundred sees a live performance from a music star – with Becky Hill playing at half time during the first match on Wednesday.

The competition ends on August 21. 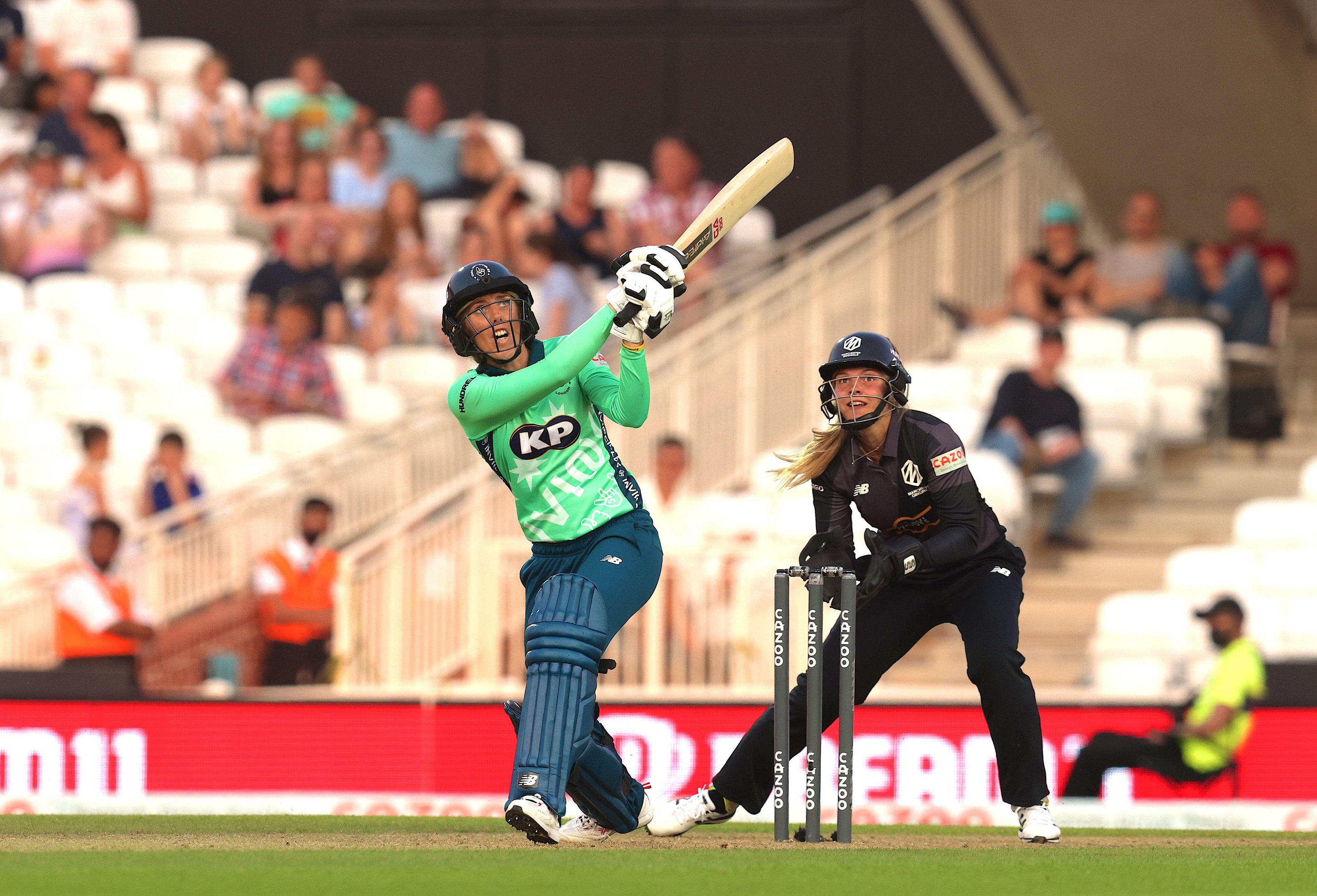 The game broke TV records and became the most watched women’s cricket game on the BBCCredit: Alamy