Cotton Candy has been crowned the winner of the first series of The Masked Dancer USA, revealing Olympic medalist Gabby Douglas underneath.

Last night’s final on Fox saw the talented gymnast dance her way to victory over fellow contestants Tulip and the Sloth.

Judges Paula Abdul, Ken Jeong, Brian Austin Green, and Ashley Tisdale were tasked with deciding the winner, and the trio had to pull out all the stops to impress them and the audience in the studio.

Having already wowed the world as part of the Fierce Five gymnastics squad at the 2012 and 2016 Olympics, it’s no surprise Gabby was able to rise to the challenge.

Dancing With the Stars pro Maksim Chmerkovskiy came in second and was a well-deserving runner-up thanks to his amazing routines as Sloth. 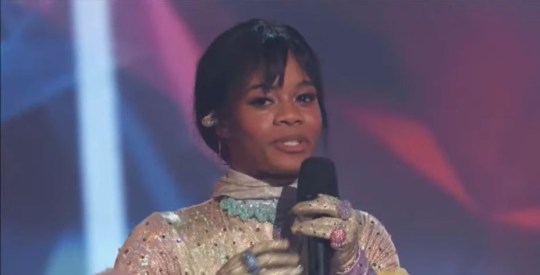 Olympic medallist Gabby Douglas was revealed as the first winner of The Masked Dancer US (Picture: Fox)

The ballroom champ and Broadway dancer has famously competed for 17 seasons on DWTS with the likes of Vanessa Lachey, Heather Morris, and Amber Rose. 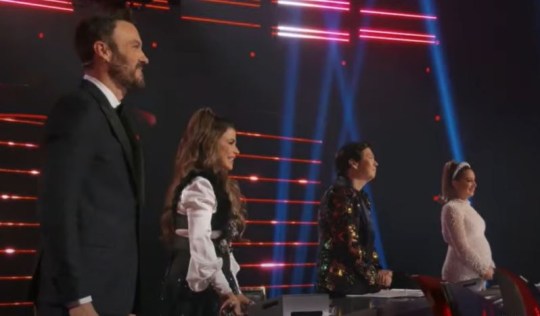 The 16-year-old proved that her older sister, Maddie Ziegler, definitely isn’t the only one with impressive dance moves in the family.

After her unveiling, Mackenzie stated: ‘I love Tulip. Behind the mask, I could be whoever I wanted to be, and I gained more confidence, for sure.’

Meanwhile, the first costumes for the upcoming season of The Masked Singer US are

The Masked Dancer US airs on Fox in the US, while a UK version is coming to ITV.