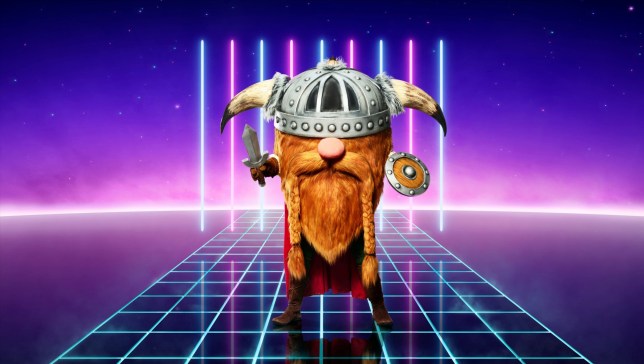 The Masked Singer has officially unmasked another contestant as Viking was eliminated from the competition.

Things are definitely heating up on the show, with two celebrities being unmasked by judges Davina McCall, Rita Ora, Jonathan Ross, Mo Gilligan, and guest panellist Alan Carr this week,

With Viking being the first to be sent home, he was unveiled as A-ha’s Morten Harket.

Morten became the first ever contestant to sing his own song on the show, successfully disguising his voice as he gave a rendition of Take On Me – with the judges still being in the dark about who it was.

Explaining why he took part in the show, he said he wanted to be ‘kicked out of his comfort zone’.

Speaking after his unmasking, Morten said: ‘It’s been fun to be here. It’s definitely a step into the not so comfortable zone. To do this is quite different.’ 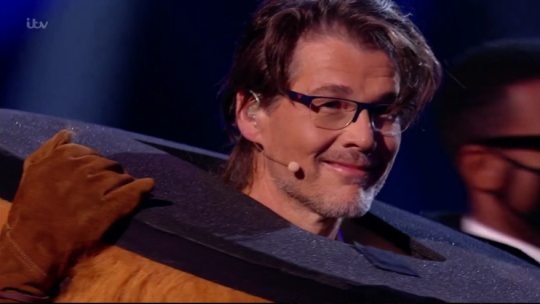 Did you get it right? (Picture: ITV)

He added: ‘To be behind the mask was in itself cool and rather fun. To be inside the costume made my movements even clumsier than I would usually.

‘If I did have any nerves, it wasn’t because of the mask. For me to not have control over certain aspects of my performance was a huge challenge and was the only reason why I had any concerns.’

Some were surprised by Morten’s unmasking, with viewers convinced that it was James Blunt behind the mask.

Meanwhile, Jonathan guessed Game Of Thrones star Jerome Flynn for weeks on end, due to the apparent references to the HBO fantasy series.

Morten is A-ha’s lead singer, and has been in the band, alongside Magne Furuholmen and Paul Waaktaar-Savoy, since its formation in 1982.

He has become the sixth contestant sent home on the show, after Bush Baby, who was revealed to be actor and comedian John Thomson, was sent home last week.

He followed Grandfather Clock, who was unveiled as football legend Glenn Hoddle.

Before then, Martine McCutcheon was revealed to be Swan when she left the competition, and Mel B was unmasked as Seahorse.

Despite trying to disguise her voice, the judges had figured out that the Spice Girl was behind the mask.

The Masked Singer returns Saturday at 7pm on ITV.

If you’ve got a celebrity story, video or pictures get in touch with the Metro.co.uk entertainment team by emailing us [email protected], calling 020 3615 2145 or by visiting our Submit Stuff page – we’d love to hear from you