THE Serpent took a sordid turn tonight as Jenna Coleman was drugged and stripped to her underwear by her serial killer lover.

The BBC One drama follows real life serial killer Charles Sobhraj and his reign of terror as he killed countless travellers in Thailand, Nepal and India during the 1970s, drugging them and often stealing their identities.

In tonight’s episode, Charles’ lover and accomplice Marie-Andrée Leclerc – played by Jenna – was on the receiving end of it, as he drugged her tea and made her drink it to test her loyalty to him.

Besotted Marie-Andrée only briefly faltered before drinking it, and was then seen passed out on the bed, fully clothed.

However Charles (Tahar Rahim) started to undress his unconscious girlfriend, leaving her on the bed in just a lace bra and knickers.

He then picked up a pillow and held it above her, contemplating smothering her to death, before changing his mind.

After contemplating killing her, Charles lay on the bed with his unconscious girlfriend

He was then seen lying on the bed with her, his head on her chest as she remained in her underwear, unconscious.

When she eventually woke up, Charles was gone and a single red rose was on the pillow next to her.

Despite unknowingly coming close to death, Marie-Andrée decided to not only stay with the killer, but take a more active role in helping secure his next victims while in Nepal.

Jenna previously discussed whether she saw Marie-Andrée as a victim, saying: “I find her so fascinating. 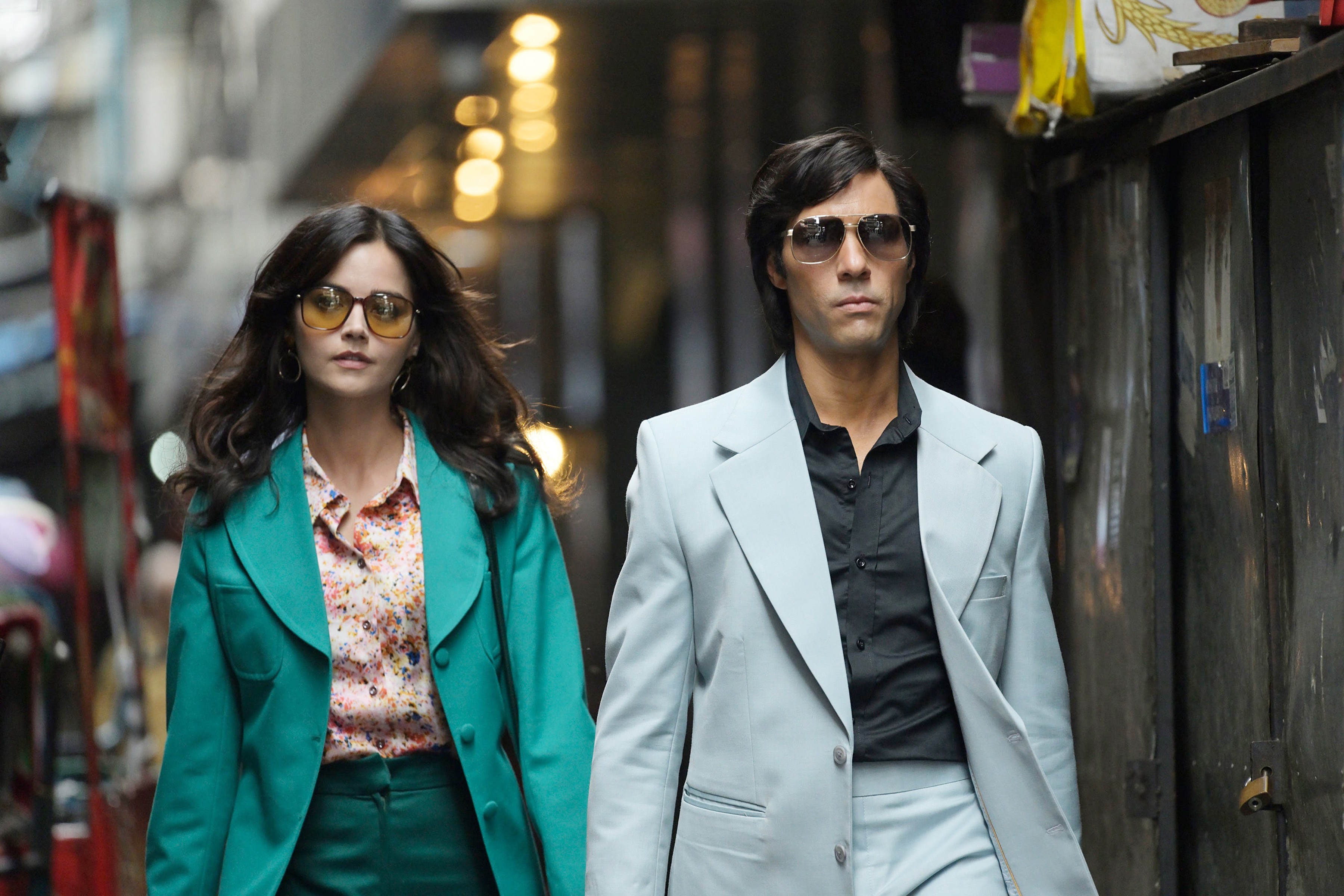 “She has so much faith in love and is such a romantic that upon meeting Charles she kind of embroils herself in her own incorrect vision of what she thinks this environment is.

“She constructs her own false narrative and is so delusional. I think that’s the only way she can remain in the world, knowing underneath what terrible, despicable acts are really happening and she is helping him commit.”

Jenna continued: “Reading the real Marie-Andrée’s diaries, Charles to her is almost like a religion. Everything is about him. She places every waking breath upon the way he treats her – it’s an utter, utter fixation.”

The Serpent continues next Sunday, January 24 at 9pm on BBC One, while all episodes are available on BBC iPlayer.