The Voice UK: Anne-Marie made baking error before Celebrity Bake Off

The Voice UK coach Anne-Marie has revealed the extremely simple baking error she made while preparing for Celebrity Bake Off 2021 – and we can’t help but imagine what would have happened if it had occurred on the show.

Last month, the line-up for Celebrity Bake Off for Stand Up To Cancer was announced, boasting the likes of Little Mix star Jade Thirlwall, Girls Aloud singer Nadine Coyle and rapper Dizzee Rascal.

Anne-Marie is also in the mix, ready to wow Prue Leith and Paul Hollywood with her culinary skills.

On Friday evening, the pop star was interviewed over video chat on The One Show, where she told hosts Alex Jones and Alex Scott about the slip-up she made when she first started practising her cake recipe.

‘I fully went into it, went to my mum and dad’s and I was like, “I have to practise how to do this cake, because I can’t look like an idiot”,’ she said.

‘So I went round with all the ingredients and I put it all out on the side, and my sister was like, “What is this?”,’ she recalled, imitating her sister picking something up from her spread of ingredients. 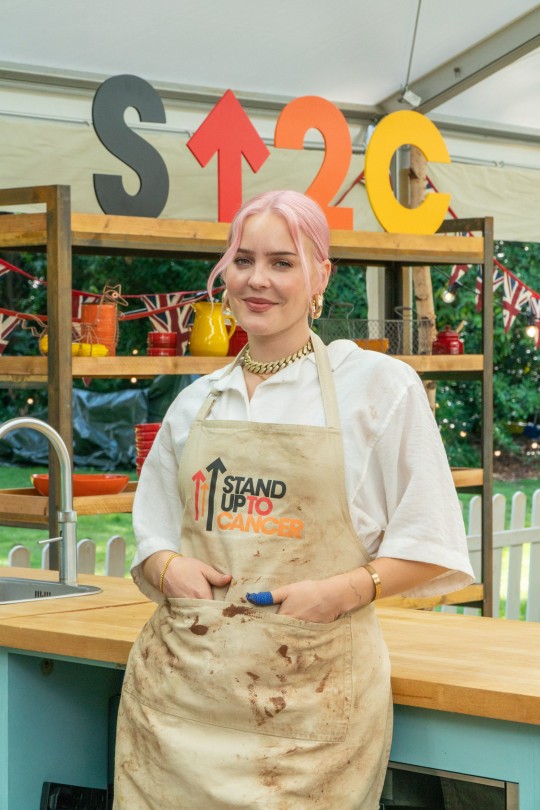 ‘I was like, “It’s the cake mix.” And she was like, “You have to make it from scratch – you can’t go to the Bake Off with already-made cake mix.”

‘So yeah, that’s how it started, and it kind of finished quite similar to that.’

We can picture Prue and Paul now, staring at Anne-Marie as she gets out her readymade cake mix at her baking station.

Thanks to her sister, fortunately the musician knew what she needed to do to get ready for the competition.

One of the other stars taking part in Celebrity Bake Off is James McAvoy, who may have a bit of an advantage over his fellow contestants.

It turns out that when James was in his late teens, he actually worked at a bakery.

Noel Fielding will not join Matt Lucas as presenter on the programme, as he was unable to film following the birth of his second child.

While comedian Tom Allen filled in for Noel for the Christmas special, this time around the Extra Slice regular will be taking part in the competition.

The One Show airs weekdays at 7pm on BBC One and The Voice UK returns on Saturday at 8.30pm on ITV.

Selling Sunset will be back next month (Picture:@themaryfitzgerald/Instagram)The stars of Selling Sunset have finally let slip to fans when the...