Georgia Toffolo was left apologising to Nina Wadia after savagely explaining why she should be voted off tonight’s episode of The Weakest Link.

The Made In Chelsea star was competing against Russell Kane, Kriss Akabusi, Maisie Adam, Dan Snow, Lesley Joseph, Judy Murray, and Nina for a chance to win some cash for her chosen charity when she was called out by presenter Romesh Ranganathan for her brutal remarks.

It all kicked off when Romesh asked Georgia why she wanted to vote the Strictly Come Dancing contestant out from the game.

Not mincing her words, she responded: ‘Got two questions wrong, should have banked earlier, yeah, nightmare.’

Romesh was visibly shocked by Georgia’s comments and impersonated her before saying: ‘That was so harsh! That’s like how you talk to your staff.’

‘She voted for me, so it’s fine, I don’t feel as bad now,’ Georgia giggled.

She then added: ‘I’m sorry darling!’

With more than just Georgia’s vote against her, Nina was indeed the next contestant to leave the competition.

‘When I watch these shows at home, I know the answers!’ Nina said, after her elimination. 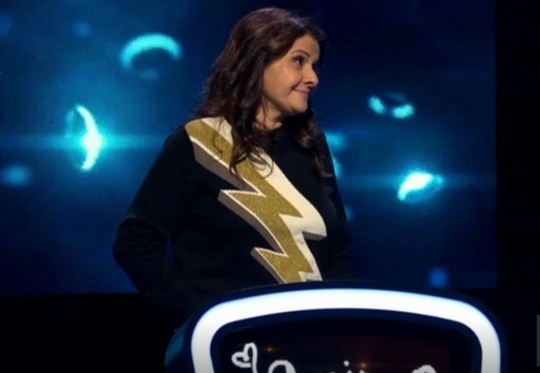 ‘But when you’re actually standing there and the clock is ticking down and you’re thinking “I’m going to lose this money for charity, this is not fair” you just blank a bit.’

Tonight’s episode came after Jennie Bond hilariously didn’t know what WFH stands for in scenes that aired on Tuesday.

Chuffed by his victory, Russell enthused: ‘I am buzzing like a bee on a Beroccato have won…  well done me!’

The Weakest Link continues on Thursday at 6.30pm on BBC One.