THIS Morning fans hit out at The Speakmans today after their “mean” advice to a caller who had a fear of flying.

One viewer fumed: “Why are the Speakmans SCREAMING at this man?” after he said his life had been ruined by his phobia.

James told Nik and Eva he had worked as a flight attendant until his new plane suddenly dipped after take off, and the whole crew believed they were “about to die”.

He said his crippling fear had ruined his life as he was forced to quit his job and he hadn’t been on a foreign holiday since.

James explained: “The whole crew thought they were going to die and ever since then I can’t get on a plane.

“I’m a bag of nerves, and eventually I had to leave my job because I couldn’t stand it anymore. Obviously I loved flying, but it’s taken the world away from me. I tried flying again, but I had to get off the aircraft because I was so terrified.

“I’ve tried to do things, I’ve seen therapists about it.” 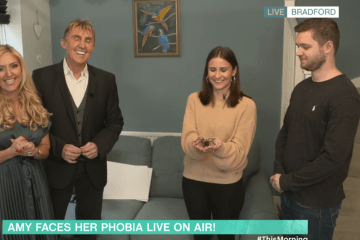 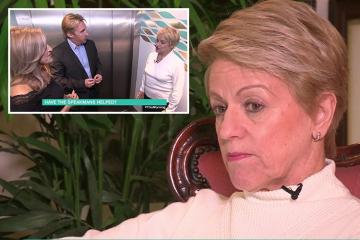 Attempting to help him overcome his debilitating fear, Eva took the reins.

She said: “Well, what does that tell you James?

“Your brain, in an attempt to protect you says, ‘well if I don’t die, I don’t want to be in that situation again’.

“This happened because it was a new plane. And even in the worse case scenario, you were OK.

“What right have you got to give a plane a hard time?

“When has a plane let you down? Another thing I’d like you to consider, when you learned to walk, you fell over loads of times, but not once did you go, ‘oh this isn’t for me,’ you got up and did it again.

“Even in those dreadful scenarios, consider what we’ve said and realise you’ve been using that one experience of the most wonderful example of how you can be safe no matter what.

“We want you to put a spin on that, you didn’t die, you’ve got more evidence than anyone that even in those scenarios you can survive.”

Afterwards, Eva turned to This Morning hosts Holly Willoughby and Phillip Schofield: “I hope I wasn’t mean just then.

“It came from a good place.”

But fans watching at home felt uncomfortable with her approach, and one fumed: “Oh my god she is so rude!!!!”

This person commented: “This advice is ridiculous – ‘pull yourself together, get over it!'”

And a third disagreed with Eva’s logic about learning to walk, saying: “‘When has an aircraft let you down? You fell over loads of times when trying to learn to walk. It’s the same thing’ erm no it’s not. The aircraft is not within his control whereas walking was”

Others sensed The Speakmans were in fact having a bad day themselves, and one said: “What the f**k is going on with The Speakmans today? Why are they being a******s?!”