Tom Fletcher and wife Giovanna ‘not worried’ about Strictly curse

Freshly-minted Strictly Come Dancing star Tom Fletcher and his wife Giovanna have both dismissed any fears over the dreaded Strictly ‘curse’.

Speaking to The Sun at the premiere of Paw Patrol: The Movie, reigning Queen of the Jungle Giovanna shared how she and the family were ‘so excited’ for him to be stepping into the sequins for the BBC’s flagship Saturday night show, before addressing the infamous downside of some contestants’ experiences.

‘The Strictly curse? No, I’m not worried about that. We’ll be fine,’ the 36-year-old said.

‘I did I’m a Celeb, and now he’s doing Strictly. Well, we didn’t want to keep it boring in our household!’

Tom, who is also a popular children’s author, admitted he was ‘nervous and excited at the same time’ but kept things mysterious when it came to his potential dance floor prowess for the show.

He teased: ‘Can I dance? Well, if dad dancing counts then I can do that. I’ve got a few moves though, so hopefully there will be a few surprises.’

The Star Girl chart-topper also revealed that his McFly bandmates have been ‘really supportive’, although band drummer and 2011 Strictly champ Harry Judd has joked that he will ‘always remind him of who did’ if Tom fails to lift the coveted glitterball trophy.

Tom’s sister, West End performer Carrie Hope Fletcher, also had a classic sibling response to his telling her he’d be joining the show, as she ‘burst out laughing in my face’, he shared.

Tom and Giovanna have been married since 2012 and share three sons together – Buzz, seven, Buddy, five, and two-year-old Max. 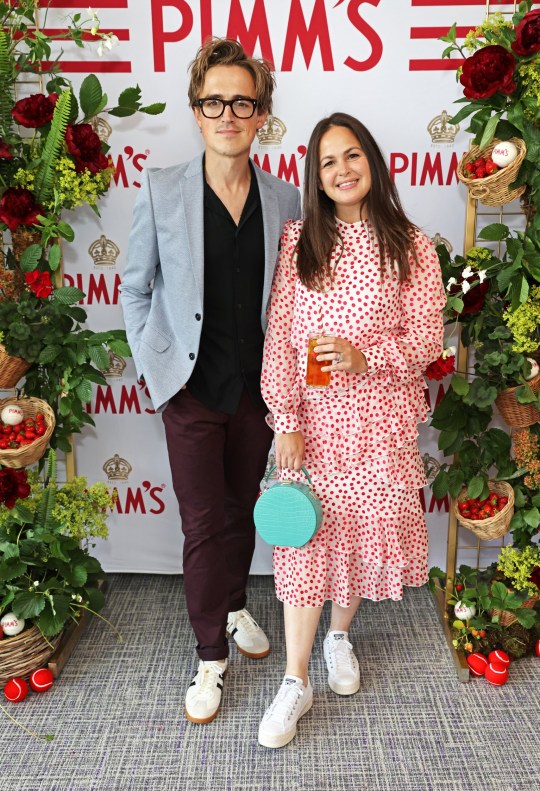 The couple met at Sylvia Young Theatre School when they were 13.

The Strictly ‘curse’ is an unfortunate trend that has seen the off-screen relationships of some celebrity contestants suffer due to the demanding nature of the show and the closeness required between celebrities and their professional partners.

In previous years, stars including Louise Redknapp, Joe Calzaghe, Ben Cohen and Rachel Riley have all ended long-term romances after their time on Strictly. 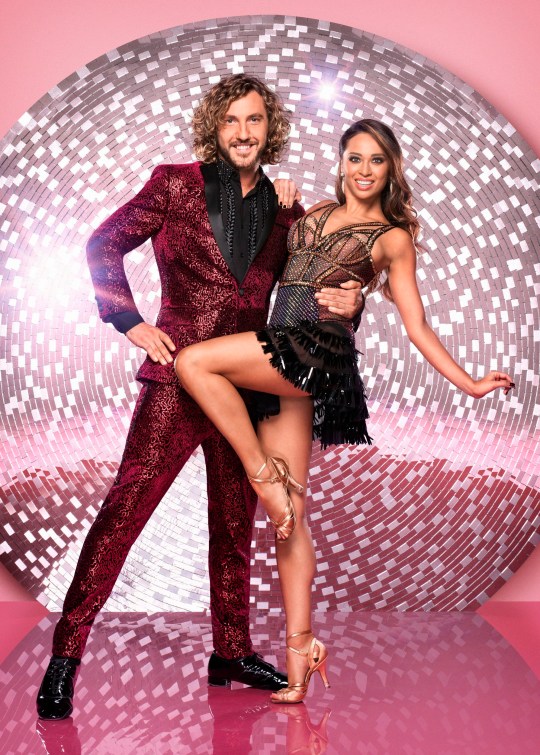 Seann and Katya were the last major Strictly curse scandal in 2018 (Picture: BBC)

The 2018 show caused a stir when comedian Seann Walsh was spotted kissing his partner Katya Jones outside a pub.

The couple was soon eliminated, with Seann dumped by his girlfriend and Katya and her husband, fellow professional Neil Jones, separating the following summer.