Top Gear fans enjoyed the show’s tongue-in-cheek reference to Dominic Cummings’ Barnard Castle driving scandal on Sunday night, when the market town was used as a location in a challenge by the BBC show.

Presenters Paddy McGuinness, Freddie Flintoff and Chris Harris were testing electric SUVs and caravans in Northumberland to determine which was the best for caravanning trips.

As they recovered from an outrageous chilli challenge the night before, for which a lot of milk and yoghurt was required in the aftermath, Freddie uncovered a card with the details of the final part of their caravanning challenge.

Paddy read out the details of the task ahead, as the vehicles were tasked with getting back on the track with the remainder of their charge and heading 100 miles over England’s highest road to one of the country’s ‘top motoring destinations’.

As Chris immediately started wondering which racing track they might be heading to, Paddy put him in the right lane by adding: ‘Barnard Castle.’

He then put his finger up to keep Chris silent as his fellow presenter pulled a face in recognition of the destination and its relevance. 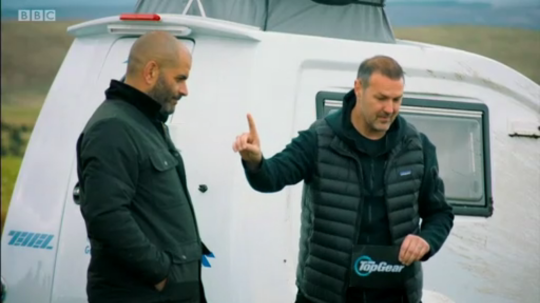 Prime Minister Boris Johnson’s special advisor Dominic Cummings drove to his parents’ house in Durham from London at the height of the national Covid-19 lockdown in spring 2020, allegedly breaching the Government’s lockdown rules, while his wife was displaying Covid-19 symptoms.

He also admitted to a second 60-mile round trip to Barnard Castle on Easter Sunday to ‘test his eyesight’ before returning to London.

Mr Cummings then defended his actions in a press conference in the Downing Street rose garden, saying he believed he behaved ‘reasonably’ and did not regret his actions.

‘I do not regret what I did,’ Cummings said, but added that ‘reasonable people may well disagree’.

He said Government rules do not cover all scenarios and that he was in a ‘tricky situation’ but believed he ‘behaved reasonably’. 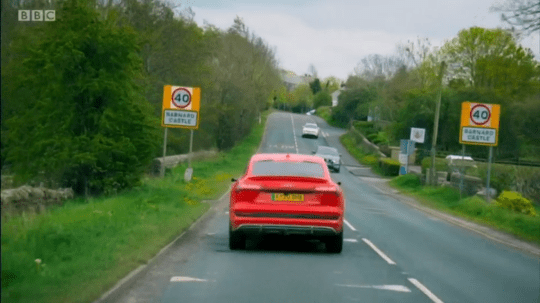 Anyone else let out a cackle at Paddy saying Barnard Castle?

Still love his little rendition of “Is This The Way To Barnards Castle!”

Despite calls for his resignation and investigations into his conduct, Cummings stayed in his post until November 2020.

‘Anyone else let out a cackle at Paddy saying Barnard Castle? Still love his little rendition of “Is This The Way To Barnards Castle!”’, tweeted another.

Others made reference to eye tests, with one writing: ‘Barnard Castle? Hope they are only testing their eyesight for the journey back home.’

‘No way am I going to get to Barnard Castle, glasses on or glasses off’ ð #TopGear

Barnard Castle , should blindfolded them, to test their eye sight #TopGear

It’s not the first time the programme has referred to the Cummings scandal, with the presenting trio ripping into the advisor during an episode last year when Chris headed to Italy to put the Ferrari SF90 supercar through its paces.

‘Now, there’s a new top of the range Ferrari out and frankly, there was only one person for the job,’ Paddy stated. 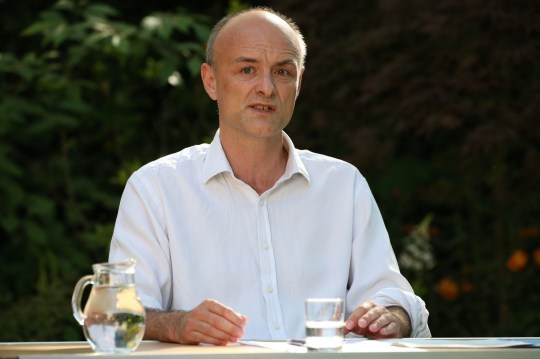 ‘Someone who just loves driving. Someone who will stop at nothing to get behind the wheel.’

He turned to Chris and laughed: ‘How’s your eyesight? Is it alright?’

Top Gear returns on BBC One on Sunday, November 28 at 8pm on BBC One.