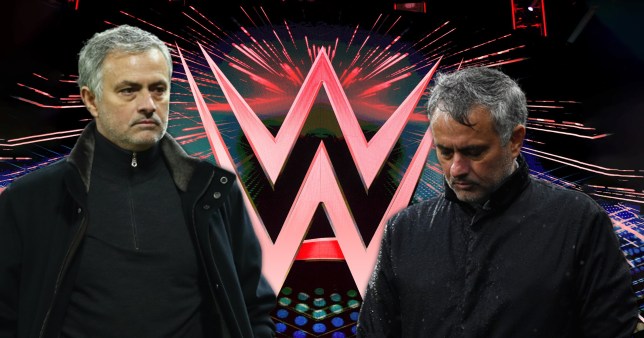 The north London club dropped points in their 1-0 loss to the Seagulls on Sunday night, just hours before the top wrestling stars in the world took to the ThunderDome for WWE’s annual extravaganza.

As noted by Opta, Spurs have the bizarre dishonour of losing more games – excluding friendlies – on Royal Rumble Sunday than any other English team.
Considering the event has been running since 1988, that takes some serious effort.

9 – Following their defeat yesterday, Tottenham Hotspur have now lost nine competitive games on the same day as the @WWE Royal Rumble – more than any other English Football League club. Tombstone. (via @TomEde1)

More facts like this in our rolling Premier League blog ð

One person who might love that stat is WWE legend and NXT boss Triple H, who is actually a big West Ham fan.

As well as urging Declan Rice to stay with the Hammers, The Game has even compared the Hammers to WWE itself.

Of course, it was only a matter of time before fans heard his iconic theme blaring out over London Stadium.

As the teams came out for the second half of West Ham’s dominating 4-0 win over Doncaster Rovers last month, Triple H’s Motorhead theme The Game – which was written specially for him – could be heard, and the former world champion caught wind of the tribute.

Responding to a tweet about the tribute, Trips responded with two hammer emojis as a show of respect to the club.

Arsenal have been known to blare out the song in the past, while they also honoured the late, great Brodie Lee following the wrestler’s tragic death in December.