Victoria Coren Mitchell has hit out over a segment on GB News where panellists called Nazanin Zaghari-Ratcliffe ‘ungrateful’ and suggested she may have been ‘radicalised’ in Iran.

Nazanin, who is British-Iranian flew back to the UK at the end of last week and was finally reunited with husband Richard Ratcliffe and her seven-year-old daughter Gabriella after six years of ‘hell.’

She was accused of plotting to overthrow the Iranian government, which she has always denied.

This week, Nazanin faced questions about her ordeal, with many wondering why it took so long for her to be freed from being held in Iran.

Meanwhile, on GB News’ The Headliners show, comedians Diane Spencer and Leo Kearse suggested Nazanin was being ‘ungrateful’ after she returned home and described her experiences to the public.

But after the segment was clipped up and shared on social media, broadcaster Victoria ended up clashing with Leo on the subject.


Victoria hit out at the segment, which was shared on social media (Picture: Channel 4)

The Only Connect host tweeted out the video, which she dubbed ‘racist’ and suggested host Simon Evans was ‘regretting’ being a part of the chat.

‘My word,’ she began. ‘I’m not one to criticise other people’s attempts at TV – I write a column in which basically every week I say that something’s brilliant. But if this stumbly, cackling, racist incompetence is what GB News puts out as a TRAILER… what on earth is the rest of it like?! 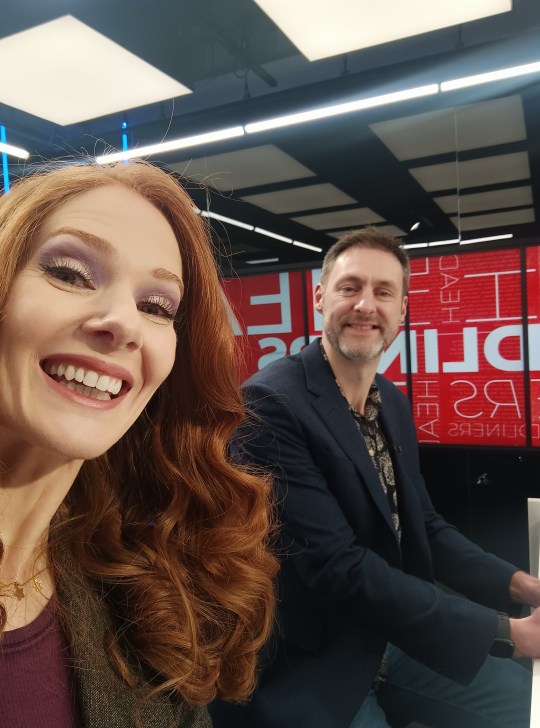 Diane – after forgetting her words – said in the clip: ‘We don’t know what has been whispered in [Nazanin’s] ear for the last six years, she may have been sitting there alone, or she may have had someone coming in everyday.’

‘CCTV in the garage as she rolls out the prayer mat,’ Simon concluded.

Victoria continued her scathing verdict: ‘It is genuinely worth watching for the bit where the inexplicably guffawing woman forgets her lines. And just says so! Ah what difference, #NazaninIsFree

According to @VictoriaCoren, my comments about Nazanin Zaghari-Markle are “racist”. Could anyone explain this? Even putting myself in the mindset of an overthinking self loathing white saviour wokeist I can’t stretch to find the racism. https://t.co/qNyC9LWz0W

‘Also interesting that you can see in the eyes of @thesimonevans that he *knows* this conversation is idiotic and beneath him, and that he is visiting from another planet. And slightly regretting it,’ she wrote.

However, Leo angrily responded to Victoria and shared: ‘According to @VictoriaCoren, my comments about Nazanin Zaghari-Markle are “racist”. Could anyone explain this?

Iâm about to post a long, possibly boring thread. But I posted yesterday about a GB News clip and a comedian on there took it very personally and wants to know why I said it was racist. Having put the tweet out publicly I think I owe him the courtesy of … https://t.co/epZJTaPj9Q

‘Even putting myself in the mindset of an overthinking self loathing white saviour wokeist I can’t stretch to find the racism.’

‘Zaghari-Markle? I don’t know whether the irony is greater if you meant that deliberately or if you typed it by mistake! Look, I’m sorry if I hurt your feelings. I’m very pro comedy and I respect your freedom to say whatever you want. I just thought the programme looked s**t,’ she bluntly replied, after he compared Nazanin with Duchess of Sussex, Meghan Markle. 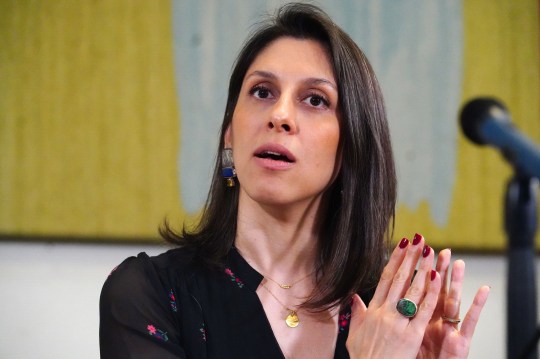 Victoria and friend Claudia Winkleman both went and visited Nazanin’s husband Richard Ratcliffe several times when he carried out a hunger strike for 21 days in November 2021.

Leo also labelled Nazanin’s name as ‘Iranian for ungrateful’ as the panel seemed divided over the situation.

Victoria followed up with another Twitter thread on Thursday morning, in which she explained her previous comments and directly addressed Leo on the social media platform. 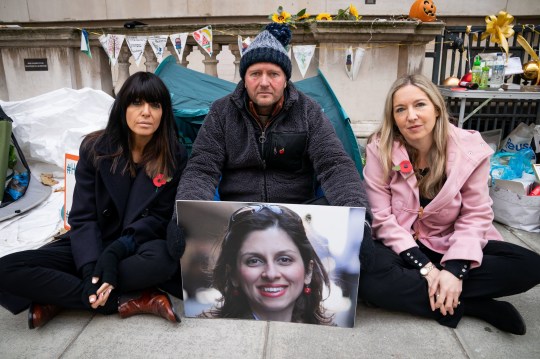 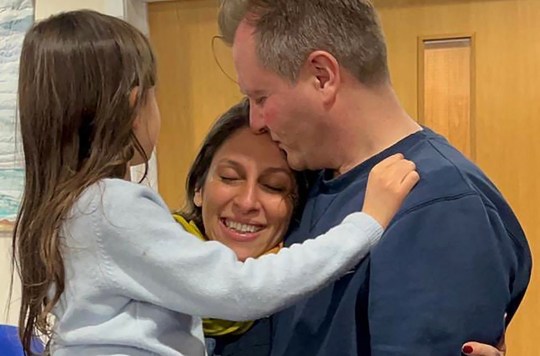 ‘First, you have to see this is a clip that GB News chose to put out. I didn’t take it out of context, they did,’ she noted.

Victoria went on to add: ‘The fact that in subsequent tweets you’ve referred to “Nazanin Zaghari-Markle” is a bit rum, but I assume you think you’d make exactly the same comparison if they were both white. I reckon you wouldn’t.

‘But I’m not here to police your brain. I’ll restrict it to THIS CLIP, so it’s not about your mind, your heart, your state of grace; you might be a lovely guy. You probably are. Most people are. It’s about THIS advert for GB News.

‘In it, you say “Nazanin Zaghari-Ratcliffe is Iranian for ungrateful”. But Iranian isn’t a language. The language is Farsi.’

She called the chat ‘nasty and ungrateful’ as her thread continued on Twitter.