WHEELCHAIR bound Wendy Williams was seen out Friday with bruised legs after it was revealed her show is scheduled to move forward on October 4th, despite her recent hospitalization for psychiatric issues.

In exclusive photos obtained by The Sun, Wendy looked frail during her outing to a New York City art gallery where she was assisted by a young man pushing her wheelchair. 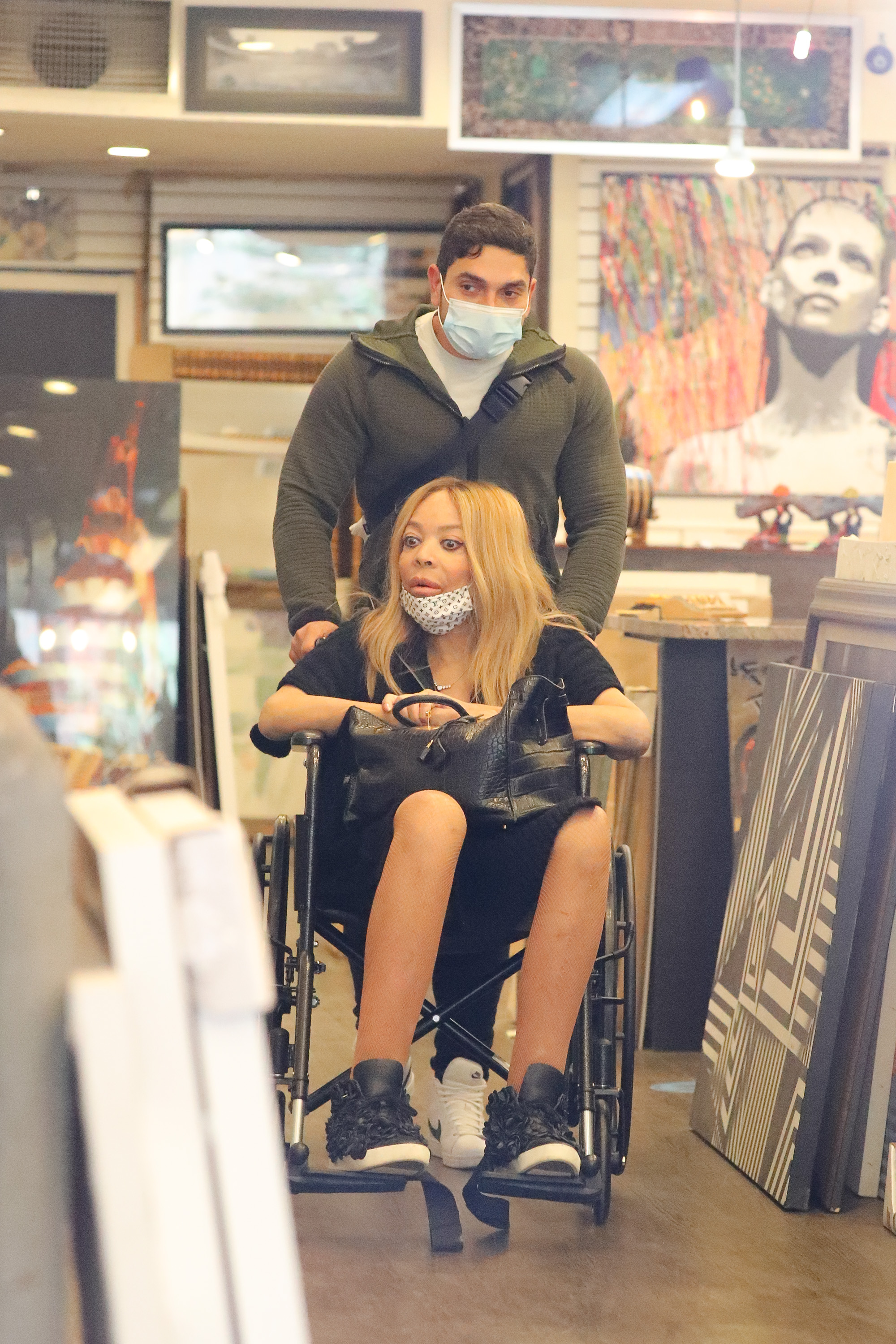 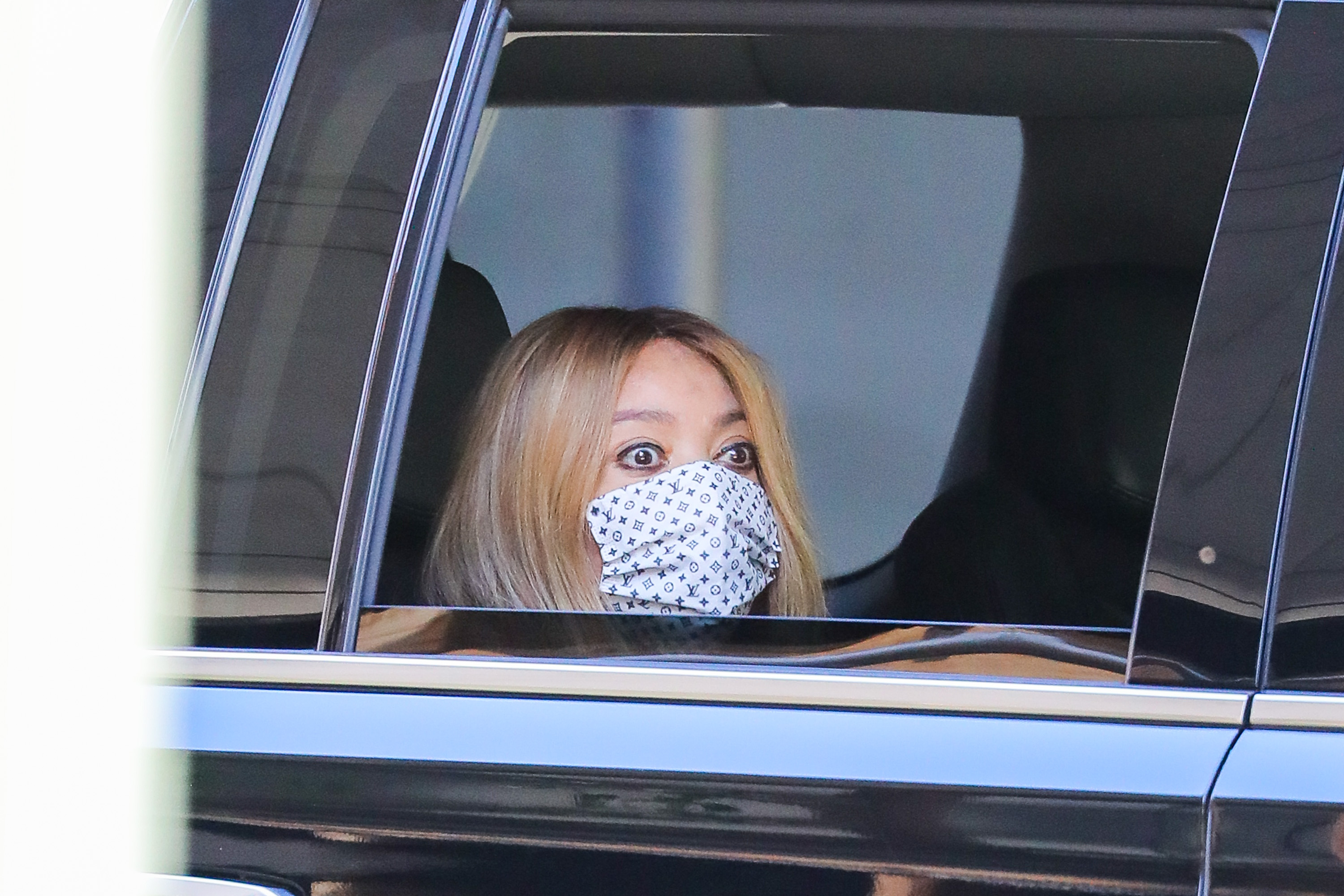 Wendy had to be lifted into & out of the SUV to get into her wheelchairCredit: Splash

The host wore a black dress with nude stockings which barely covered-up the bruises on her legs. She was also wearing sneakers.

The Wendy Williams Show host needed help being lifted out of her wheelchair and into the back seat of her waiting SUV in Murray Hill.

It was the second time the 57-year-old talk show host was seen out this week.

She was spotted on Wednesday in photos obtained by the DailyMail being pushed in a wheelchair and vaping, despite saying she had been diagnosed with breakthrough COVID last week.

The Sun was the first to report that the 57-year-old host had been “struggling with addiction” leading up to her hospitalization for psychiatric issues.

Her psychiatric hospitalization was the same day her show’s Instagram account put out a statement about her COVID diagnosis.

“Wendy was drinking every day, even while filming the show,” an insider revealed.

The source added that staffers have said they would smell the liquor on her.

Despite her recent struggles, a source revealed the show is expected to return for the pushed back premiere date: “The staff is moving forward, anticipating Wendy’s return on October 4th.”

The source close to production added staff is “so used to her drama they are not that worried” and “they believe she will be back.”

Meanwhile a source told Page Six: “Wendy is on the mend, and doing well. There was a meeting this week, and [execs] assured staff the show will return on Oct. 4., and Wendy is ready to get back to work.”

Last week, Wendy was transported to a local New York City hospital after police received a 911 call from her building about a 57-year-old female in need of psychiatric services.

An ambulance arrived on scene and transported a woman matching the host’s description to a nearby hospital for evaluation. 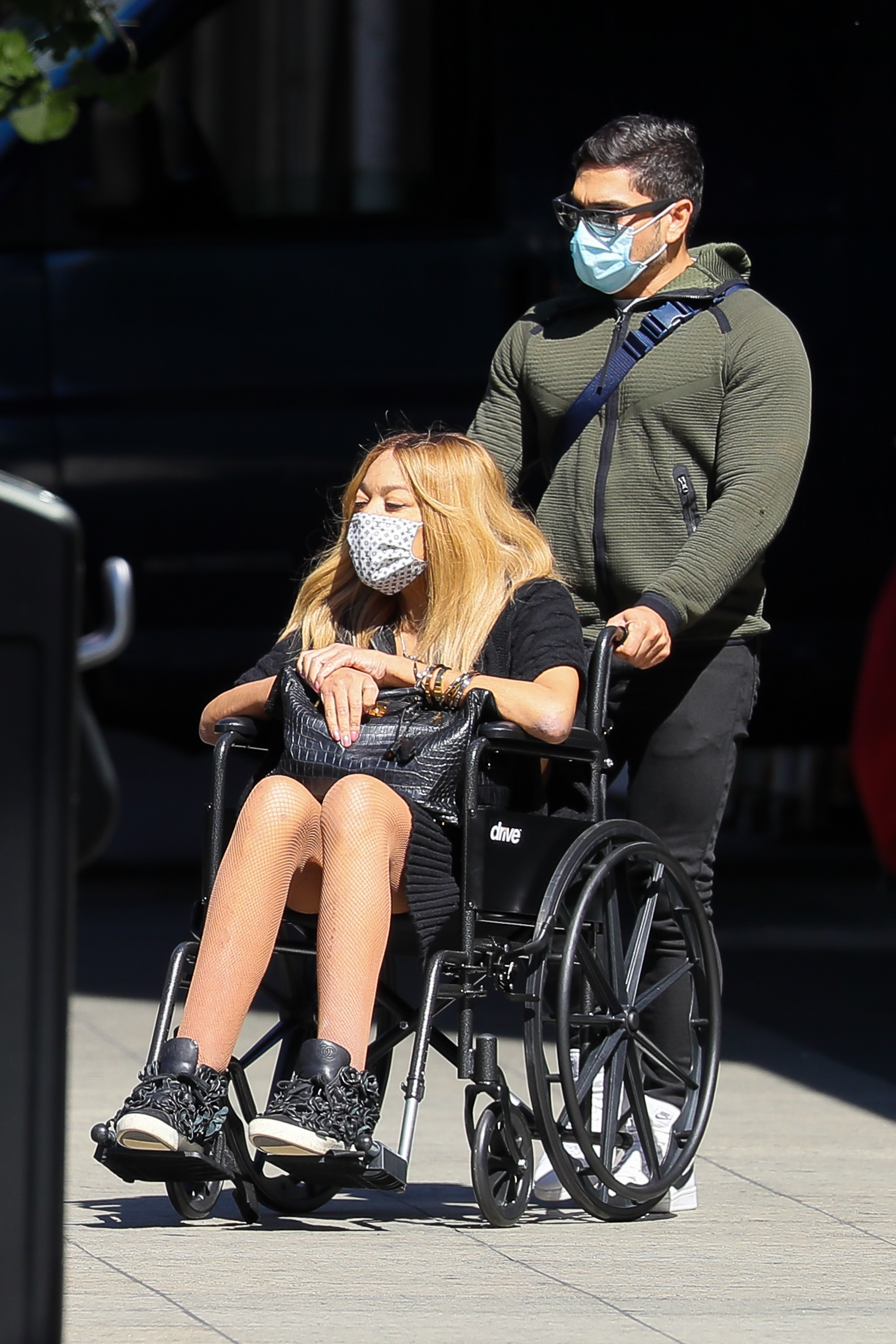 The Sun was first to report that Wendy was hospitalized for psychiatric issues last weekCredit: Splash 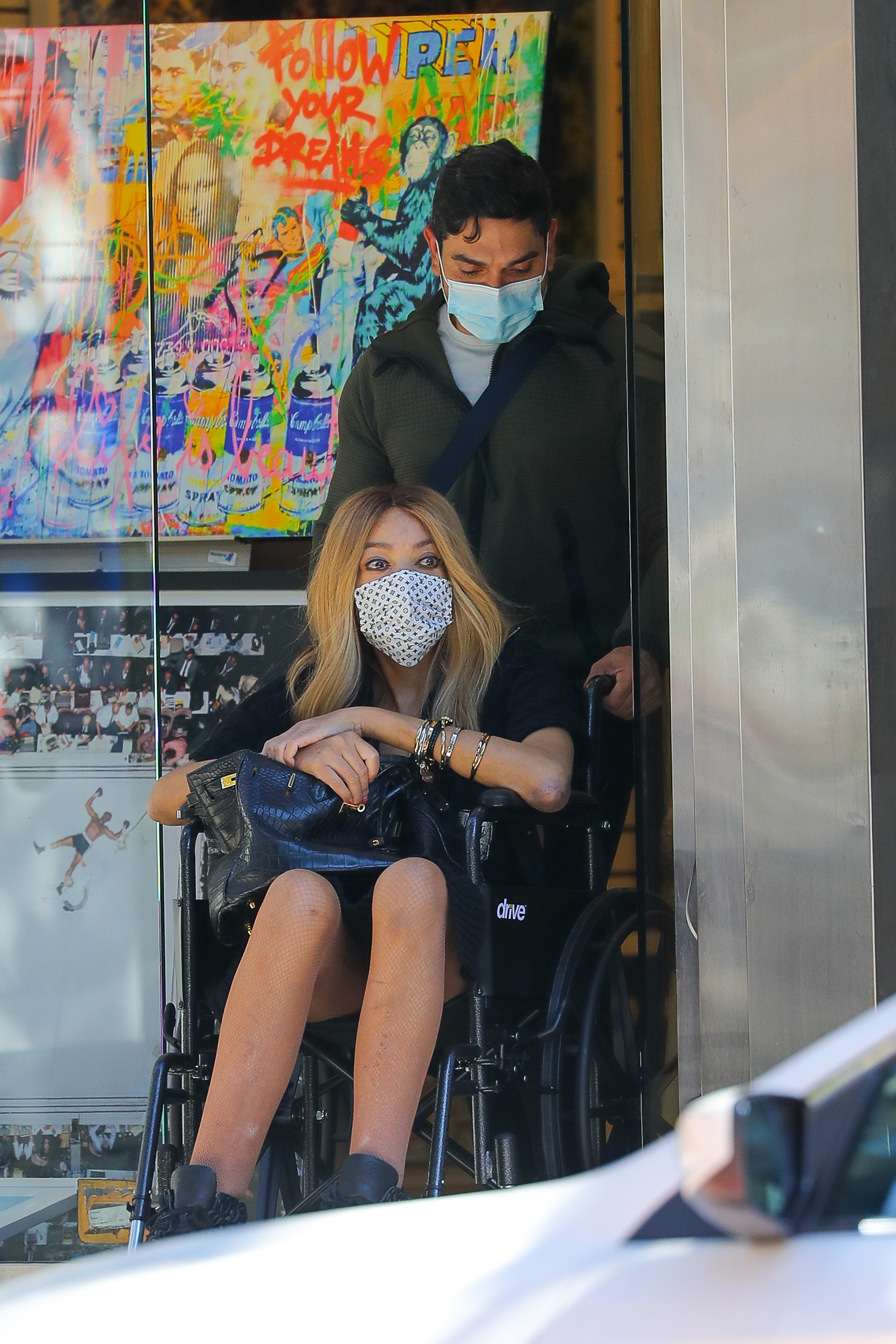 Sources told The Sun the 57-year-old host had been drinking leading up to her hospitalizationCredit: Splash 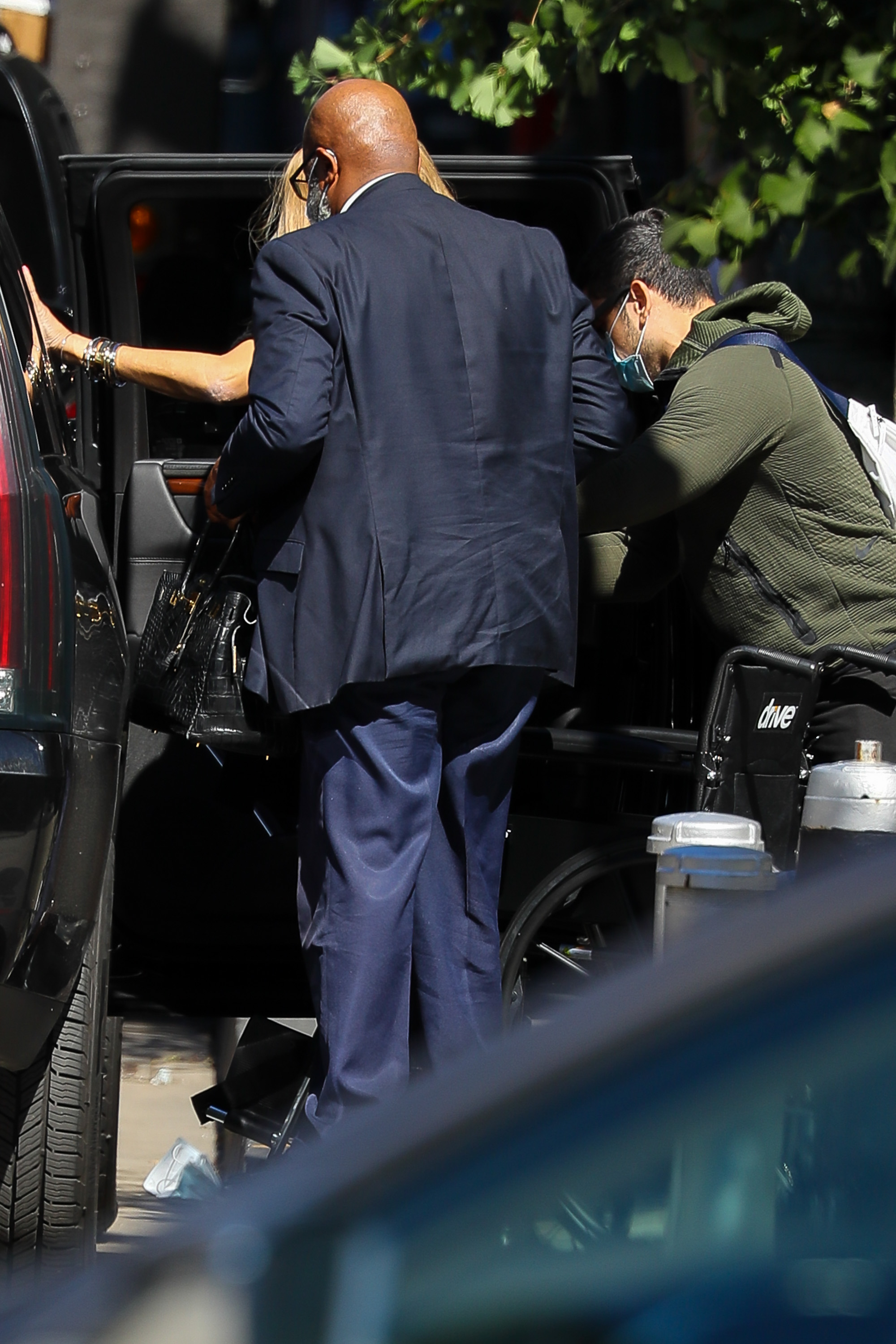 A source continued of Wendy: “Everyone is an enabler because they don’t want to lose their job. They see it, they know it, they smelled the liquor.”

The daytime diva opened up to her audience in April of 2019 that she was struggling with her addictions on the heels of filing for divorce from Kevin Hunter, 49, after it was revealed that he had a baby with his mistress Sharina Hudson, 35.

At the time, Wendy confessed that she had been living in a sober house.

She had revealed: “I’m moving out of the sober house in just a few days, you know. It’ll be Wendy on her own.”

“I have to tell you, you know, I’ve been dealing with issues with addiction, alcoholism, and I have a whole new life that I planned for myself and my son,” she added.   ”

A Wendy Williams Show source added of the incident: “No one can tell her ‘No.’ People are afraid to speak up.”

Another show insider previously disclosed to The Sun: “The staff has been back for weeks now anticipating to have the show return at the end of the month.

“Now with the premiere pushed back, staff are increasingly concerned about the fate of the show.”

A statement on Wendy’s show’s Instagram stated: “While continuing her health evaluations, Wendy has tested positive for a breakthrough case of COVID-19.

“To allow Wendy time to quarantine and fully recover and to ensure that our production abides by all SAG/AFTRA and DGA Covid protocols, we expect to begin the 13th season of The Wendy Williams Show on Monday, October 4th.

“In the meantime, repeats will be scheduled.”

Earlier this month, the show announced that she was taking a step back from promotional events amid “ongoing health issues and further evaluations.”

A statement read: “She will not be able to complete her promotional activities next week, but can’t wait to be back in her purple chair on Monday, September 20th for the 13th season premiere.”

Fans became concerned about Wendy’s health in 2017, when she fainted during a live taping of her show on Halloween.

At the time, the host blamed the scary incident on feeling overheated and suffering from low electrolytes.

But in February 2018, the TV star announced that she had Graves’ disease, and had been living with it for years.

In March, Wendy showed viewers a close-up of her severely swollen ankles while sharing that she suffers from Lymphedema.

The daytime talk show host admitted she can’t even walk two blocks because of the disease.

Amid her health issues, Wendy struggled with her sobriety in 2019 following an ugly split from her ex-husband.

The popular TV host, who has been open about her struggles with alcohol and substance abuse in the past, sought treatment during this difficult period. She reportedly checked into rehab in Florida.

Wendy would eventually file for divorce, however, the pressures of their split were further amplified when their son, Kevin Jr, got into an alleged altercation with his father in a parking lot in New Jersey.

The 21-year-old was subsequently arrested for simple assault – a charge that would ultimately be dismissed.

Wendy later claimed she knew Kevin had a “side girl” for almost 15 years of their nearly 22-year marriage.

Wendy returned to New York from her rehab stint and moved into a sober house in early 2019, the star admitted. 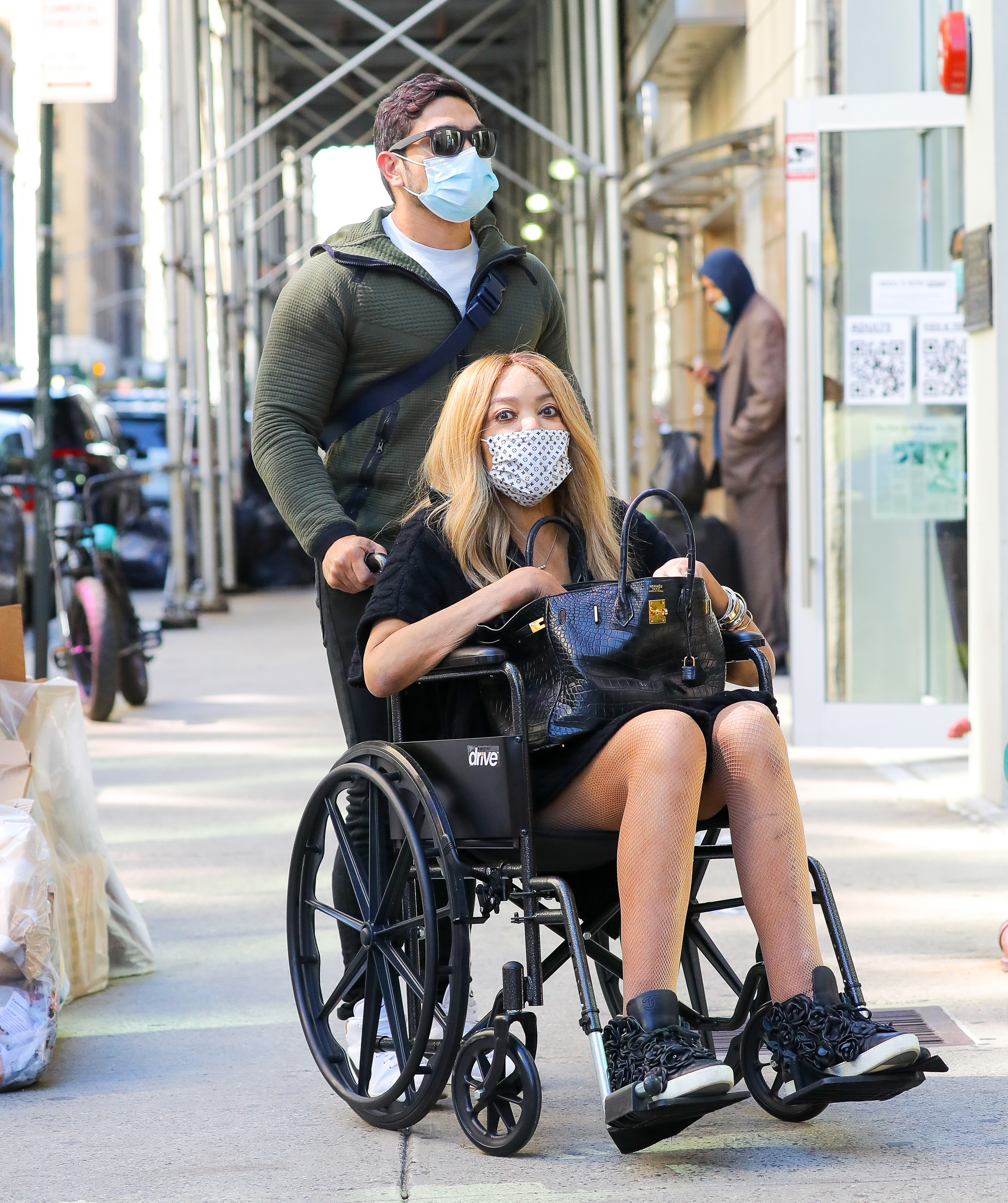