Where is Neil Jones on Strictly Come Dancing this year?

Tonight, Strictly Come Dancing is officially set to return for the 2022 series, as the contestants prepare to take part in their very first live performances.

Last night’s launch show saw the line-up of celebrities – including Paralympian Ellie Simmonds, singer Fleur East and EastEnders actor James Bye – pair with their professional partners, before the all took part in a spectacular group dance.

However, some viewers were left confused by the fact that Neil Jones, who’s been on the BBC programme for several years, wasn’t given a celebrity partner.

Some have questioned where Neil is on this year’s series, with one fan tweeting that they were ‘gutted’ that the dancing whizz wasn’t going to compete for the Glitterball Trophy.

‘Why is Neil Jones not in Strictly line up?’ another befuddled viewer asked.

Where is Neil Jones on Strictly Come Dancing this year?

Neil is still a part of Strictly, remaining one of the professional dancers in the line-up for the series.

However, he simply doesn’t have a celebrity partner this year – alongside four of the other pros.

In the end, with 20 pros and 15 celebrities, there were always going to be five dancers who weren’t given partners to compete with.

In addition to Neil, the other dancers missing out on competing for the Glitterball Trophy in 2022 are Lauren, Michelle, Cameron Lombard and Luba Mushtuk. 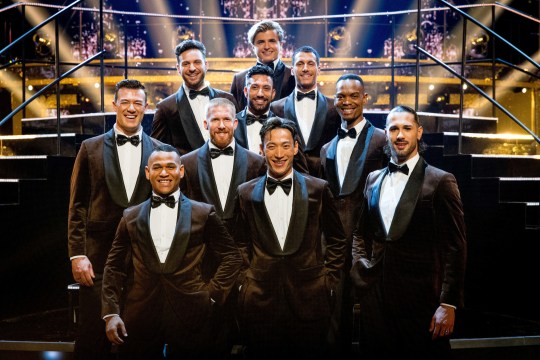 Professional dancer Jowita Przystał, who joined Strictly in 2021, has a celebrity partner for the first time this year, joining forces with wildlife cameraman and presenter Hamza Yassin.

Meanwhile, newbies Vito and Carlos have been partnered up with Fleur and Britain’s Got Talent star Molly Rainford respectively.

At the start of the month, Neil marked the return on Strictly with some group shots of the professional dancers, with the men wearing black tuxes and the women donning glamorous ballgowns. 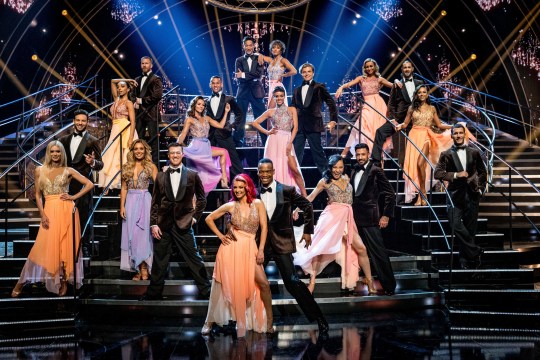 There are 20 pros and 15 celebrities on the show this year (Picture: Guy Levy/BBC/PA Wire)

Ahead of tonight’s first live show, he shared a promo shot of himself on Instagram, writing in the caption: ‘First live show tonight and I can’t wait to see what all the couples have been up to. Who are you most excited to see?’

One fan bereft he won’t be competing commented: ‘Sorry you don’t have a partner but look forward to seeing you at every opportunity.’

‘Partner or no partner i’m always most excited to see you,’ someone else said.

Neil, who’s currently dating Love Island star Chyna Mills, was recently seen queuing up for hours to pay his respects to the Queen while her coffin lay in wait at Westminster Hall.

Who has Neil Jones partnered up with before?

In 2019, Neil was paired up with former professional footballer and pundit Alex Scott, with the couple finishing in fifth place.

Last year, he competed with actress Nina Wadia. The duo were the first to be eliminated in week two.

Strictly Come Dancing returns tonight at 6.45pm on BBC One and BBC iPlayer.