TWO Pints of Lager and a Packet of Crisps was the TV show that shot the likes of Sheridan Smith and Will Mellor to fame.

The BBC sitcom – which revolved around five twenty-something friends who enjoyed boozing in the pub – ran for 10 years from 2001.

Two Pints of Lager is officially returning for a rebootCredit: BC

Two Pints quickly became a cult classic, and, luckily for fans, the show’s creator Susan Nickson has confirmed it will be returning for a reboot.

While she confessed it’s unlikely Sheridan – who’s arguably the show’s most successful alumni – will be returning, Will and Ralf Little, who played Gaz Wilkinson and Jonny Keogh, definitely are – even though Jonny was killed off in series seven.

The new series will see the pals navigating a world with the Time’s Up movement, where toxic masculinity is called out.

“I would like to pick up the story with two ageing working-class geezers in a pub combating the terrible things that we say about men at the moment,” she said. “Some men might not understand that the bad guys exist.”

She added: “I want to see the comforting story of people like Gaz and Jonny, who live in a world where bad guys don’t exist.

“I want them to acknowledge the bad guys are out there though, but I don’t want Gaz and Jonny to be them.”

Here, we reveal what happened to the Two Pints cast, and who’s likely to be returning for the reboot… 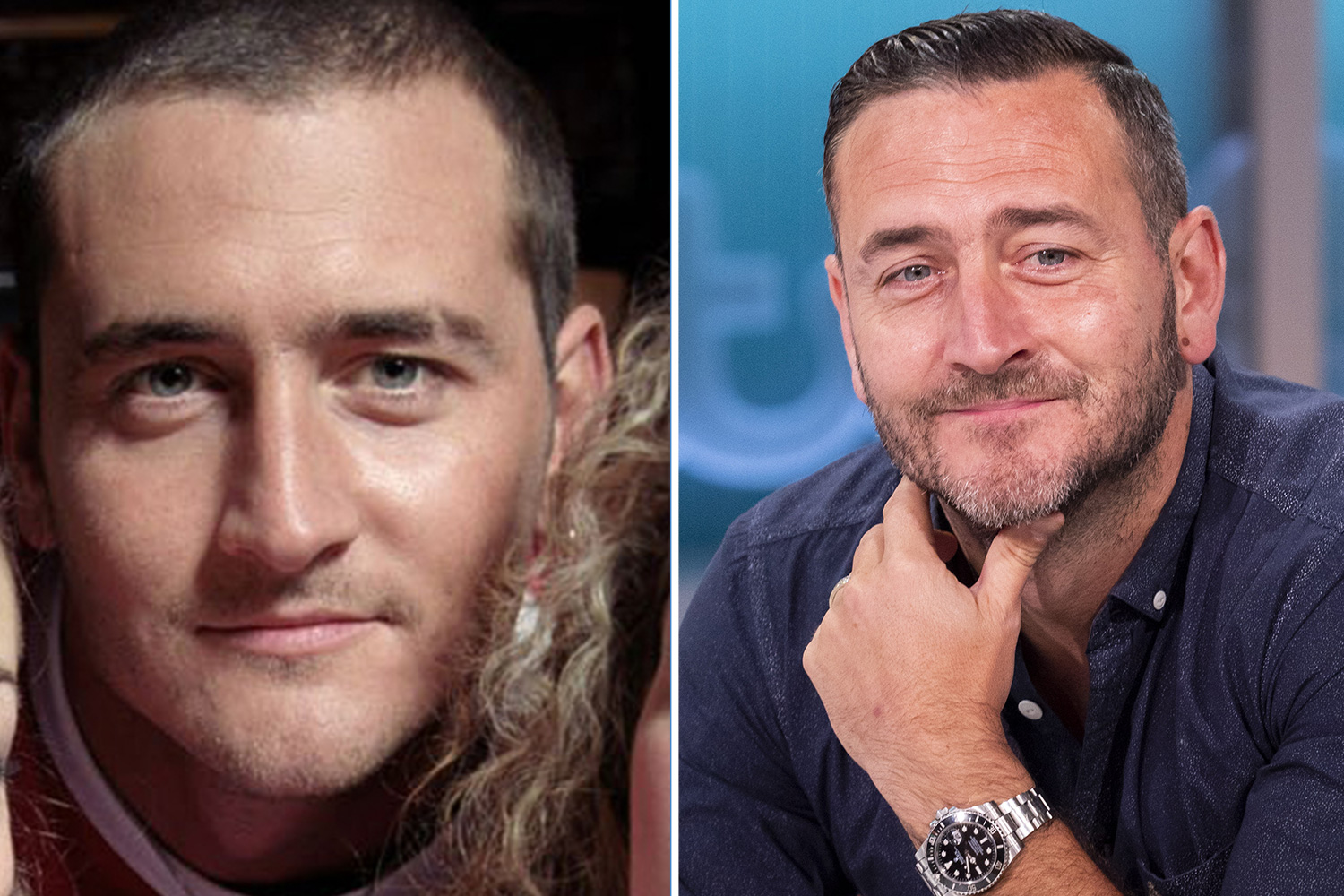 Will Mellor was chosen to play Gaz on Two Pints, after being spotted as Jambo Bolton on Hollyoaks, which he starred in from 1995 to 1998.

Two Pints’ creator recently said of the 45-year-old actor: “Will is the finest comedy actor our country has. He’s one of the best — well, he is the best in my opinion.”

Mechanic Gaz was a typical blokes’ bloke, who loved boozing and women, as well as Hollyoaks, Monarch of the Glen and pornography.

He was madly in love with Donna Henshaw – played by Will’s former Hollyoaks co-star Natalie Casey – and they were on and off throughout the show’s run.

They finally got married in series seven, but on their wedding day, Gaz discovered he was the father of Janet’s son.

Donna left so Gaz and Janet could be together, but then returned in series 8, when viewers voted for Gaz to be with Donna.

“They were the best times, it wasn’t like hard work, it was like being with your friends,” Will has said, reminiscing about the show.

“We’d go out at weekends and be together everyday, we were a lot younger and had no responsibilities so we could have a few drinks and wake up fresh every day, but now if I have a few drinks it takes me three days.”

Since Two Pints, Will has starred in many TV shows, including EastEnders, Broadchurch, Waterloo Road and Line of Duty.

Will, who is the voice of the Funky Pigeon ads, is also a frequent panelist and guest judge on Celebrity Juice, as a good friend of Leigh Francis AKA Keith Lemon.

He’ll be returning for the Two Pints reboot as Gaz. 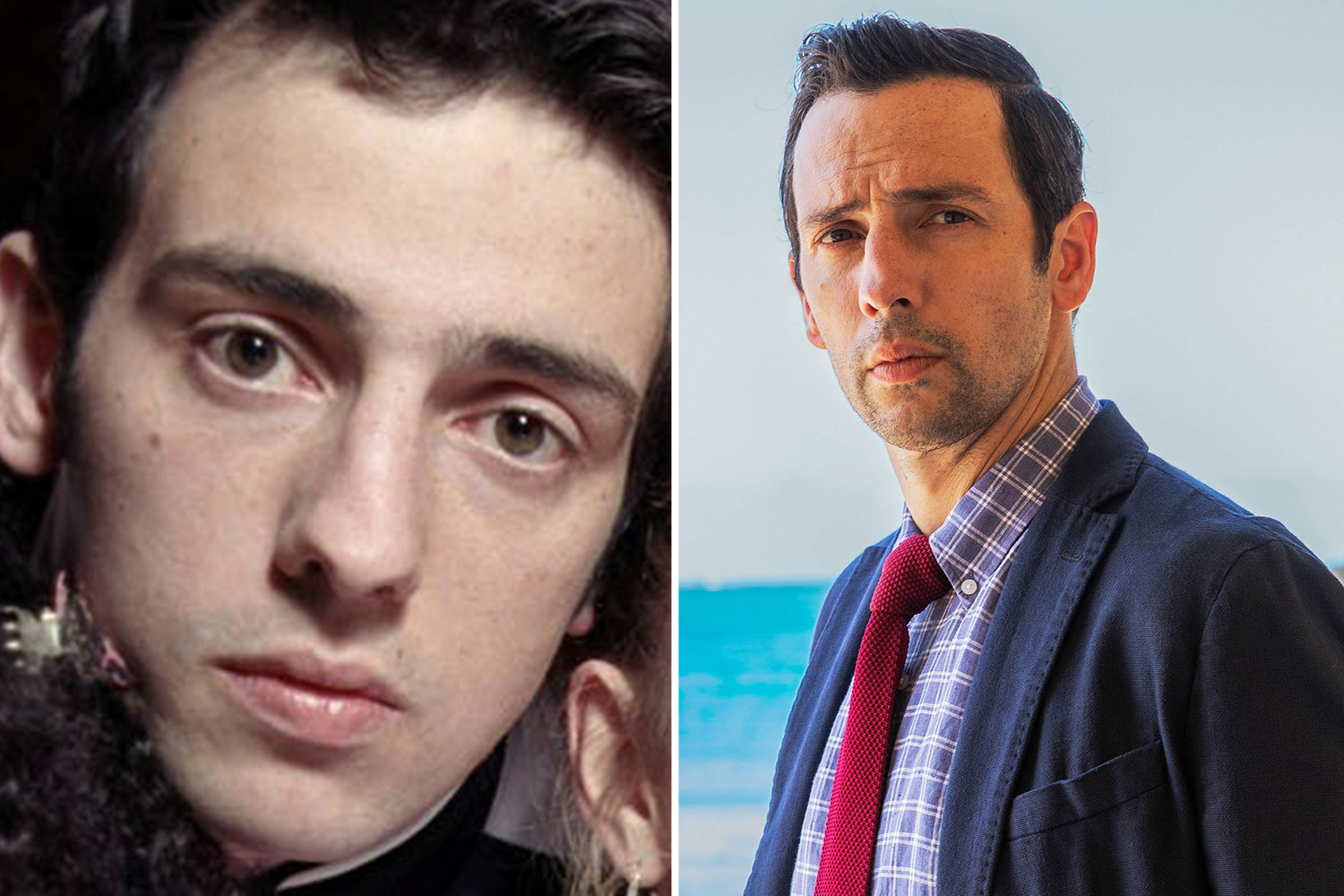 Despite his character Jonny being killed off, Ralf Little will return for the Two Pints reboot

Ralf Little, 41, was brought in to play Jonny, after producers saw him on another BBC sitcom, The Royle Family – and he only auditioned when he realised Two Pints would be very different.

But he always tried to do best for his son and wife Janet.

Despite the fact that Ralf is confirmed to be appearing in the reboot, his character was eaten by a shark in series seven, after winning a shark-jumping competition in Hawaii – although his death was never actually seen on-screen.

This came after Ralf quit the show due to an overwhelming schedule.

Since his character’s demise, actor Ralf Little has appeared in BBC series Robin Hood and played DI Neville Parker in Death in Paradise since last year.

He got engaged to playwright Lindsey Ferrentino but recently revealed they’ve had to put their wedding on hold due to the pandemic.

She suggested they get married in Guadeloupe, where he films Death in Paradise – but she was obviously unable to join him in the exotic location this year. 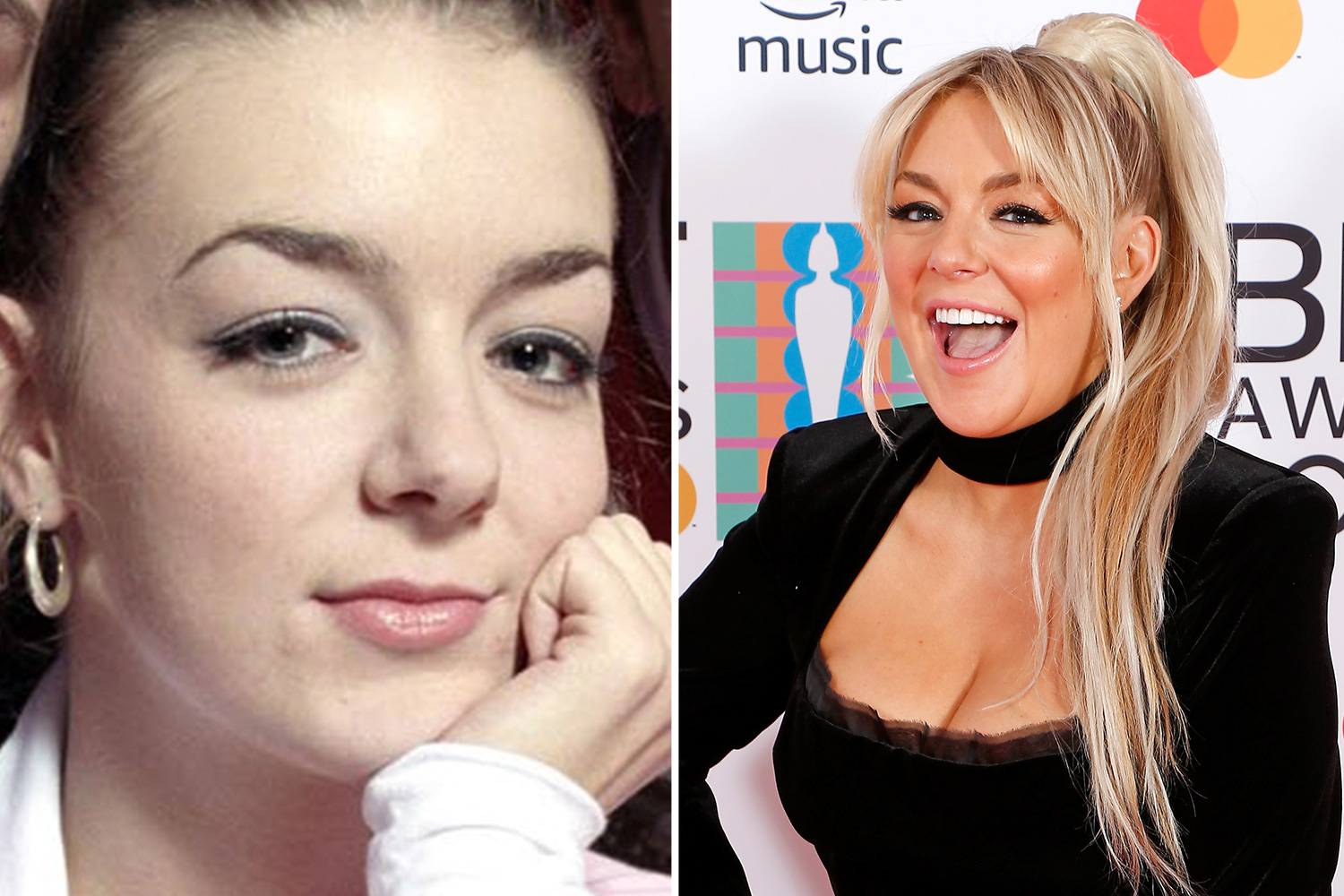 Sheridan Smith is arguably the most famous star to come from Two Pints, having played Jonny’s bubbly wife, Janet, on the show.

The 40-year-old actress has appeared in a host of memorable shows as diverse as Mrs Biggs, Gavin and Stacey, The Royle Family, Benidorm and Jonathan Creek.

She also stars in the new Railway Children film due out next year.

Despite a very public battle with mental health which led to her pulling out of stage show Funny Girl, Sheridan has won two Olivier Awards, a BAFTA, an NTA and received two International Emmy Awards for her work on stage and screen.

But she hasn’t been so successful in her homelife, as she recently announced she was splitting up with her fiance and father of her one-year-old son Billy.

In a joint statement given to The Sun on Sunday, the couple said: “It is with great sadness that we have decided to have some time apart.

“We both remain completely committed to raising our beautiful boy Billy together. We ask that you respect our privacy during this difficult time. Thank you.”

Due to her fame, Will and Susan have said it’s unlikely she’ll appear in the Two Pints reboot.

Earlier this year, Will even confessed they hadn’t spoken in a long time.

Speaking on The Morning After With Paul Danan podcast, Will said: “Sheridan just won’t talk about it. She’s not spoken to me in over three years now.

“It’s like she just won’t pick up the phone about it. There is just no point in going down that route.

“I don’t know what happened, we last spoke about three, maybe four years ago and since then she won’t reply to my calls or text messages at all.” 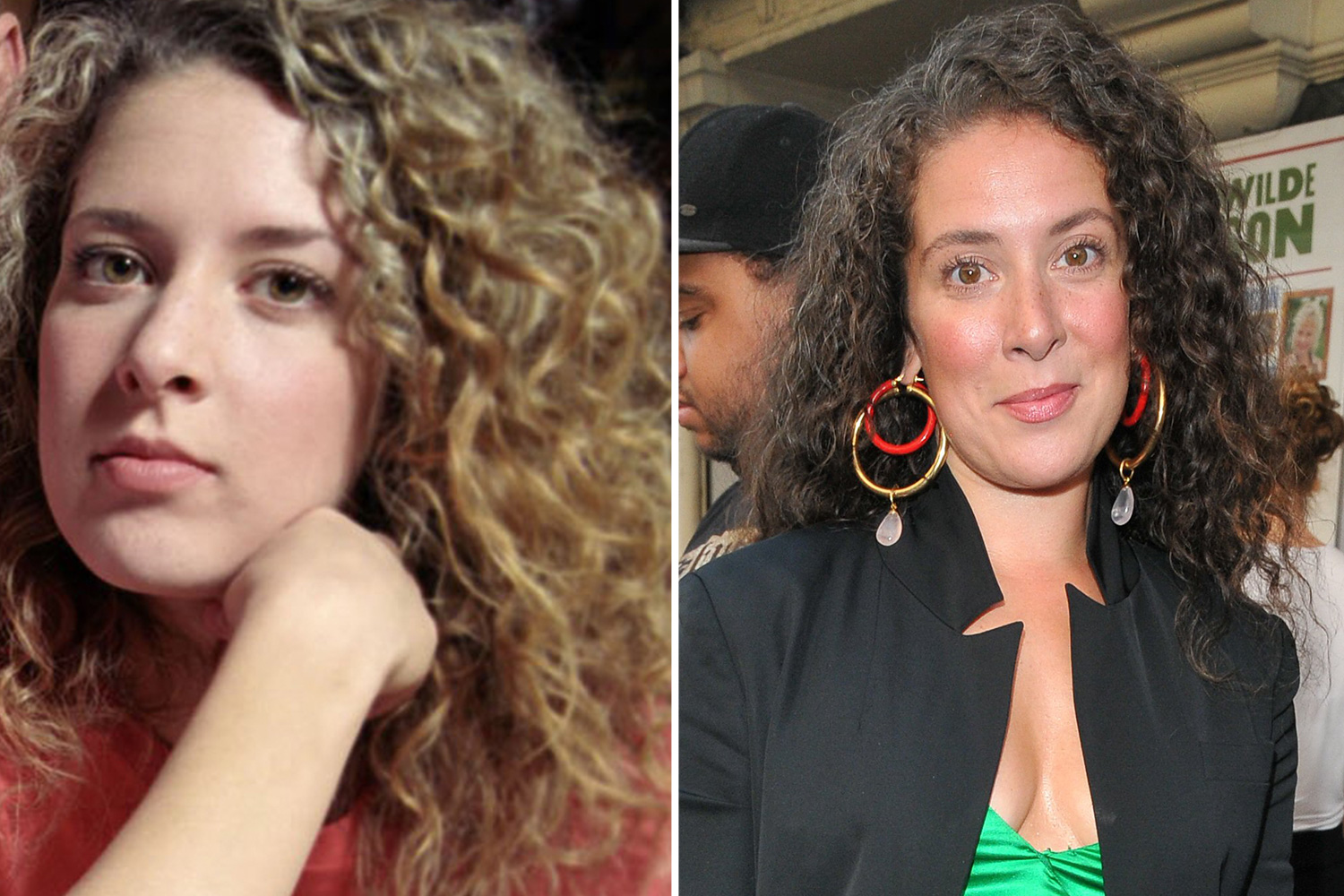 Natalie Casey now does a lot of theatre and voiceover work

Like Will, Natalie Casey was discovered on Hollyoaks, and ended up playing loud-mouthed Donna – Gaz’s on-off girlfriend and then wife.

Donna had quite a tragic ending as she cancelled plans to travel the world with Gaz after finding out she may have cancer, but never told him why.

She went on to have a successful theatre career, starring in The Vagina Monologues, The Wedding Singer and Legally Blonde.

She has become a popular voiceover artist and is still the voice you hear on the ITV show, Dinner Date. 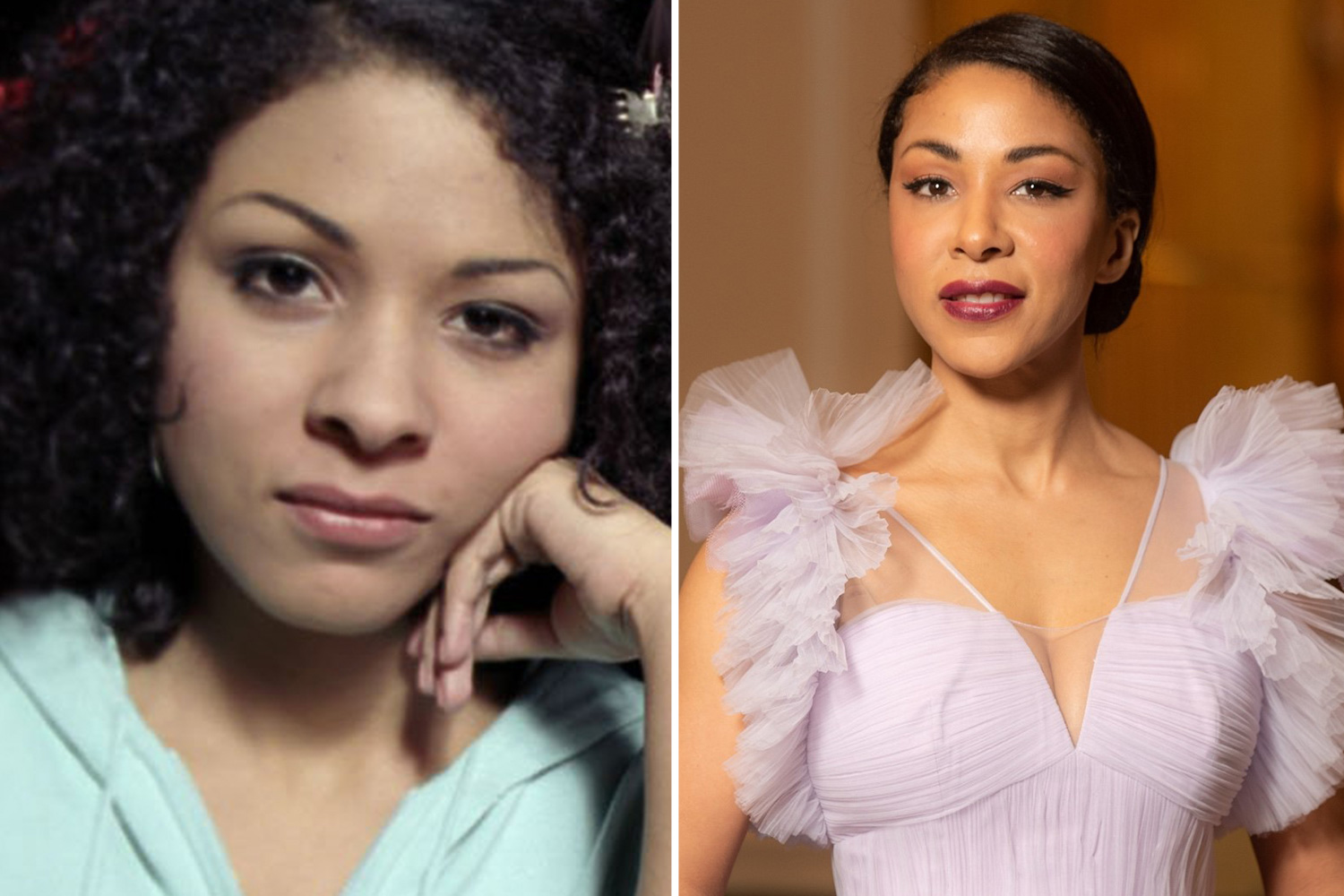 The character – who was always on the hunt for a man – got pregnant by Donna’s younger brother, Dion, and called her baby girl Louise Louise Brooks.

She eventually left Runcorn to join a “weird moon-worshipping cult” at the end of series eight after meeting a pop star boyfriend.

Since Two Pints, Kathryn, 39, has starred in many hit TV shows, including Benidorm and Death in Paradise.

She’s most well-known for playing Meghan Markle in The Windsors, and was even recently seen as Genevieve Delacroix in Netflix’s record-breaking period drama, Bridgerton. 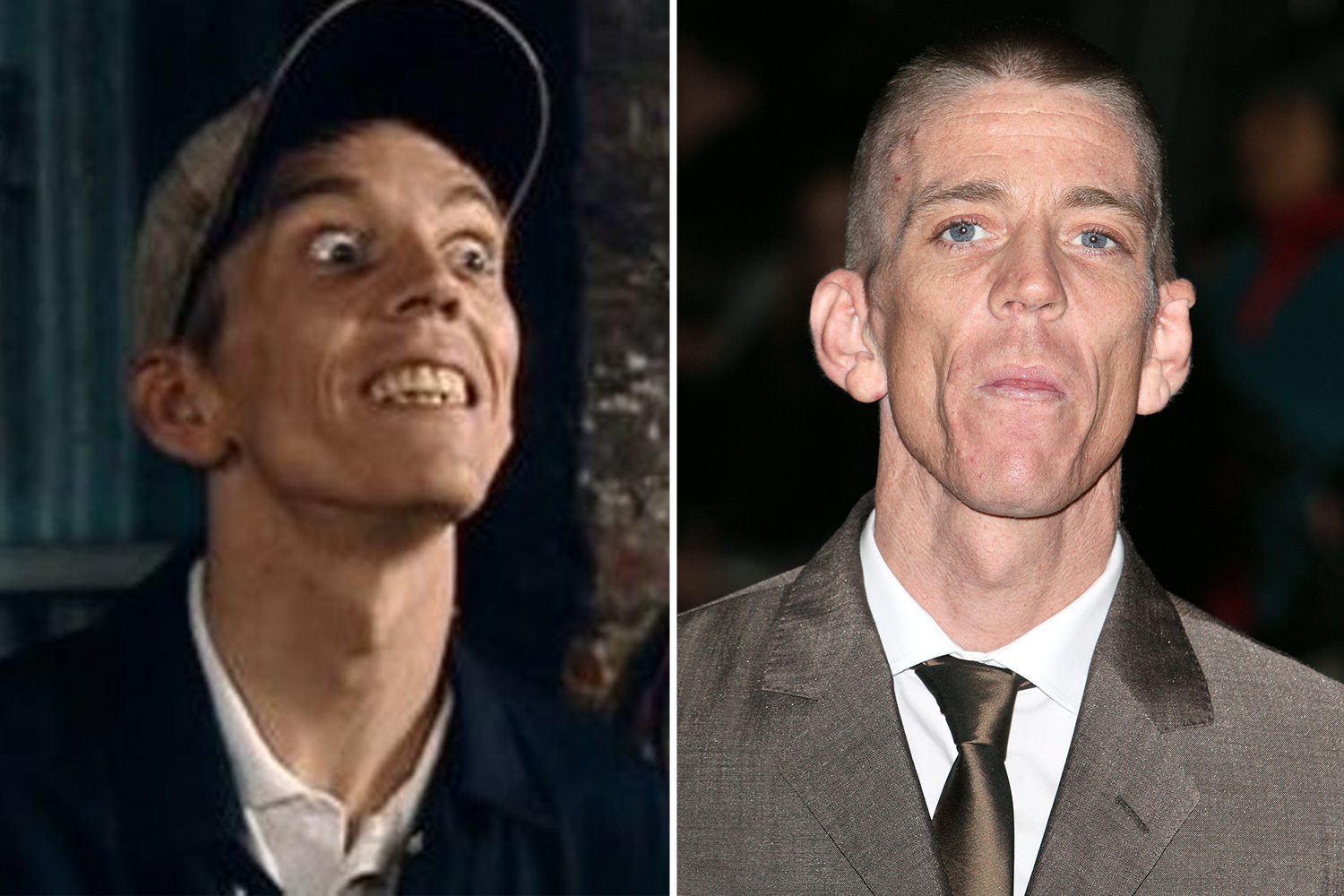 Lee Oakes joined the cast of Two Pints in 2003, as Munch Wilkinson – who turned out to be Gaz’s long-lost half-brother, described as a “a bit of a yoghurt”.

He had an obsession with Donna, and his various attempts to find a girlfriend are unsuccessful – apart from a fling with Kelly, the barmaid.

His last appearance was at the end of series seven, when he helped Louise give birth to her daughter.

Lee’s biggest role since Two Pints was as Jimmy Venable’s friend, Kev, in After You’ve Gone.

He’s also had recurring roles in Corrie and Emmerdale, and starred opposite Sir Michael Caine in Harry Brown in 2009.

Lee seems to have not acted in a while, however, as he last appeared onscreen in 2011, playing Stage Door Keeper 2 in the Eric & Ernie TV biopic. 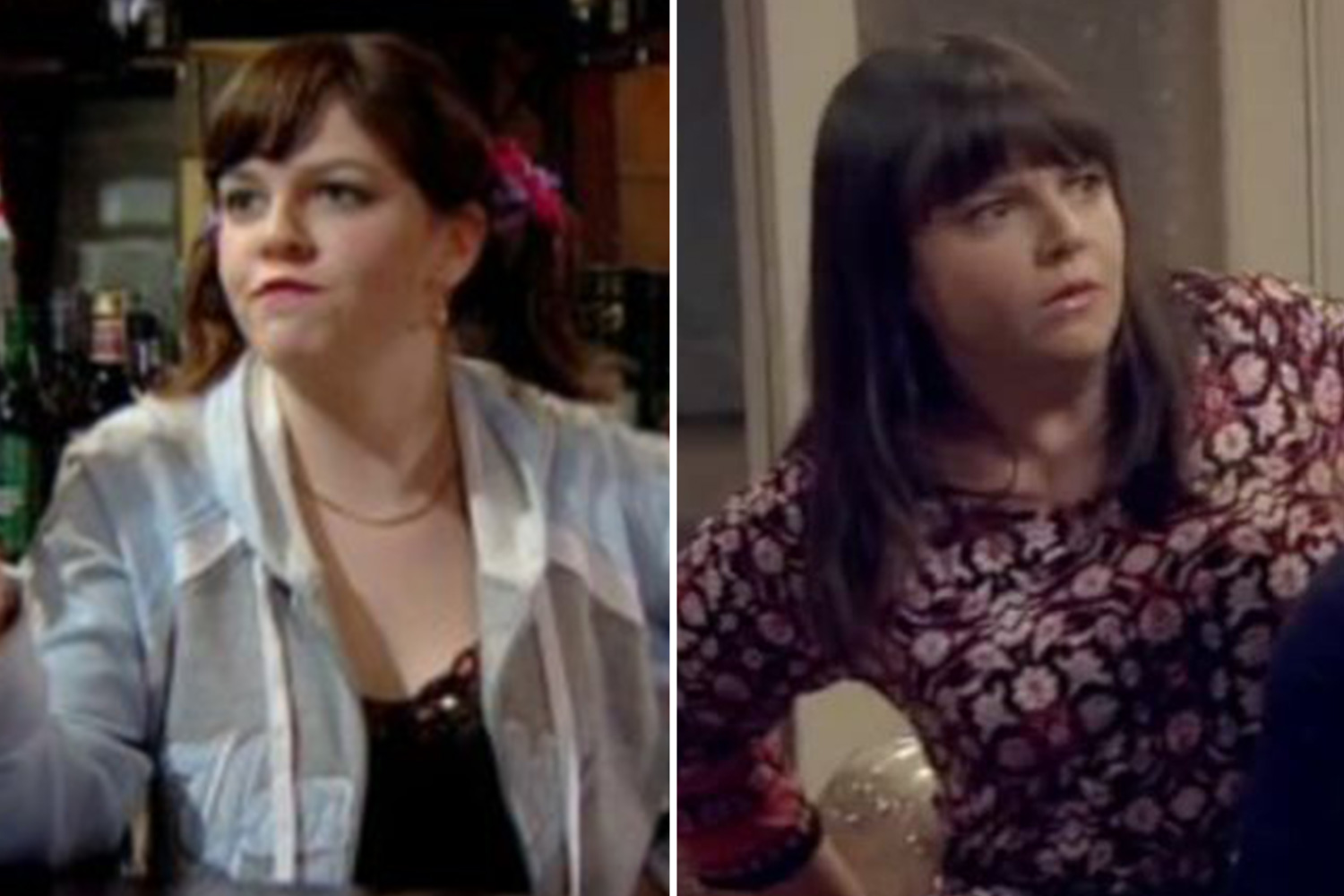 Hayley Bishop has gone slightly off the radar since Two Pints

She was introduced in series four, as Louise’s unconfident colleague at Sayers’ Bakery.

However, by series six, she was the regular barmaid at The Archer and had become rather promiscuous, even with the pub’s elderly regulars, and Munch.

She was last seen smothered in crisp wrappers at the end of series six – after being denied the job of manager.

Hayley has gone slightly off the radar since Two Pints.

She appeared in Doctors and Berry’s Way in 2006 and Citizen Khan in 2016 – and her Twitter bio says she’s mum to “two beautifully bonkers boys”.