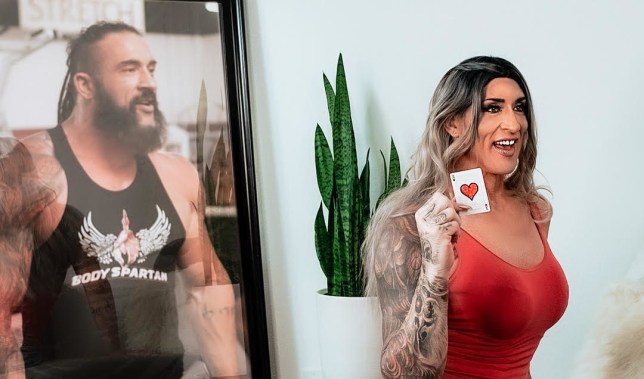 Gabbi came out as transgender this week (Credits: Gabbi Tuft)

Former WWE star Gabbi Tuft has come out as transgender and is using female pronouns.

The retired wrestler – who worked for the company as Tyler Reks until 2012 – made the powerful announcement this week, while revealing she has the full support of her wife Priscilla.

She has fully backed her partner throughout her journey, and they have opened up about their experience during an interview with Extra.

Gabbi wrote on Instagram: ‘My loving wife, family, and closest friends have accepted me for who I am. To them, I am forever grateful. Your support along the way means more than you will ever know.’

While Gabbi is known for her time in WWE, Priscilla has made her name in bodybuilding and modelling.

Who is Priscilla Tuft?

Priscilla Tuft, 39, is the wife of Gabbi, who wrestled as Tyler Reks in WWE.
Born in Portland, Oregon, the bodybuilder and fitness model has also worked as an actress and WNSO Professional Fitness Competitor.

Priscilla – who opened her own supplement chain, pilates and dance studio as well as two gyms – also teamed up with her partner seven years ago on fitness and nutrition company Body Spartan.

She also penned a book in 2017 called The Secrets of Weight Loss I Wish I had Known 100 lbs ago.

When did Gabbi and Priscilla Tuft get married and do they have children?

Priscilla got married to Gabbi in 2002, and she has revealed the retired wrestler was her first and only partner.

She said: ‘We actually don’t have partners outside of the relationship at all. I was a virgin when we got married 18 and a half years ago — we had never kissed. Our first kiss was on our wedding day.’

Together, the couple have nine-year-old daughter Mia, who has also supported her dad’s transition.