WHO Wants To Be A Millionaire’s Jeremy Clarkson almost wiped out a contestant’s jackpot with an epic question blunder on tonight’s show.

The 60-year-old host was called upon to help contestant Ray Mann win £64,000 on the ITV quiz show. 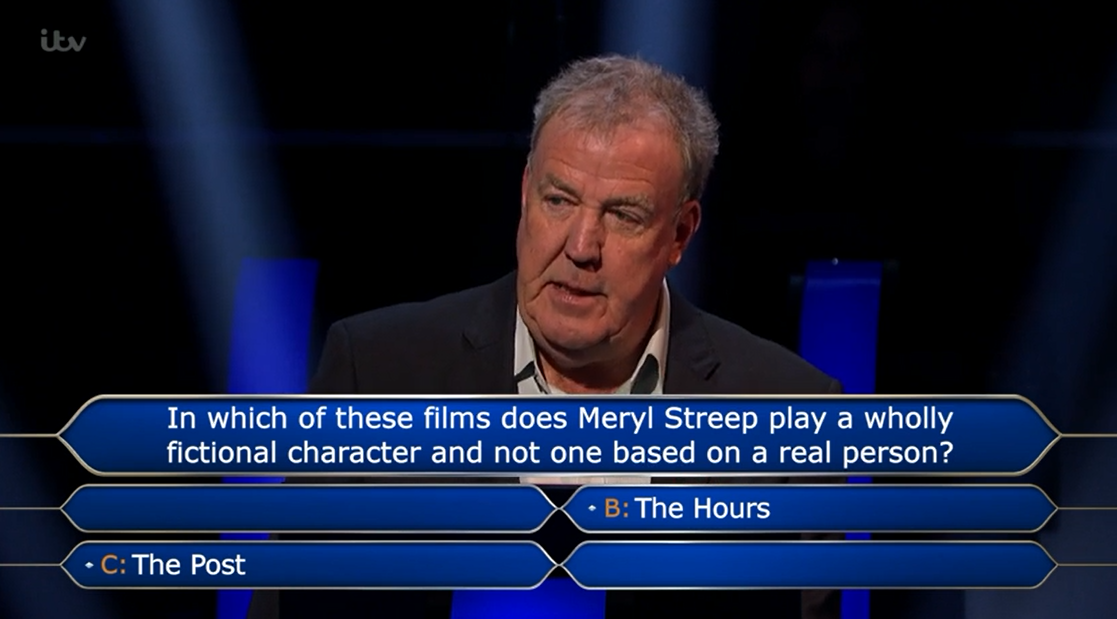 The question was: “In which of these films does Meryl Streep play a wholly fictional character and not one based on a real person?”

His options were Out of Africa, The Hours, The Post and Suffragette.

Ray immediately ruled out Out of Africa and Suffragette but was stuck between The Hours and The Post. 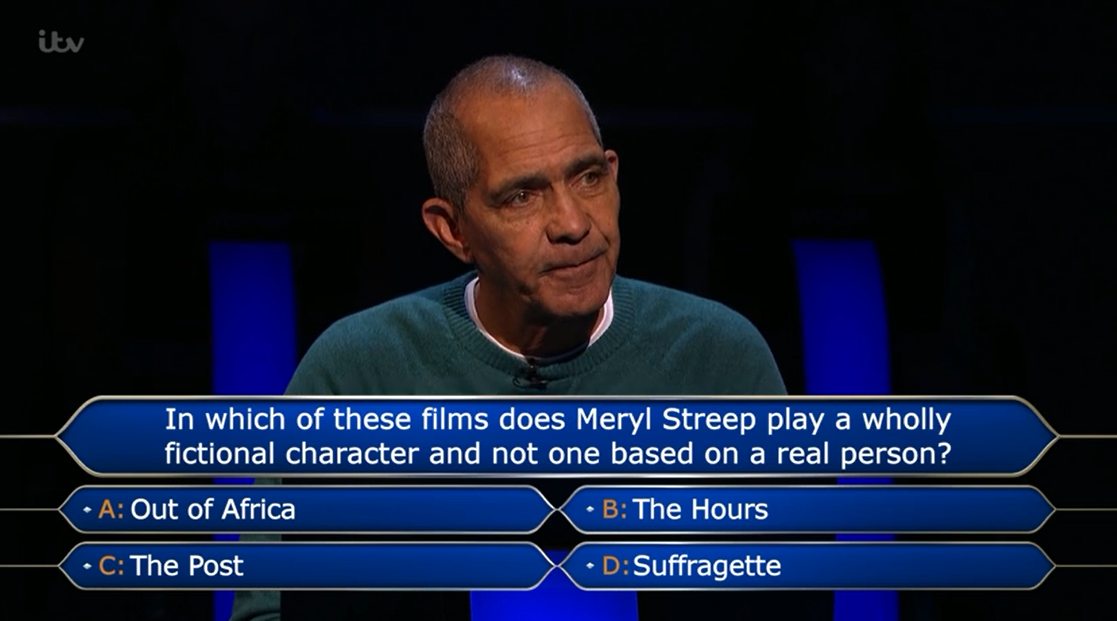 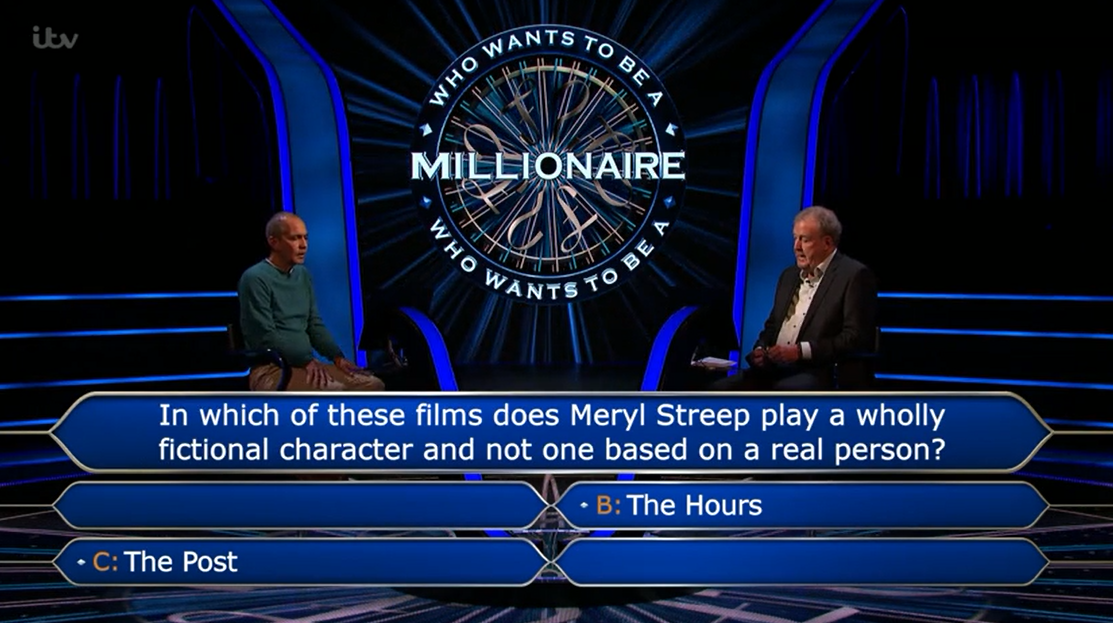 He used a phone a friend to see if that would help but stumbled over his words and didn’t read the question out properly.

It didn’t matter though, as his friend had no idea, and when Jeremy pointed out his mistake, Ray replied: “I know, I know, I phrased it wrong.”

But it was soon Jeremy’s turn to get confused, as Ray then used his 50/50 and Ask the Host lifelines.

After revealing he “loathed Meryl Streep films”, he said he also hadn’t seen The Post, but was “99.9 per cent certain The Post is a real life film with real life people. 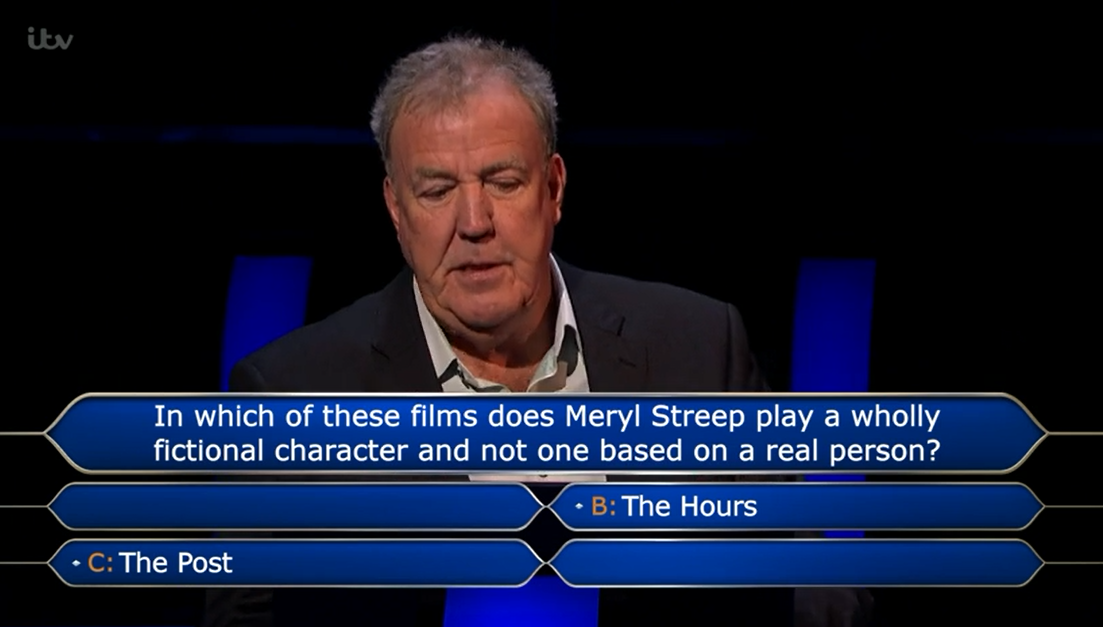 “It’s your £31,000 but if I were sitting there I would definitely take a punt on The Post, and that is my final answer.

However, Jeremy quickly realised he had twisted the question and got confused between fiction and non-fiction, and told Ray: “Sorry when I say that, she plays a real person in The Post…”

Thankfully Ray understood what Jeremy meant and replied: “I almost went the wrong way myself there, you’re right.” 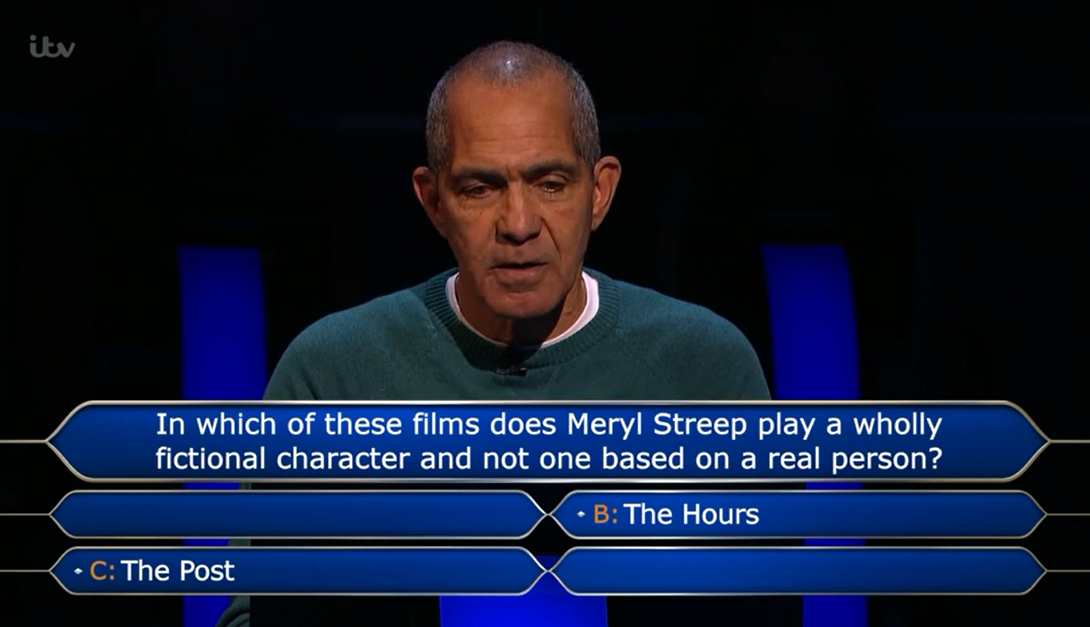 Ray re-read the question and went with The Hours, which was the right answer

Re-reading the question one last time, Ray then decided to go for The Hours, and it was a relief all round when it ended up being the right answer.

Viewers took to Twitter to admit their hearts had been in their mouths during the exchange, with one writing: “My heart dropped when Jeremy said it the wrong way round then. This is a terribly worded question.”

Another added: “Jeremy helping there by giving the answer he just ruled out.” 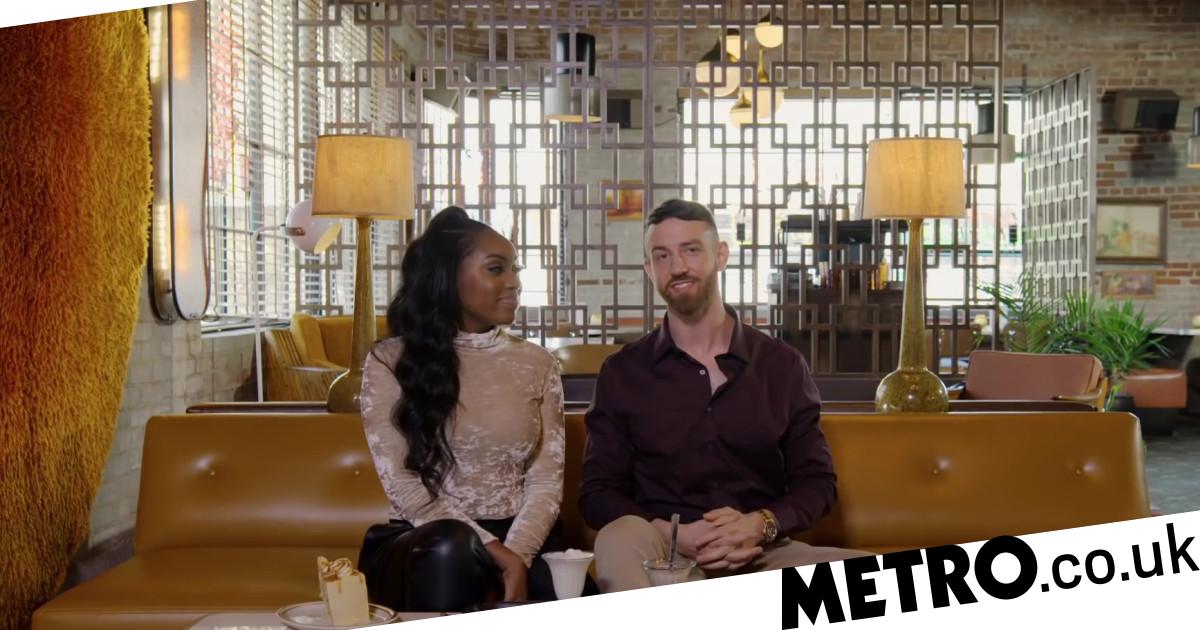