Will Mellor had been hesitant to do Strictly in the past (Picture: PA)

Will Mellor has admitted he previously turned down Strictly Come Dancing after fearing it would ‘affect his career in a negative way’.

The actor, 46, didn’t want to take part in certain shows in the past which may have taken him out of his comfort zone, but found that his father’s death changed his outlook on things.

He explained: ‘I’ve been asked to do things over the years and I’ve never wanted to do them, I was always a bit wary of doing things that might affect my career in a negative way.

‘My mindset changed a couple of years ago after I lost my dad. Once I had gone through the grief I just realised you have to grab life and start saying “yes” to things.’

It was this outlook that made the Two Pints of Lager and a Packet of Crisps star finally agree to take part in the dance show, adding: ‘When I got the phone call about Strictly something inside me said “just say yes, do it”. Because I’d rather look back and say “I did that” rather than “why didn’t I do that?”

‘I want to do something that’s a challenge. It’s scary and it’s out of my comfort zone, but those are the things that you remember, and that’s why I decided to do it.’ 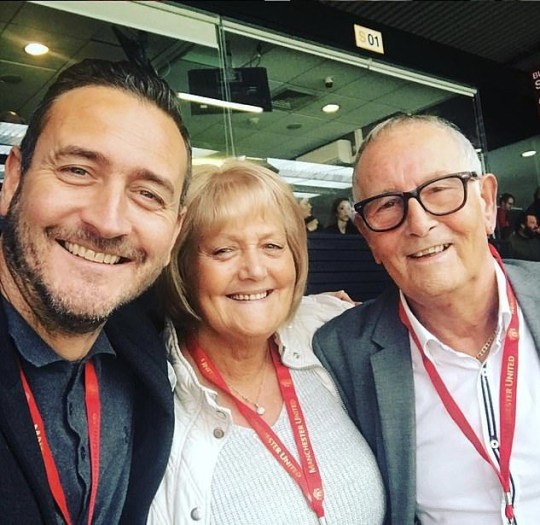 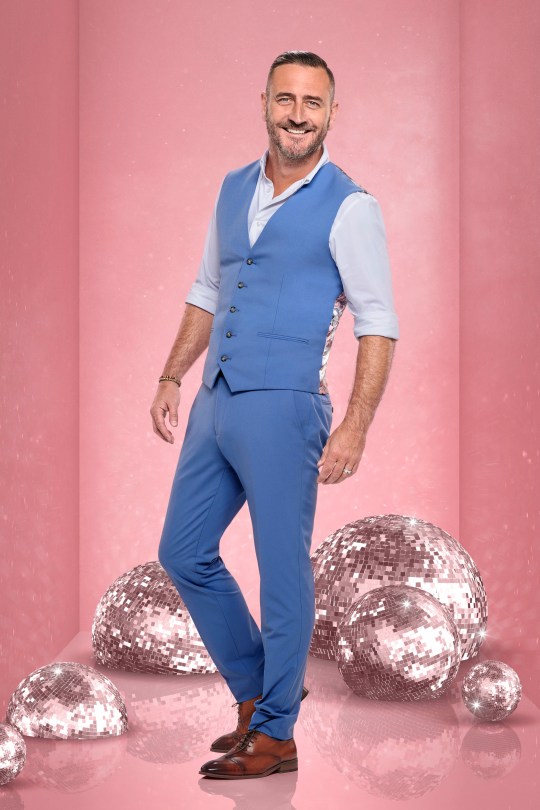 Will added: ‘Also it’s my mum’s favourite show and she’s had a really tough couple of years, so it will give her something to look forward to and to smile about.’

Strictly is due to kick off on Friday, however Will revealed he was nursing a knee injury just days before, telling his followers on Instagram: ‘In rehearsal for @bbcstrictly!! My knees are in shock!!  #tooldforthis #strictlycomedancing #dancing #badknees #shattered,’ as he iced them with frozen peas.

He previously revealed his fears that his knees could give out, explaining: ‘I’ve got bad knees and football injuries, operations and stuff. I’m having to ice them every night and stuff.

‘So it’s just, if they pop out in the middle of a dance routine live on telly, there’s not much I can do because I will just hit the floor, and they do.

‘They’ve popped out while I’ve been walking down the stairs before now. I can pop it back in, but at that moment, I have no strength in the leg. It’s just from football injuries and operations so as long as that stays alright, then whatever will be will be.’

Strictly Come Dancing starts on Friday at 7pm on BBC One.