Will there be another season?

RIDLEY Road is the BBC One drama based on Jo Bloom’s book, that looks at neo-Nazism in 1960s Britain.

Ridley Road is based around real events and focuses on a little known part of British history, but will there be a second instalment of the series?

Ridley Road looks at neo-fascism in Britain in the 1960s.Credit: BBC

Will there be another season of Ridley Road?

The book written by Jo Bloom is a stand alone, but there is hope that screenwriter and executive producer Sarah Solemani will write a second season.

However, there has been no confirmation as of yet about whether or not we will see a season two, so fans will have to wait a little longer.

What happened in Ridley Road Season One?

Ridley Road delves into the neo-fascism of 1960s Britain and centres around Vivien – a 20-year-old Jewish woman played by Agnes O’Casey.

She flees to London in the middle of the night to find her lover Jack (Tom Varey), escaping her father’s plans to marry her off.

When she finds Jack however, she discovers he is in the middle of an undercover mission posing as a member of the National Socialist Movement (NSM).

His mission is to feed information back to the 62 Group – an anti-fascist militant coalition – to help the Jewish community avoid the dangers of the NSM.

When Jack is injured in a mission, Vivien offers to take his place.

She dyes her hair blonde and transforms into a neo-Nazi sympathizer.

Vivien gains the trust of neo-Nazi Colin Jordan – based on the real life leader of the NSM – and finds out that Jack is well and his cover has not been blown.

When she discovers a paramilitary organisation training at a fascist Duke’s home, Group 62 set her the dangerous mission of planting a transmitter.

Colin’s affection for Vivien is growing however a new arrival complicates this, and a failed attempt at exposing the NSM means Group 62 have to take dangerous measures.

Amidst the dangers, Vivien and Jack both struggle to remain undercover and save lives.

In the last episode Vivien discovers documents in Colin’s bedroom detailing his illegal private army, that could put him away if she can get them out safely.

Jack’s cover is at risk as several NSM soldiers become suspicious of him following the beating of fellow soldier Lee, and tells Vivien they need to run.

Colin finds out Vivien is not who she says she is and she has to escape, but is told by the 62 Group that Jack has died.

Vivien takes the evidence she has gathered to the police, and then boards a plane to Tel Aviv under a German passport.

She finds out on the plane that Jack did not die – as an earlier scene of him falling from a van during his own escape suggests – and the pair will be able to start a new life together in Israel. 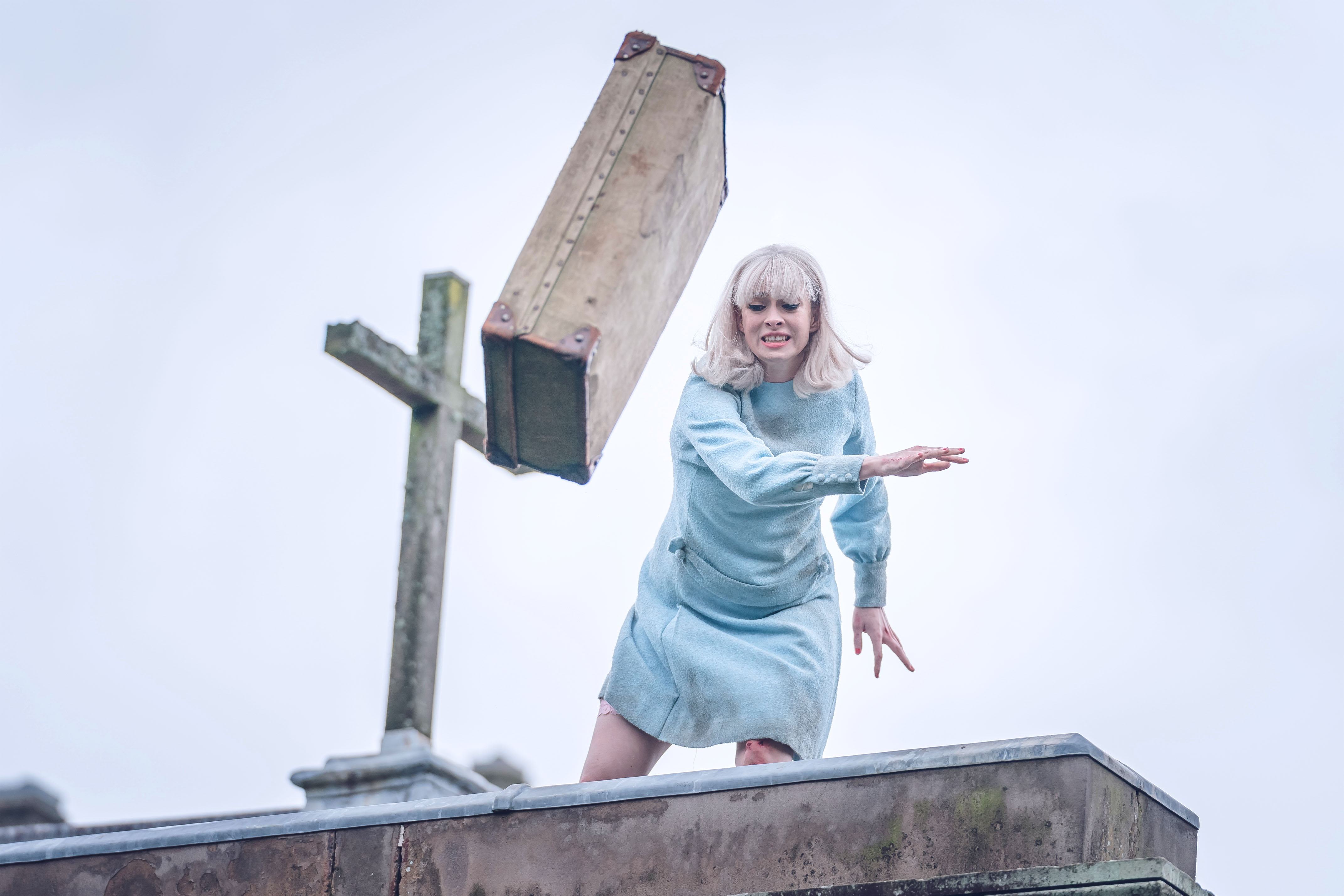 How can I watch Ridley Road Season One?

The drama is showing on BBC One every Sunday at 9pm, with the final episode airing on October, 24, 2021.

All four episodes are available to watch on BBC iPlayer.