Sammy Guevara and Tay Conti got married over the weekend (Picture: Twitter/Instagram/Tay Conti)

All Elite Wrestling power couple Tay Conti and Sammy Guevara have got married after getting engaged earlier this summer.

The AEW stars – who missed last week’s Dynamite before their special day – celebrated their wedding on Sunday with friends and loved ones, including WWE superstar Nikki A.S.H.

Tay revealed the happy news on her Instagam Stories with some videos and shots from the reception, and even gave fans a peek at their incredible wrestling based wedding cake.

The tasty treat was topped with figures of the bride and groom in their wedding outfits as she puts the former TNT Champion in a submission hold.

In a post on Twitter, Tay shared photo pictures of her bridal party during the rehearsals, and wrote: ‘I have the best bridesmaids’.

Among the shots was a snap of current WWE Raw star Nikki, whom she knows from their time together in NXT during the brand’s black and gold era. 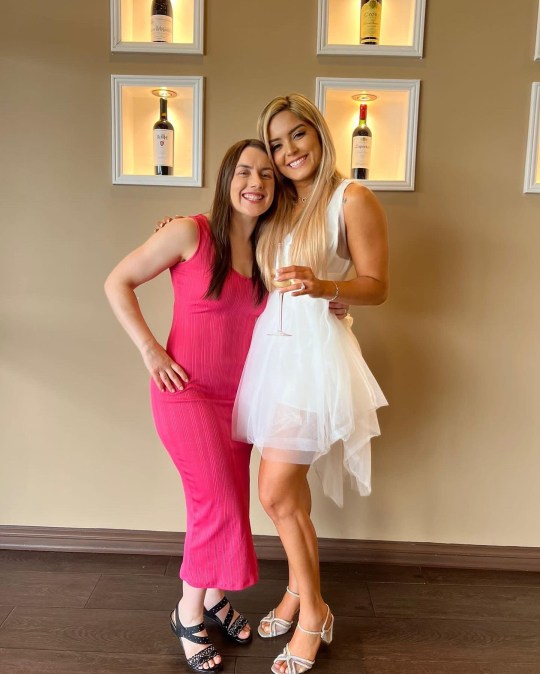 Nikki A.S.H. was one of Tay’s bridesmaids (Picture: Twitter/Tay Conti) 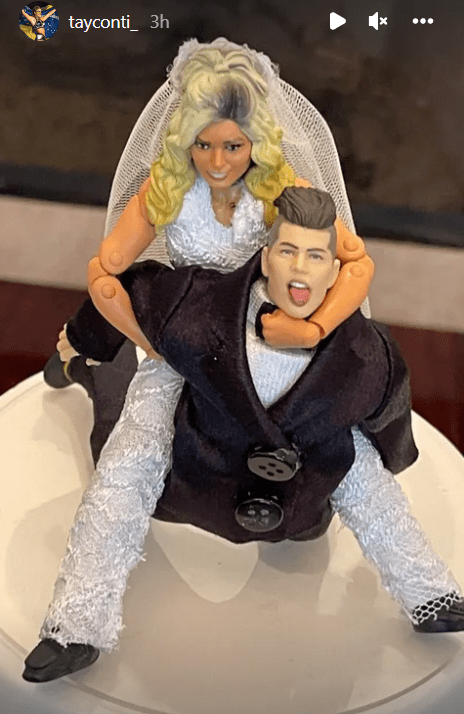 Back in January, Sammy and Tay revealed they were a couple shortly after he ended his engagement with former fiancee Pam Nizio.

In December 2021, Sammy confirmed the split and said: ‘I know a lot of you have supported us for a long time and we have appreciated it so much over the past several years.

‘Since you’ve all given us so much love and support we figured we owed it to y’all to let you know that we are no longer in a relationship. We still love each other and wish nothing but the best for one another. We would appreciate your kindness and respect our privacy during this time.’

The couple faced some backlash after getting together, and Tay actually quit social media before returning and later denying being the reason for their split.

‘Alright, enough with this BS. Stop talking s**t about us or her. They didn’t work out anymore and I had nothing to do with that, there’s no f**king upgrade, we are both good and different,’ she said. ‘When y’all was hating on us, she was the first one to text and check on us.’

Sammy would propose to Tay in June during a romantic trip to Paris, and two months later they have tied the knot.