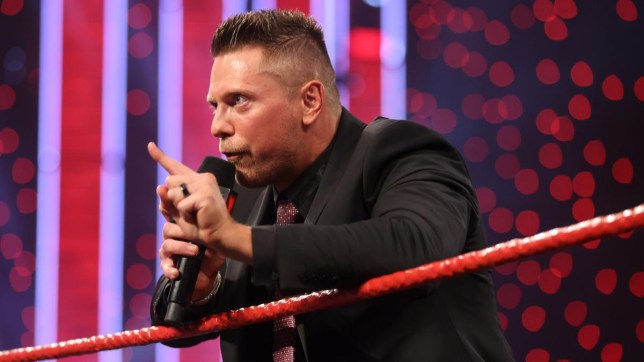 The Miz is out of the title match (Photo: WWE)

WWE provided plenty of shocks during a stacked episode of Monday Night Raw – and Kofi Kingston is set for Elimination Chamber 2021.

Two years after KofiMania ran wild leading to his first world title win, the New Day superstar earned his way into the same match with a chance at capturing the WWE Championship held by Drew McIntyre.

The company actually corrected one of its recent baffling creative choices, with McIntyre’s Miz TV appearance in the opening segment descending into violence.

The champ cracked his rival with a headbutt, which led to Miz pulling himself out of the Chamber match because he already has his guaranteed Money In The Bank title shot.

After some discussion with Adam Pearce, Miz was set for a match with Kingston with the stipulation that either John Morrison or Kofi would get into the Elimination Chamber on Sunday, depending on who won.

In the end, Kofi hit the Trouble in Paradise to earn his way in, and potential paving the way for RETRIBUTION leader Mustafa Ali to get revenge for Kingston’s fairy tale story in 2019 coming at his expense. 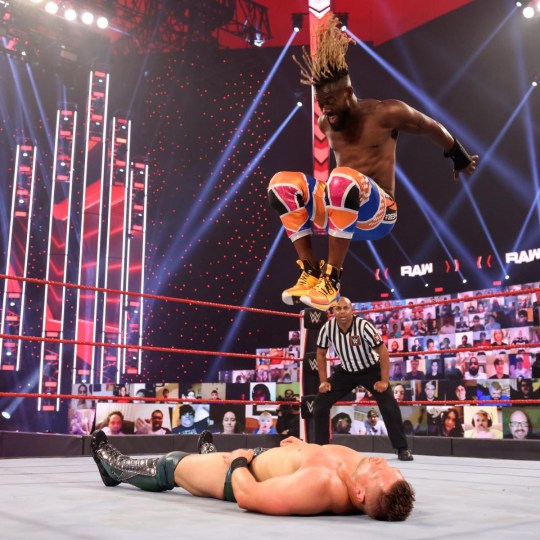 Kingston defeated The MIz to earn his shot (Photo: WWE)

Finally, much of the last third of the show was taken up with a Gauntlet Match to determine who would enter the Chamber last on Sunday.

AJ Styles and Kofi – nursing a knee injury from his match with Miz – started us off with a fine exchange, including Omos chokeslamming Xavier Woods at ringside.

The Phenomenal Forearm earned Styles the win, with McIntyre himself coming out next as the pair showed their chemistry in the ring en route to Drew winning with a Claymore.

Jeff Hardy was out next for some more fun action, although he too fell to the Claymore as the WWE Champion kept on rolling.

Then Randy Orton joined McIntyre in the ring after their long rivalry, but the action was cut short when Alexa Bliss’ face appeared in the ThunderDome crowd, which distracted the Viper and caused him to be counted out.

Finally, Sheamus attacked his old friend Drew from behind, battling with the champ en route to a Brogue Kick to give himself a major advantage on Sunday.

The opening match of the night pitted Riddle – who will face Bobby Lashley for the United States Championship at Elimination Chamber – and Lucha House Party against Hurt Business’ MVP, Cedric Alexander and Shelton Benjamin.

The action was good, with the Original Bro, Lince Dorado and Gran Metalik winning in the end – but the real surprise was Tom Phillips questioning Keith Lee’s health, and hinting he may not be in the US Title match this weekend.

Elsewhere, Damian Priest helped Bad Bunny win the 24/7 Championship from Akira Tozawa moments after he won the title from R-Truth. 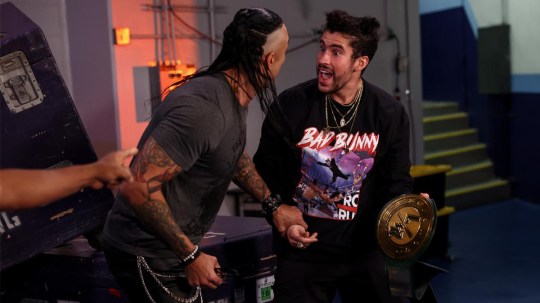 Back to the ring, Charlotte Flair and Asuka teamed up once again against Lacey Evans and Peyton Royce, with the latter carrying most of the work for her team.

Lacey kept avoiding being tagged in before it couldn’t be avoided, but the Sassy Southern Belle saved herself by revealing her pregnancy.

The match ended there, with Ric Flair celebrating as if he could be the father.

Backstage, Randy Orton hyped up his chances in the aforementioned Gauntlet Match, but we moved onto Alexa Bliss by the end of his promo.

She was seen with her eyes closed with flickering images of ‘The Fiend’ Bray Wyatt on fire at WWE TLC last year.

Bliss opened her eyes, and dropped some dirt while saying ‘ashes to ashes, and dust to dust’, and picking up a candle.

She promised while He was destroyed in that fire, in the future he will be reborn before she was revealed to be in the middle of a pentagram – so it sounds like The Fiend is poised for a comeback.

Finally, Lana and Shayna Baszler faced off in an unremarkable and predictable match, with the latter the rightful winner while Nia Jax and Naomi clashed at ringside.