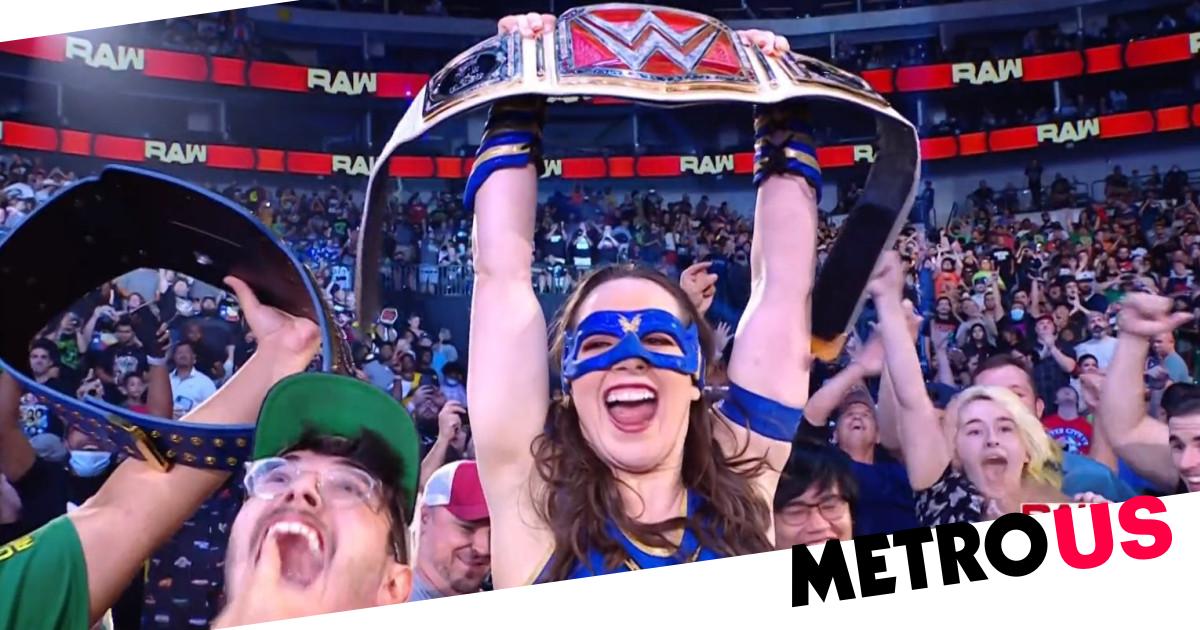 Almost a Superhero – and now a champion (Photo: WWE)

WWE Raw had a lot to live up to after SmackDown and Money In The Bank and delivered as Nikki A.S.H. successfully cashed in on Charlotte Flair while Goldberg, Keith Lee and John Cena all returned to the red brand.

It was a show of two halves but it ended on an undoubted high as the Scottish superstar cashed in after a great main event between Flair and Rhea Ripley to become the new Raw Women’s Championship.

The match was made earlier in the night, and Charlotte responded to fans chanting for Becky Lynch by insisting The Man was ‘at home breastfeeding’ while the Queen’s holding down the division.

Just one night removed from an all-time great bout at MITB, the two rivals showed off their chemistry here as they delivered another good showing with Flair using the title to get herself disqualified.

The Nightmare attacked after the bell and Nikki A.S.H. ran down to cash in on the fallen champion to the delight of the live crowd.

What a wonderful moment, and a shake-up the red brand desperately needed! 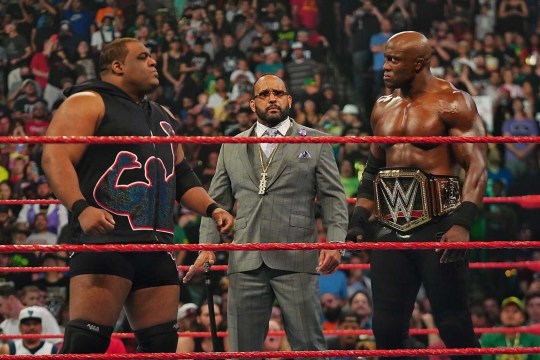 The first big surprise of the night came as Bobby Lashley and MVP stepped out to hype the WWE Champion’s renewed attitude and await an answer to his open challenge which was answered by the Limitless One.

The pair put on a great sprint with Lashley looking strong after decimating Kofi Kingston at Money In The Bank, although Lee didn’t lose much despite the convincing defeat.

Bobby didn’t have time to soak in the victory though as Goldberg’s music hit and the Hall of Famer came out to a great response from the live crowd, with the former world champion simply laughing in Lashley’s face and roaring ‘I’m next’, setting up a SummerSlam brawl between the two heavyweights.

John Cena started the show, soaked up the adulation from the crowd and recalling the previous night, before addressing his comeback and the reason behind it.

The 16-time world champion called out Roman Reigns, branding him an ‘a**hole’ who isn’t as ‘over’ as he thinks he is and promising to be at SmackDown on Friday after hinting at a SummerSlam clash next month.

He was interrupted by Riddle, as the pair had a bro-off with Cena (and the crowd) loving every damn second before The Viking Raiders came out for an opening six-man against John Morrison, AJ Styles and Omos.

The two sides had a really fun bout, with the ending coming as Riddle stole a drip-stick from The Miz and spraying Omos, leading to the giant – who tossed JoMo through the middle and bottom ropes – stalking the A-lister as Styles tried to hold him back, allowing Erik and Ivar to get the win.

For the first time in a long time, Elias sat in the ring ready to deliver a performance as the crowd did their bit, only to be interrupted by Jaxson Ryker before he came out for a rematch nobody asked for.

As fun of a car crash a Symphony of Destruction match can be, as a storyline Ryker and Elias just isn’t it, although the action itself and in particular the ending deserves some credit as Elias took a superplex to the outside through two tables which ended the bout.

Backstage, Mustafa Ali found out that he and Mansoor will be teaming up on next week’s show as the former RETRIBUTION leader tell him not to screw it up.

On a night somewhat defined by rematches (at least for the first half), Shayna Baszler and Nia Jax’s championship opportunity match felt like Groundhog Day when Reginald’s botched interference cost them against Natalya and Tamina.

The Queen of Spades ranted about how far they’ve fallen, but it was Jax who headbutted Reggie to send him to the mat as the fans chanted that he sucks.

There was some 24/7 nonsense after this before the former Cirque du Soleil star showed off his athleticism and defeated Akira Tozawa for the gold.

Humberto Carrillo made a valiant effort against Sheamus in a championship challenge set up earlier in the evening, but the Celtic Warrior won with a Brogue Kick in a fun match which should signal the end of their feud.

Later in the night, birthday boy Jinder Mahal was flanked by Shanky and Veer as he recapped his recent issues with former 3MB teammate Drew McIntyre, with the latter interrupting a hilarious birthday singalong with a steel chair and making an example of Shanky.

Up next, NXT champ Karrion Kross made an intimidating entrance (albeit without Scarlett Bordeaux, which didn’t help garner a reaction from the crowd) before losing to Jeff Hardy (coming out to No More Words) in a blink and you’ll miss it match which ending as the Charismatic Enigma put his foot on the ropes to steal a win.

Kross insisted Jeff made the ‘biggest mistake of his life’ and vowed everyone will ‘fall and pray’, but it’ll take a lot to rehab him on the main roster after this misfire for an introduction.

Eva Marie and Doudrop joined Alexa Bliss and Lilly in a bizarre edition of Alexa’s Playground teasing more tension between the trio as Maria hit the deck and appeared flustered. 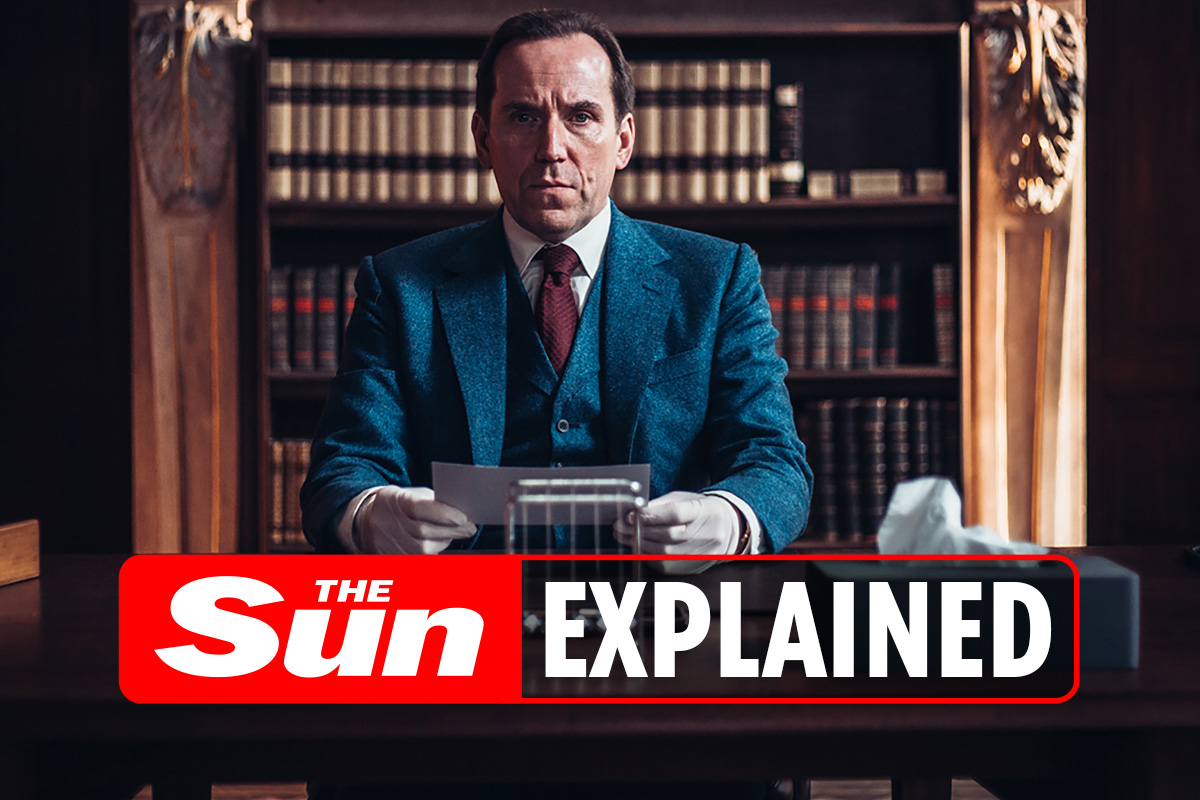