Zendaya shares worrying news for Euphoria fans ahead of season 2

While the TV series Euphoria isn’t known for its light-hearted storylines, Zendaya has warned fans that the second season in particular ‘is not going to be easy’.

The show tackles the teenage landscape of substance-enhanced parties and anxiety-ridden day-to-day life as it follows the lives of high school students.

At the centre of it all is Rue (played by Zendaya), a teenager recovering from drug addiction and trying to find her place in the world.

While the second season has been delayed by the pandemic, Zendaya has opened up about what we should expect.

‘It’s a difficult season. It’s gonna to be hard and it’s gonna be devastating sometimes, but I think Rue really deserves all of that care when it comes to her character because I think she represents a lot for so many people,’ she told Teen Vogue.

‘I hope to make those people proud with our depictions of Rue [and] where all the characters go. I think this season’s not going to be easy, though. 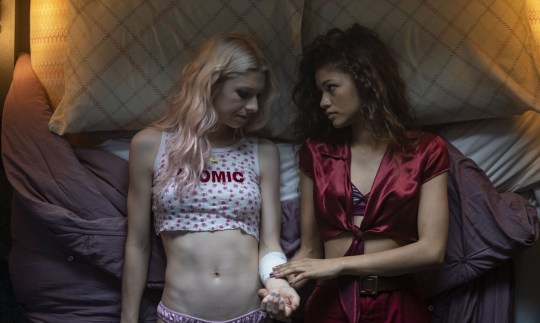 ‘It’s not going to be a fun watch, I don’t think. Sometimes.’

The cast and crew are remaining relatively tight-lipped about the new season but Zendaya’s co-star Sydney Sweeney has teased what to expect for her character Cassie.

‘I can’t really talk about any of the scripts, but they’re amazing. Cassie definitely goes through the wringer again. I know what happens [to her] but I don’t want to give it away,’ she told NME last year.

Zendaya made history in 2020 as the youngest woman to win an Emmy for best actress in a drama series for her performance in the show, winning against the likes of Olivia Colman, Jennifer Aniston and Jodie Comer to land the accolade.

She said: ‘I’m really, really nervous… I just want to say thank you to the TV Academy, to all the other incredible women in this category, I admire you all so much, this is pretty crazy. I don’t really cry! 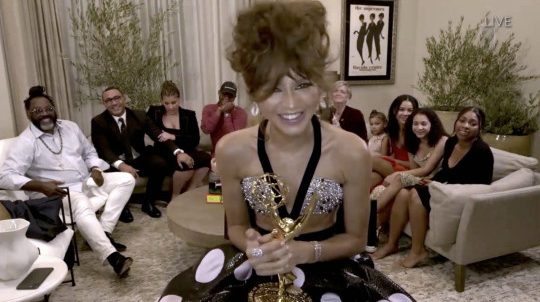 ‘To the incredible cast and crew of Euphoria, I’m so lucky to go to work with you every day and I’m inspired by everything you do.

‘And to Sam Levinson, I appreciate you so much and you’re my family, I’m so grateful for Rue, I’m so grateful that you trusted me with your story, and I hope I can continue to do you proud.’

Zendaya then reached out to fans as she continued: ‘I know that this feels like a really weird time to be celebrating, but I just want to say that there is hope in the young people out there.

‘I know that our TV show doesn’t always feel like a great example of that, but there is hope in the young people, and I just want to say to all my peers out there doing the work in the streets. I see you, I admire you, I thank you.’

A premiere date for Euphoria season two is yet to be announced but it is expected to air late 2021 or early 2022.