ONLINE retailer Boohoo has bought the Debenhams website and brand in a £55million deal.

The move leaves stores and staff jobs at risk, with the department store to relaunch as an online-only operation from next year. 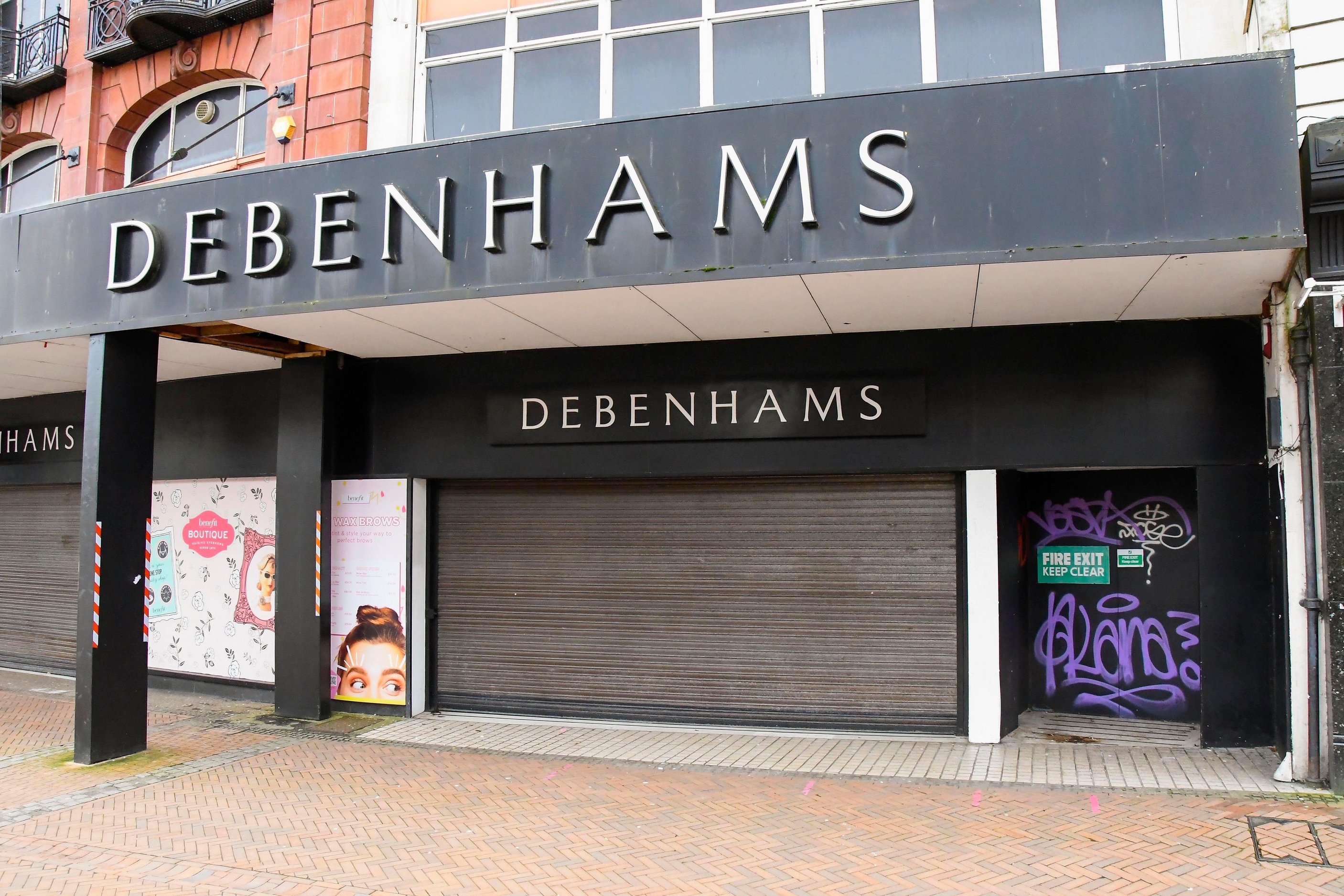 Boohoo has bought the Debenhams website and brand in a £55million dealCredit: Alamy Live News

Bosses said the deal will not include saving Debenhams’ stores which will close for good as part of a structured winding down of the business.

Debenhams announced its business would be wound down in December 2020, in a move affecting 124 shops and 12,000 jobs.

The retailer’s stores are currently shut due to lockdown rules, but shoppers can still purchase goods on its website.

Debenhams has already cut 6,500 jobs since May after falling into administration for the second time in April. 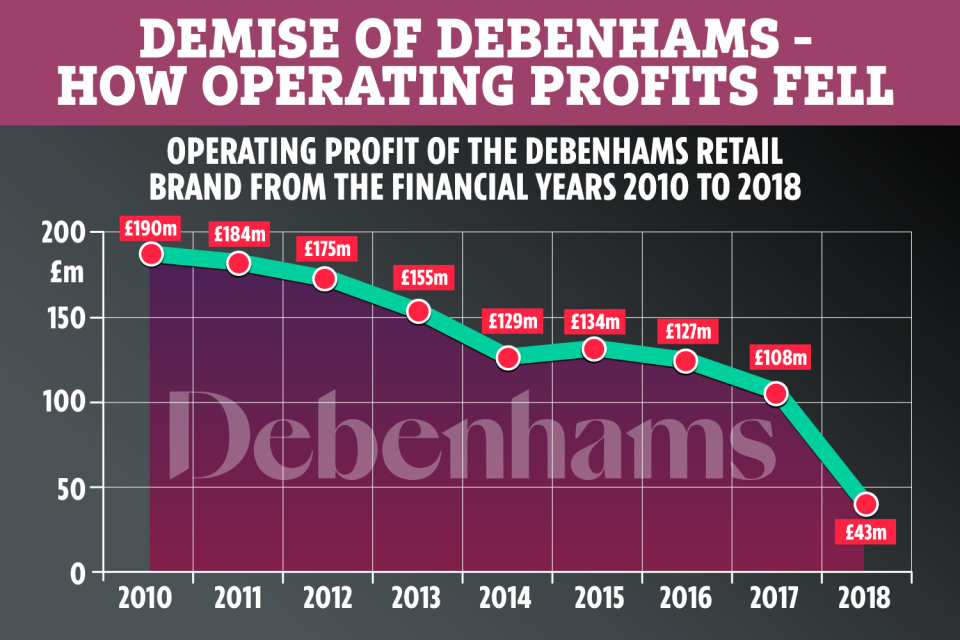 THE pandemic has pushed struggling retailers over the edge. Here are some other high-profile retail names hit by the virus outbreak:

Aldo shoe shop went into administration in May resulting in five UK store closures and it’s searching for a buyer for the remaining business, though franchised stores are not part of the process and concessions remain trading.

Benson Beds fell into administration in June with Harveys Furniture and was quickly bought back by its owners in a prearranged deal.

Brighthouse fell into administration at the end of March.

Cath Kidston went into administration in April and its online, franchise and wholesale arms were bought back by its owners resulting in the closure of 60 stores and 908 redundancies.

Debenhams is set to close all of its 124 shops permanently and disappear from the high street after rescue talks to save the chain failed in December.

Harveys Furniture, the UK’s second-largest furniture retailer, fell into administration in June and continues to trade and honour existing orders while it plans to close 20 stores and make 240 staff redundant.

Laura Ashley said in March it would permanently shut 70 stores and cut hundreds of jobs after appointing administrators.

LK Bennet brought in administrators last year and is proposing to close stores and reduce rents to save the business.

Oasis and Warehouse The British fashion brands fell into administration in mid-April after failing to find buyers, and online fashion group Boohoo said in June it was buying the brands but closing all stores.

Monsoon Accessorize went into administration in June and was then bought out of it by its founder. The deal meant 35 stores shut permanently and 545 staff were made redundant – but it also saved 155 stores and more than 2,500 jobs across the UK and Ireland.

Meanwhile, the majority of Debenhams’ current employees in the UK are currently being paid under the government’s furlough scheme.

The business was set to be liquidated after JDSports pulled out of bids to save the troubled department store chain.

The collapse came after Debenhams’ sales in the six months to October plunged to £323million versus billions in its heyday.

John Lyttle, Boohoo’s chief executive, said: “The acquisition of the Debenhams brand is an important development for the group, as we seek to capture incremental growth opportunities arising from the accelerating shift to online retail.

“We have developed a successful multi‐brand direct‐ to‐consumer platform that continues to disrupt the markets that we operate in.

“The acquisition represents an exciting strategic opportunity to transform our target addressable market through the creation of an online marketplace that leverages Debenhams’ high brand awareness and traffic through the development of beauty and fashion partnerships connecting brands with consumers.”

Meanwhile, online retailer Asos has bid to buy Topshop, Topman and Miss Selfridge brands from the Arcadia Group, which is the biggest operator of concessions in Debenhams stores.

Coronavirus restrictions and the closure of non-essential shops have caused scores of high street brands to struggle over the past 12 months.

Peacocks and Jaeger, which are owned by Edinburgh Woolen Mill Group, fell into administration last month, putting 21,000 jobs at risk.

Laura Ashley went bust in March, just before the lockdown was brought in, while fashion giants Oasis and Warehouse fell into administration in April.

Debenhams to close all 124 shops putting 12,000 jobs at risk as rescue talks fail

What if the key to improving your newsletter was just a click away? Most of the time, the problem with...

Check These 6 Things Before You Send Your Next Email Blast

A Trust Recession Is Looming Over the American Economy